Selenium is a micronutrient that is chemically very similar to sulfur. Selenium falls right below sulfur on the periodic table. A shortage of selenium results in white muscle disease and a host of other issues. 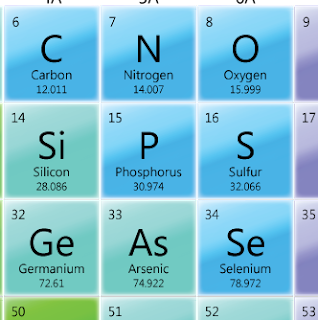 Plant species that are rich in sulfur are invariably richer in selenium than non-sulfur accumulating plants growing in the same soils. The roots cannot discriminate between the two elements.

How can you tell which plants are rich in sulfur and selenium? Well, they stink!

If you were to name the cuisines that make the heaviest use of cabbage, onions etc., what regions spring to mind?  Northern and Eastern Europe. 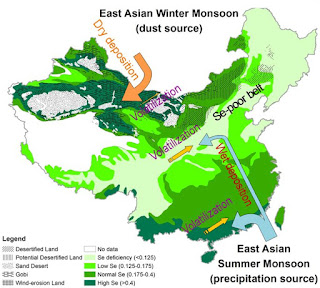 How about Chinese cuisines from Shandong to Hunan and Sichuan? 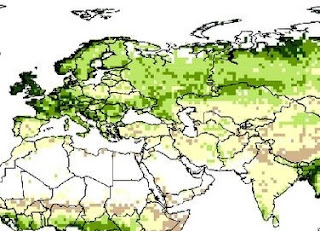 How about Indian cuisine? If our hypothesis is that cuisines that evolved in regions with selenium deficient areas tend toward, well, smelly...then one would expect some regions of India to be deficient in selenium.


As you can see, most of India is as deficient as eastern Germany, Poland and Belarus and northern Ukraine.

Correlation does not prove causality but it is fun to speculate.
Posted by Eaton Rapids Joe at 12:50 PM