A couple of blogs that might be worth looking at...

A couple of blogs that are outside the usual ERJ venue. 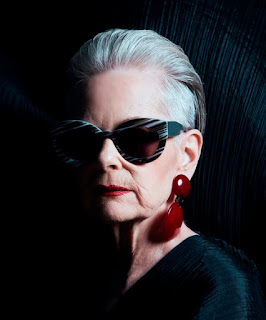 Lyn Slater was an unknown University Professor in Social work when she was standing in line to attend a fashion show when she became an accidental icon.  In her own words:

...I was having trouble finding a fashion blog or magazine that offered an urban, modern, intellectual aesthetic but also spoke to women who live what I call “interesting but ordinary lives” in cities. Women (like me) who are not famous or celebrities but are smart, creative, fashion forward, fit, thoughtful, engaged, related and most importantly clear and comfortable with who they are..


A papaprazzi covering the event "mistook" her for a celebrity based on the verve of her wardrobe and the panache with which she carried herself.  It was a photographic feeding frenzy.

Gifted with an audience Lyn decided to use her voice.  The accidental icon:

The AnarchAngel
NOTE:  I received several emails informing me that this is a scam.  I am leaving it up as a flag and as a personal reminder to check things out more carefully in the future.

It helps to first read an essay from one of the author's earlier blogs.

Two-and-a-half years later the family is battered by the slow moving hurricane called Cancer.  Cancer sucks, but it sucks even worse if you have few financial resources.  Gritty narrative with minimal amounts of self-pity.

Added:  Read the comments before donating...
Posted by Eaton Rapids Joe at 3:00 AM