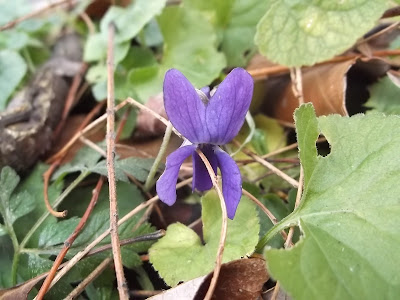 I wondered if the seeds I planted last week would be able to shatter the clay clods.  I decided to run an experiment.

I mixed five grams of Maximilian Sunflower seeds with 300 grams of dried, clumping cat litter.  I split the batch in two.  Half the batch I treated in the normal manner.  That is, I mixed with water and formed Rum Balls. 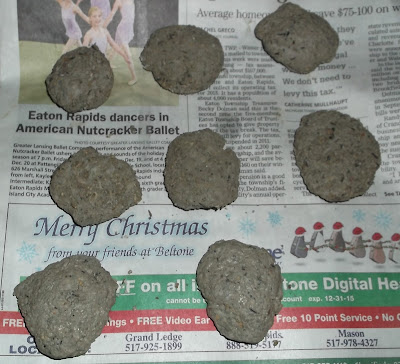 The other half was mixed with an equal volume of 17% protein hog feed.  My thinking was that the corn based feed would disintegrate more quickly in the weather and that the decomposing protein would fertilize the young seedlings.  Water was added to the clay/hog feed mix until a moldable consistency was reached.

The flat will be left outside over the winter and germination success will be evaluated about June 1, 2016.