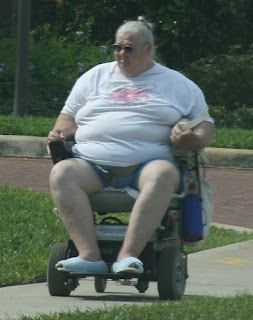 There is still basic science that needs to be done that is within the reach of any moderately intelligent person.

Some of the most fundamental questions have not been asked.  Either that, or developing the data was judged to be too tedious or to difficult to pursue.

How far can you walk?

Recently, I have been asking folks to estimate what percentage of United States citizens can walk 3 miles in less than two hours.  Estimates ranged from 15% to 90%.  The center-of-mass for the estimates seems to be 65%.  That means that 35% of the population either could not, or would not walk 3 miles.  (Note:  Non-functional footwear was mentioned as a "deal breaker" with regard final outcomes.)

I submit that being able to break the population down into percentiles based on how far they can walk is a crucial piece of data when evacuating people or setting up aid stations after a disaster.  Ability to walk is also a marker for overall health status.

The ability to walk is not trivial.  One source states:


Sadly, information that fleshes out the "least capable" end of the curve is simply not available.

A search on the internet reveals a dearth of information.  The small amount of information that is available is on the "fit" end of the curve.  It may be no surprise but people who find it painful to walk seldom volunteer to walk to the point of exhaustion.  For example, this study selected its subjects by randomly mailing solicitations to subscribers of Walking Magazine.

Public transportation agencies have rules-of-thumb regarding the spacing between stops and the maximum allowable size of a "watershed" feeding a bus or train station.  This is primarily based on empirical data.  Increasing the size of the "watershed" is subject to the law of diminishing returns with regard to increased ridership.  In part, this is why bus routes depleted rail ridership.  The economics of bus routes makes it much easier to create a network while the economics of rail leaves large "chunks" under served.


Walking-to-exhausting requires time, facilities and a willing subject base.  Most researchers opt to measure self-selected walking speed as a proxy for fitness.  Walking speed can be measured nearly instantaneously and it can be collected by observing subjects "in-the-wild".  One piece of basic research that would be valuable would be to map walking speeds of 12th%, 50th% and 88th% (Gaussian Integration points) speeds to maximal walking distances.  This could be done with as few as nine women and nine men.  At $20 (stipend) a piece, that comes to basic science being advanced for the princely sum of $360.


One of the challenges to collecting data is to find a gate that the "least fit" will pass through.  One suggestion is to collect data at "Dollar Stores", Walmart and The Secretary of State.

People who are less physically fit are often less wealthy.  "Dollar Stores" minimize filtering of the "least fit" end of the curve because they offer lower prices and, typically, less travel distance than most other shopping options. 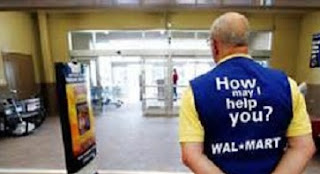 Walmart is the single largest retailer in the United States and may be the single most representative source of data on the US population.

The Secretary of State is where one must go if one wishes to drive.  That includes EVERYBODY except the most pathologically obese.

If the Internet can be trusted, there are "apps" that can be downloaded to smartphones that mimic radar guns.  Some of the apps are specifically for data collection.  The primary audience for these apps is to collect stats on athletes like pitchers, golf swings, etc.  Collecting data would involve setting up the smartphone and triggering it every time a customer approached the door.

It is mind boggling, but nobody has a handle on how "non fit" the least capable 25% of the American public truly is.  Suppose we learned that a nuclear device was to detonate in the center of a densely populated city within two hours.  Suppose that any prospect of survival involved being at least three miles from the point of detonation.

How many would make it?
Posted by Eaton Rapids Joe at 2:42 PM