Kubota Gets a Puppy

Kubota picked out a puppy this afternoon. 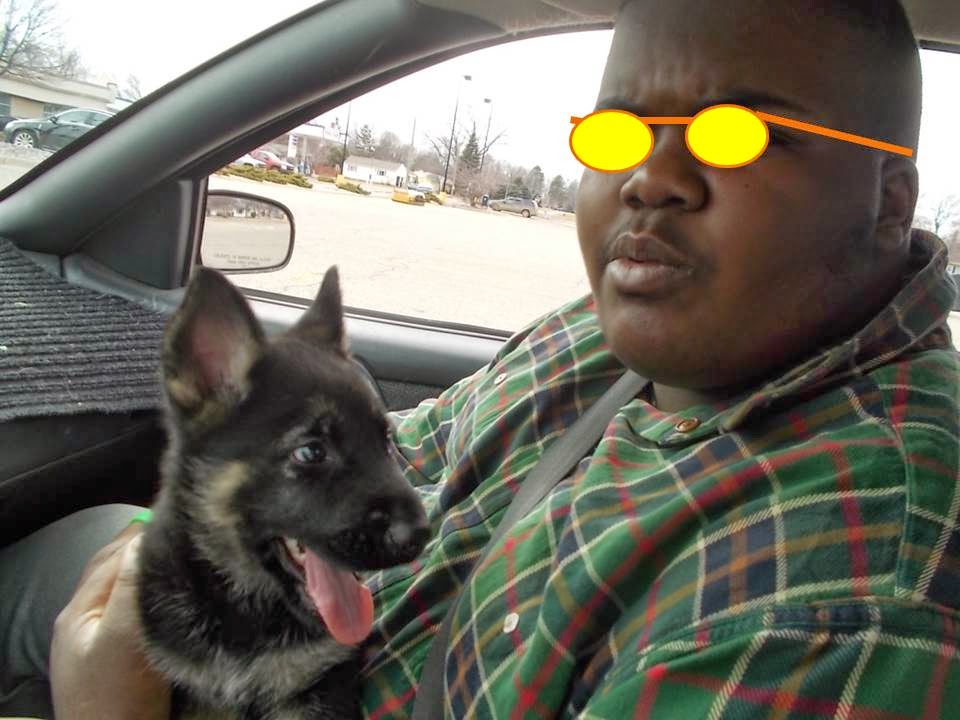 German Shepherd pup.  About six and a half weeks old.  Mama is sable.  Daddy was big (about 125 pounds), fluffy and very dark.  There were eleven pups, all from the same litter.  Seven girls and four boys.  The breeder has breeding records back to when Adam beaned the first proto-dog in the head with an aurochs bone.

His name is Zeus.  The intelligence of German Shepherds is much exaggerated.  I have yet to see one brew a decent batch of beer or do a decent job tuning up an automobile.

He is extremely verbal and appears to be about 98% water based on the amount of urine generated.

The breeder was a little taken aback when I asked if she took personal checks.

It was only later that I thought about how we showed up.  I was driving the 14 year old Cavalier with a space saver spare on it (we had a flat pulling out of the driveway).  I was dressed: grubby jeans, running shoes with the sides blown out, stained tee-shirt and my best "chicken coop" hat.  I looked like I did not have two quarters to rub together.