Nothing spoils a breed faster than affluence and breeder-enthusiasts 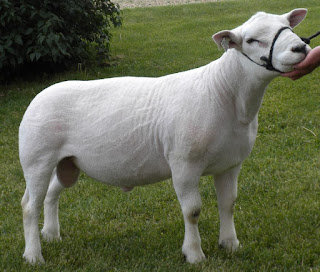 It is easy to become cynical if you study the introduction of new breeds of animals and fruit cultivars.

Somebody will stumble across a new breed in Europe or Asia, South America or Oz. They will import seedstock. Producers will clamor for studs. The first producers will report phenomenal results.

The price per breeding pair goes through the roof.

The first two tiers of producers make a killing.

And then the performance fizzles and tiers three-through-infinity never make back the inflated prices they paid for the miracle breed. 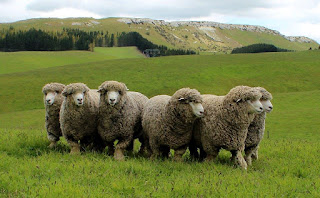 The same thing occurs in breeds released by US breeders: Corridales, Columbias, Targhees, Polypays. Claims of eye-popping performance that peters out the farther it gets from the release. 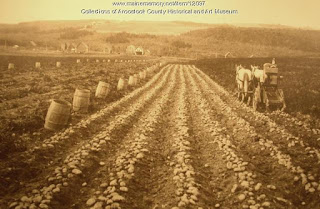 The same thing happened with potato cultivars. Phenomenal yields when first released and then creeping senescence.

Geneva apple rootstocks seem to be shrinking. Initial reports out of New York said that G.935 was 50% the size of standard and now it produces trees that are 35% of standard.

Releases that produced one size of tree in New York with close-to-ortet generations are producing much smaller trees in Washington State with later-generation clones.

What is the deal?

In the case of of potatoes three contributors have been nominated.

Potatoes by the nature of how they are propagated and how densely they are planted are vulnerable to virus. The virus load grows over time and the older varieties struggle. Imagine trying to work when suffering from the flu, a cold and the johnny-trots all at the same time.

Another factor that has been nominated is simple aging. Plants lose vegetative vigor as the generations get farther and farther from the original ortet. Senescence is a real thing. Four-year-old children can scratch their arm and it heals in three days. Me, at sixty, it takes two weeks. Perhaps there is a clock that allows cells to divide a finite number of times before shutting down.

A third factor is that older plants are not homogeneous masses of genetically identical cells. They accumulate junk mutations. Were you able to dissolve the bonds between the individual cells and then regenerate plants from single cells you would see startling differences between the plants. But, like a crowd viewed from a distance, those differences are lost in the larger organism. That said, those junk mutations can diminish organism performance.

The loss in performance in animal breeds is probably related more to the loss of heterosis, i.e. inbreeding depression.

A typical breed importation scenario has a scientist going to the breed's home country and selecting as large of a genetic base as can be found. Sires and dams are selected from the center, north, south, east, west, low elevation and high elevation. They are brought to this country and put into quarantine and the breeding lines are kept separate.

The lines are recombined and then released to the animal breeding public. The public swoons.

And then the breeders quickly start line-breeding to "fix" traits. Sometimes they line-breed due to the expense of out-of-line sires.

The most heritable traits become more uniform and the economic viability of the breed simultaneously crashes.

This is probably due to the County Fair or the AKC syndrome where uniformity and "style" is valued above all else. Isn't that what breeds are all about?

The entire concept of "breed" did not get legs until after 1800. There were wool sheep and there were sheep that thrived in places where wool sheep struggled. There were native land-races of cattle in Herefordshire and Scotland and Switzerland and various regions of France and the Lowlands.

There were no "breeds" of terriers. There were dogs of a size and temperament that were suitable for the food resources and vermin endemic to the region. The vermin were likely rats and might be as big as feral pigs. In that case there might be two general families of dogs; little ones and big ones.

Paint me as skeptical about some of the stories of Tibetan monks breeding special dogs to attract fleas so Buddha would not be offended by the monks slapping fleas. Great stories sell dogs and horses and cattle and sheep.

We did not find ourselves awash in breeds until we had enough discretionary income and we could afford to let function become less important than style.

We might not always be that wealthy.
Posted by Eaton Rapids Joe at 8:11 PM