Lions and Shingles and Ebola, Oh My!

What do Puma concolor, Shingles and Ebola have in common?

You never know when or where they will show up.

My brother-in-law saw a Puma concolor, a Mountain Lion, on December 6, 2015 at 3:30 AM.  He was northbound on I-69 (a name that provides much merriment to the college kids and an expense to MDOT as they keep replacing highway signs) somewhere between mile marker 42 and 46.

Young males are highly migratory.  They get pushed out of their home territories by mature males and then go looking for romance.  Large predators can travel a thousand miles over the course of months.  One can show up anywhere in the continental United States.

Departments of Natural Resources tend to be coy about reporting repatriated species, especially iconic predators like bears and cougars.  They are afraid some yokel will hunt down the young family and kill them.  Rumor has it that the DNR knew of a denning bear within 12 miles of downtown Grand Rapids.  The Grand Rapids metropolitan region had a population of 1,021,703 in the 2010 census.  I am not sure if the counted the bear or not.  The point is that biologists have learned to keep their mouths shut.

I have no doubt that my brother-in-law saw a cougar.

Two of the people at the last Christmas party I attended had experienced Shingles.  One of them was currently suffering an outbreak.  The other had recovered after losing a couple of months of work.

Shingles is a flaring up of the Chicken Pox virus that has quietly remained dormant (latent) in the central nervous system for decades.  There are certain conditions that make a flare-up more likely: 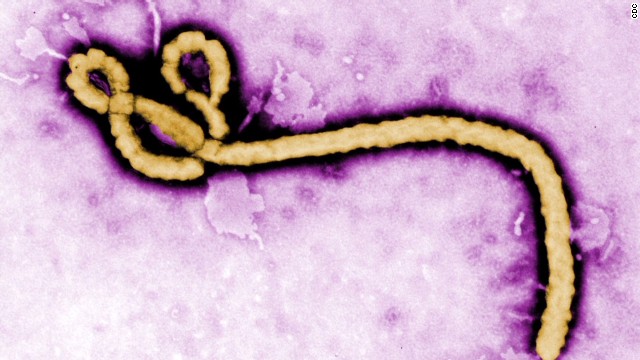 It now appears the Ebola has the ability to hide within its victim's bodies much like the Chicken Pox virus.  The latest news out of Liberia is of an Ebola survivor, hither-to-fore considered completely immune to future Ebola infections, became symptomatic when pregnant....and infected several people in her circle. I guess the bottom line is to be a bit paranoid of anybody exhibiting "hemorrhaging" symptoms, even if you are in Best Friend, South Dakota or Birkenstock, Connecticut.
Posted by Eaton Rapids Joe at 9:14 PM