In his first act as President of the United States, Bernie Sanders signed a vaguely worded Executive Order making Modern Monetary Theory the de facto law of the land.

Like most folks in fly-over land, I thought the shenanigans would not impact me.

I was right, at first.

Modern Monetary Theory contends that money is just numbers. They compare money to inches. How can you run out of inches. There are always more.

The first Federal agency to really grasp the implications was the Labor Department. They decided that it only made sense to use the number of employed in the denominator of the employment statistics. By definition, (the number employed) .divided by. (the number employed) is 100% employment and there was no need to report any other numbers. The entire Department took a long lunch...about three weeks long. Time, after all, is just a number.

I first noticed MMT's impact on Main Street when I went to the lumber yard to buy some building materials.

Millie, who runs the yard, was struggling to keep up with prices and to keep the yard stocked. Guy, the fellow who is usually at the cash register had the answer.

Going around back to load the truck, Charlie came out with a scant handful of furring strips.

"Did you pay with dollars?" Charlie asked.

"Inches are just numbers. These are 2-by-4s if I say they are 2-by-4s. And I am holding a hundred of them, if that is what I tell ya." Charlie said. 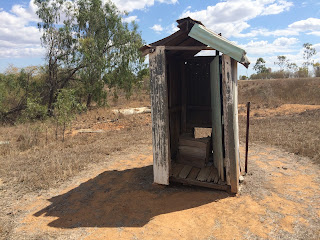 I had to scale back my building project. The good news is that I was able to sell the 6000 square-foot mansion for $23M through an on-line broker. Hey, square-feet are just numbers...

Posted by Eaton Rapids Joe at 8:25 AM