Don't call it "Medicare for all"

Medicare is partially funded by a 2.9% tax on payroll. Participants become eligible for Medicare AFTER about forty years of those non-voluntary deductions.

While not enough to fully fund Medicare, it is real skin-in-the-game for those whose paychecks were diminished by almost three percent. 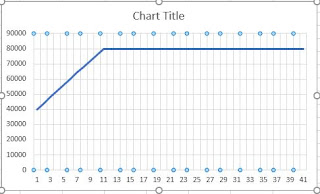 Lets take a hypothetical person who has some skills. They start with wages of  $40,000 per year and their pay doubles to $80,000 over the first ten years of working. Then their wages stagnate.

If that 2.9% in lost wages had been made available to the employee and they rolled it into an IRA or 401-k, it would accumulate into a tidy sum. By my figuring, a real, 3% average annual return would put $164k in the account by the day they retired.

Don't call the Socialist's plan to control access to heathcare "Medicare for all". It is a straight-up give away.
Posted by Eaton Rapids Joe at 7:43 AM