I invited one of my nephews to go shooting.

He does not come from a "shooting" family.  He is a senior at Michigan State University and he is studying to be in "media".  I told him that I owed him a quick education in firearms because he might report on them someday.  I also extended the invitation to anybody he thought might have a similar need to know.

He accepted instantly and already knows who he is going to bring.


If you had the ability to go back in time and give the typical media "talking head" two or three hours of firearm training, what would you teach them?

Here is my first draft.  All comments will be appreciated.

Lead-in:
You are with your family enjoying a quiet meal at a restaurant near a shopping mall.  You see a disturbance in the parking lot. (Show footage of Reginald Denny beating.)  Loud music will be playing on the radio to add ambiance. 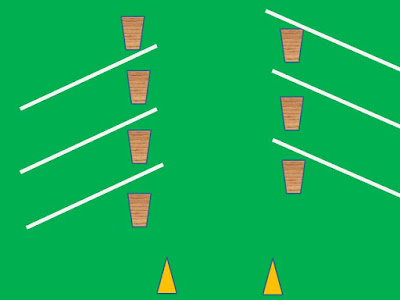 The course will be run first with a revolver.  Only hits count.  You die if you run out of bullets before you get to "safe".

Then the course will be run with the 9mm with the standard capacity magazines.

I really want to run this with "Dad" pushing a beach ball backwards with his feet to simulate a clingy/curious three year old child.

At end of drill I will ask participant what detailed questions about the "shooters" and what music was playing on the radio.  This is to demonstrate sensory occlusion caused by massive adrenaline dumps.


Lots of situational demonstrations.  Relatively little talk-at-them.  It will be a success if they learn firearm safety and have a little bit of fun.  Everything else is a bonus.

Do I have too much? Is it too complicated?

Your advice will be much appreciated.
Posted by Eaton Rapids Joe at 11:35 AM