Nothing can kill you faster than "stupid" 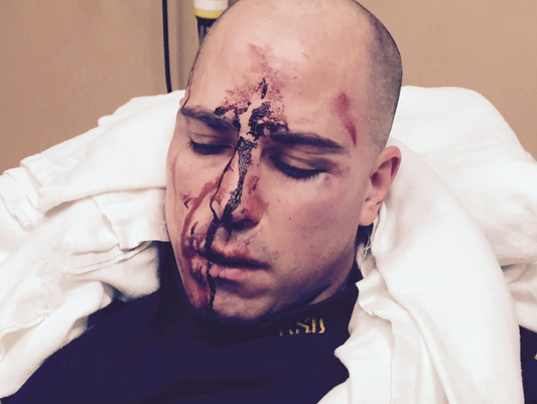 Eaton County, Michigan experienced two citizens killed by the county police in the last year.  This is a high rate of death-by-cop considering our modest population.

The first death involved a young man "with a record" violating parole.  The vehicle he was driving left the road.  He greeted the police who arrived to render assistance with gunfire.  Nobody's knickers are in a knot over this death.

The second death involved a high school student returning home from his girlfriend's house.  The policeman's testimony, substantiated by the dash cam, is that the student initiated physical conflict.  The policeman first attempted to subdue the student with his taser with no significant effect.  The student continued assaulting the policeman.  The policeman escalated to lethal force.
The policeman was exonerated in the investigations that followed.

The parents of the student filed a wrongful death suit in federal court against the policeman (who is just a working stiff), and presumably, against the county (which has insurance).

The money-grubbing attorneys are attempting to first try the case in the court of public opinion, and presumably pressure the county (and insurance company) into an out-of-court settlement.  It is necessary to have media coverage to make this strategy work.


Consequently, we have the classic "Hundreds protest on the Capital grounds" with the crowd estimate supplied by the attorneys but few pictures of the crowds.


Several of the quotes land with a thud.
I get impatient with this kind of theater.

I have a sixteen year old boy.  There are moments when he is as impulsive and as blinded by tunnel-vision as anybody on this planet.  We drill him on how to interact with people in authority, especially people who carry firearms.

In spite of our best effort, there will be times when our kids do stupid things.  ERJ's Law of Threes
Nothing can kill you faster than "Stupid".   It pisses me off when shysters try to turn "stupid" into a revenue stream.  I hope the suit gets tossed out of court or the plaintiffs have to stand the cost of the other side's defense.