A quick tutorial on "plyometrics".

There are two kinds of muscle tissue:  Slow twitch and fast twitch. 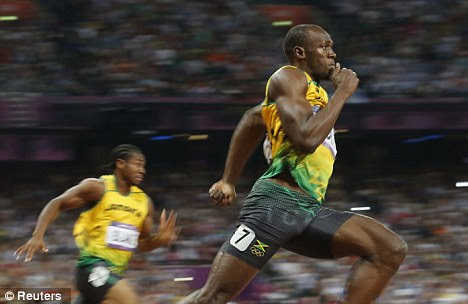 While functional humans require both kinds of muscle tissue, most extreme events place a premium on fast twitch muscles.  Think of a middle aged person losing their balance after encountering some ice.  The muscles used to either regain balance...or fail...are those fast twitch fellas.  Same deal for thwarting  that mugger who tried to knock you over or  breaking that lug nut loose on the flat tire you got out in the hinterboonies.


Plyometrics seeks to create "cat like" performance by recruiting the maximum amount of fast twitch muscles.

Disclaimer:  A foundational level of fitness must be in place before trying this stuff.

The idea behind plyometrics is eccentric loading.  Consider jumping off of the bottom step and then springing back on to it.  At the time of contact your muscles must exert force while being stretched out.  They must continue to exert force after reversal of direction.  Other examples of plyometrics would involve catching weights (like medicine balls) and throwing them back without holding them.  Clapping your hands while doing push-ups are another example.

The first time you see this video you might not notice that many of the jumps are off one leg. Fun stuff.

In this video you get to see Chris jumping off of one box and bounding onto the next.