Ground Nuts, Apios americana were likely brought to this region by the hand of man...or woman.  Most of the plants north of the Ohio River are triploids, that is, they do not set viable seeds.  That means they were spread by tubers.

Some varieties (and another) have been selected for improved agricultural performance, including some from Japan of all places.

The ones I dug up were not the "improved" varieties. 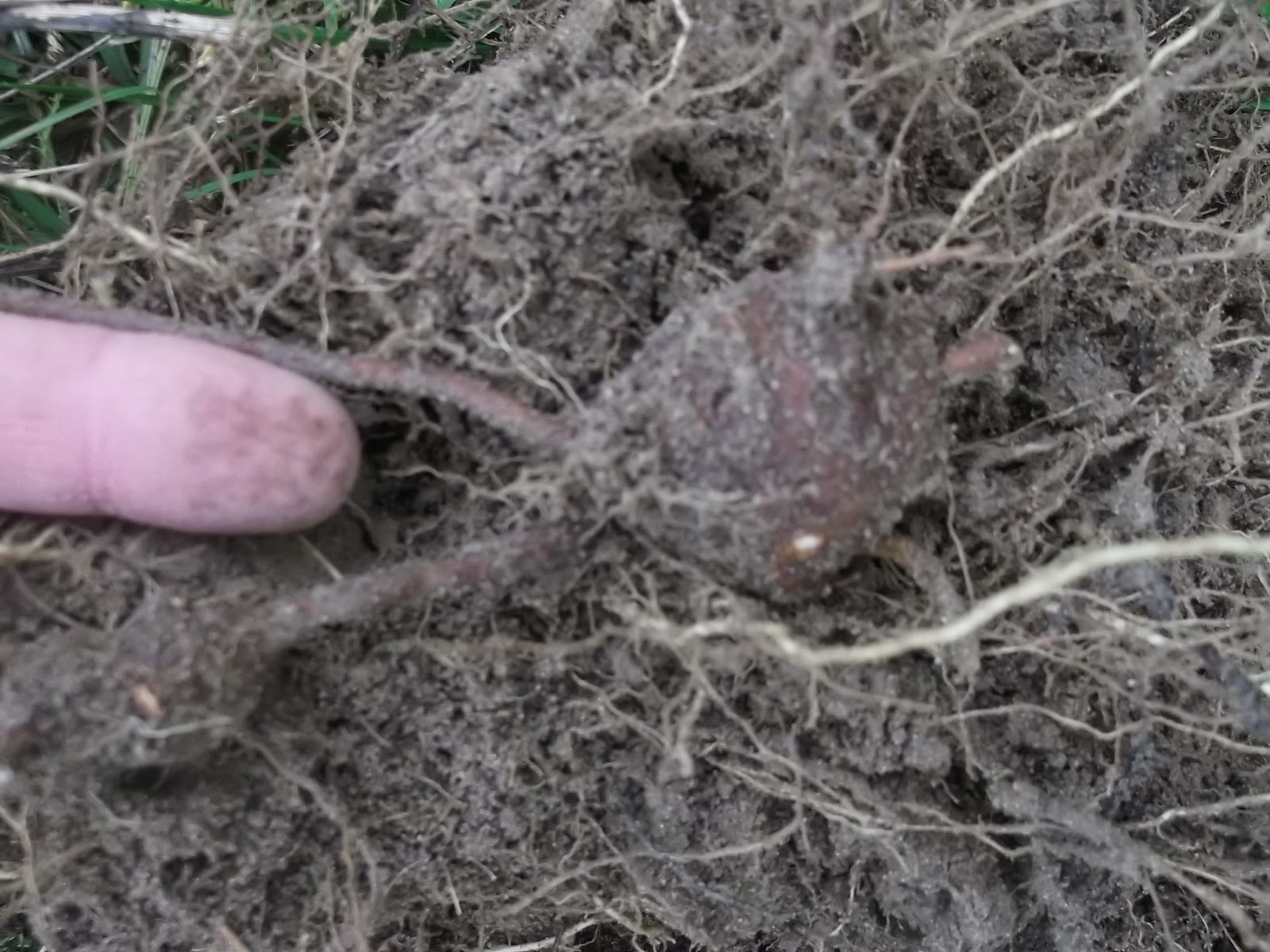 
Efforts to dig hog peanuts were a bust.  I found about three of the little tubers.  I harvested them and some dirt from beneath the plants.  Later, I scattered it where I had planted the above ground seeds.  My hope is that enough of the symbiotic bacteria that fix nitrogen will survive and find the roots of the germinating seeds.


It looks like the only way I will get to eat Chestnuts this year is in the form of venison. 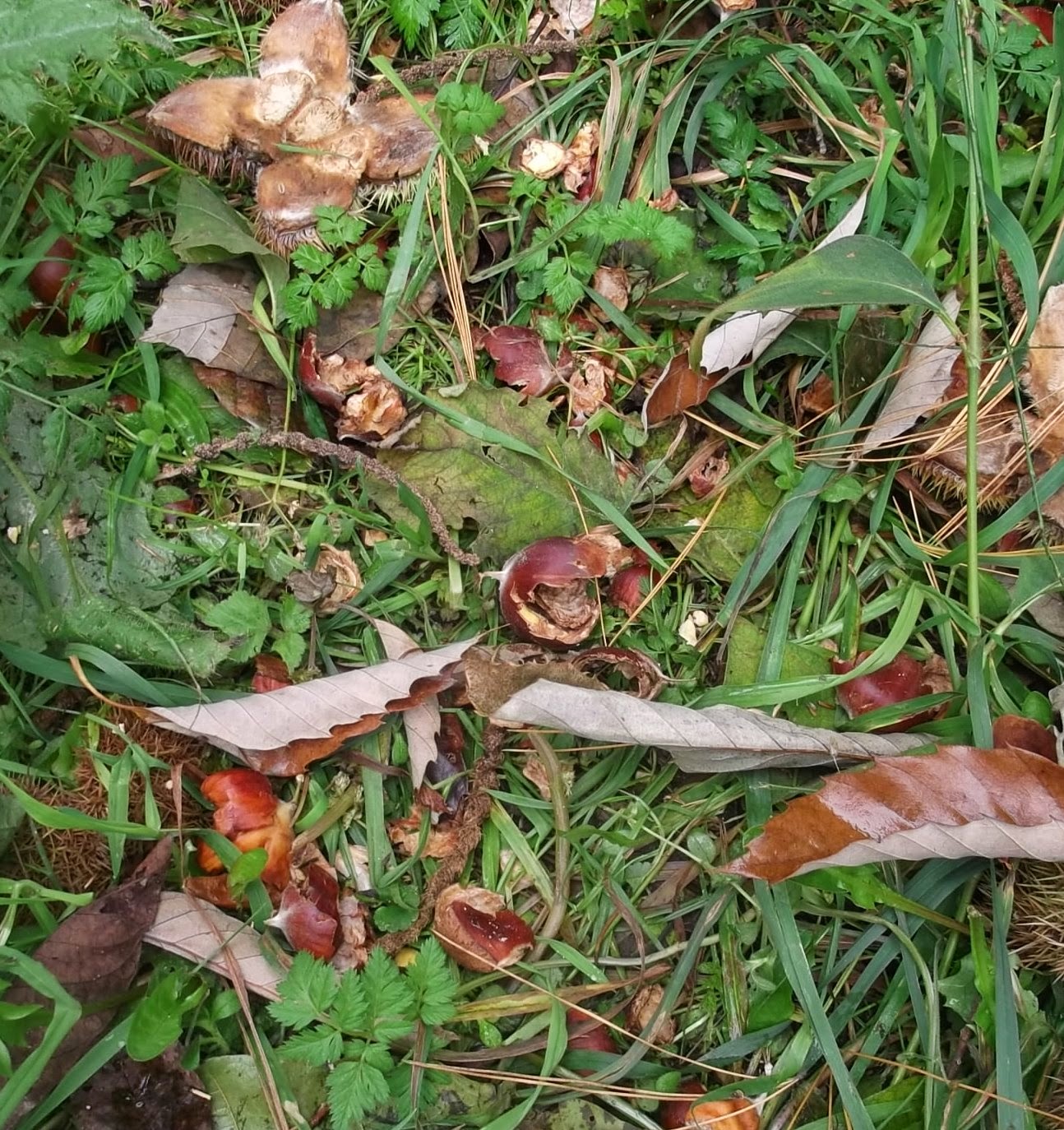 I did shake down one or two burrs to demonstrate the proper way to pop out the chestnuts. 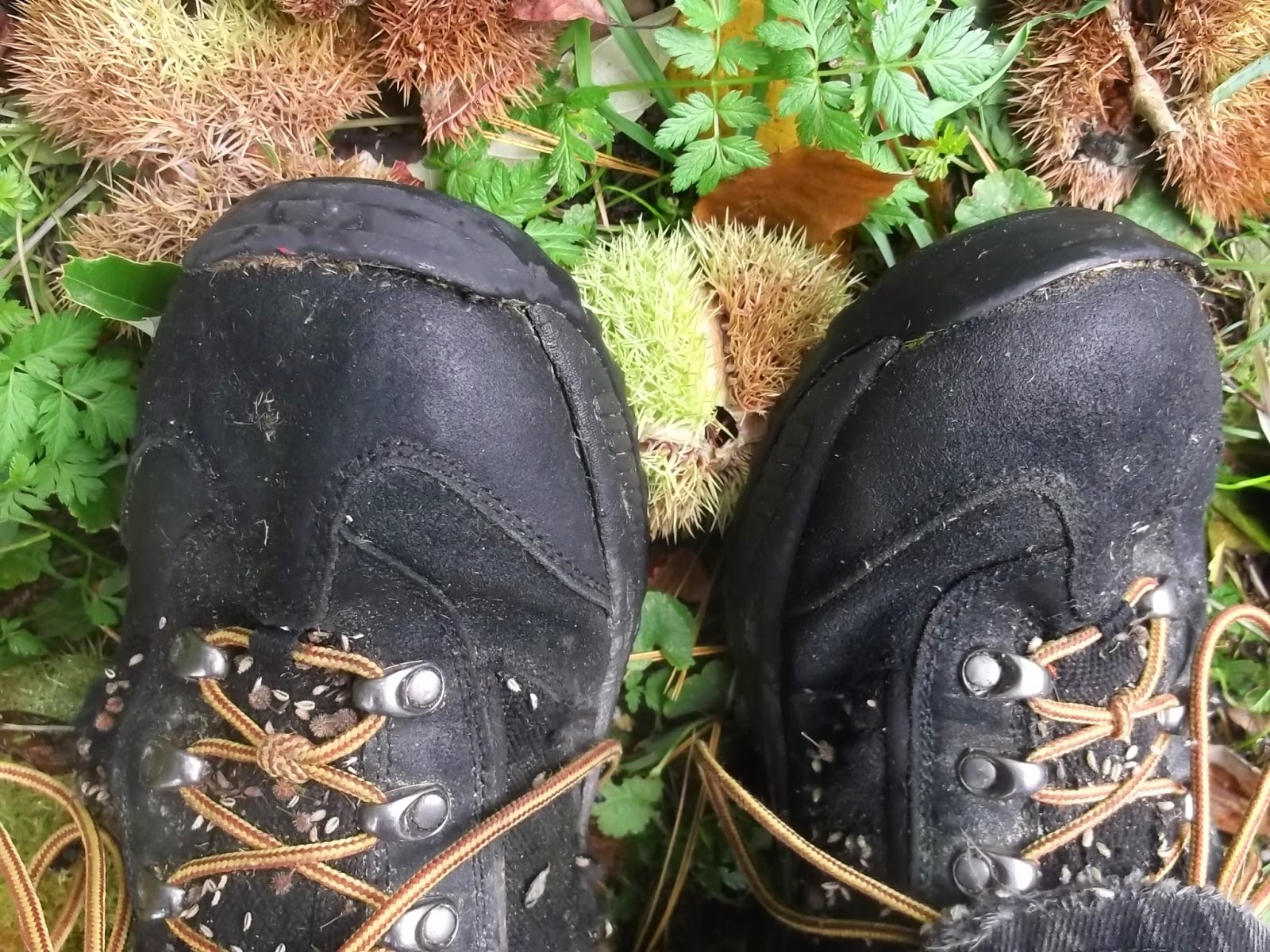 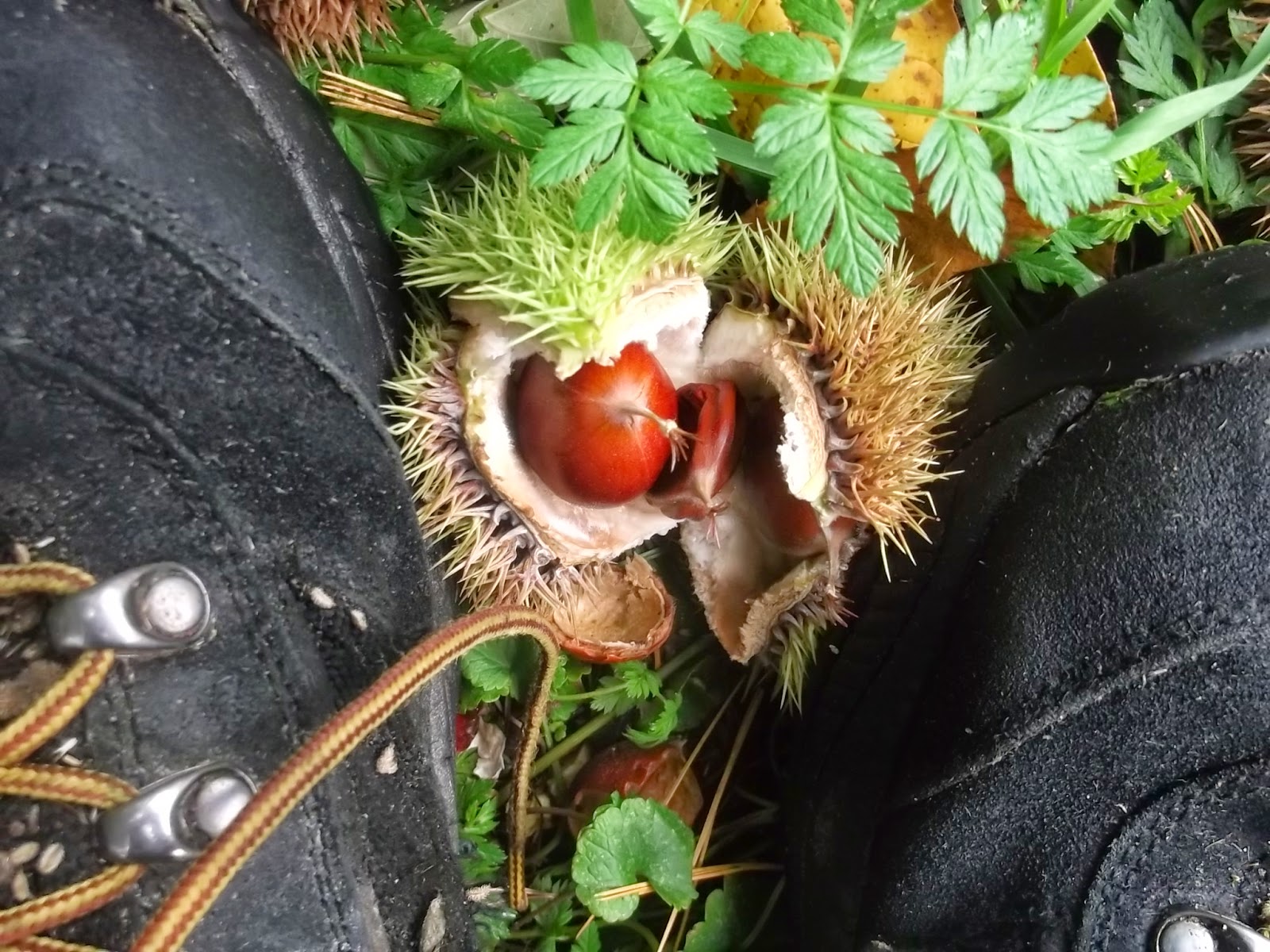 I just read the most recent recommendations for fertilizing chestnuts for commercial production.  The current recommendation 125 pounds of N per acre.  One can get close that that by spreading about two pounds (one kg) of urea on a 20' square (7 meters or right-healthy paces) patch around each tree.  They recommend a split application.  Half (one pound per tree) at first full size leaf and the other half at the start of pollination.

We will try that next year to see if we get better nut size.
Posted by Eaton Rapids Joe at 7:52 PM