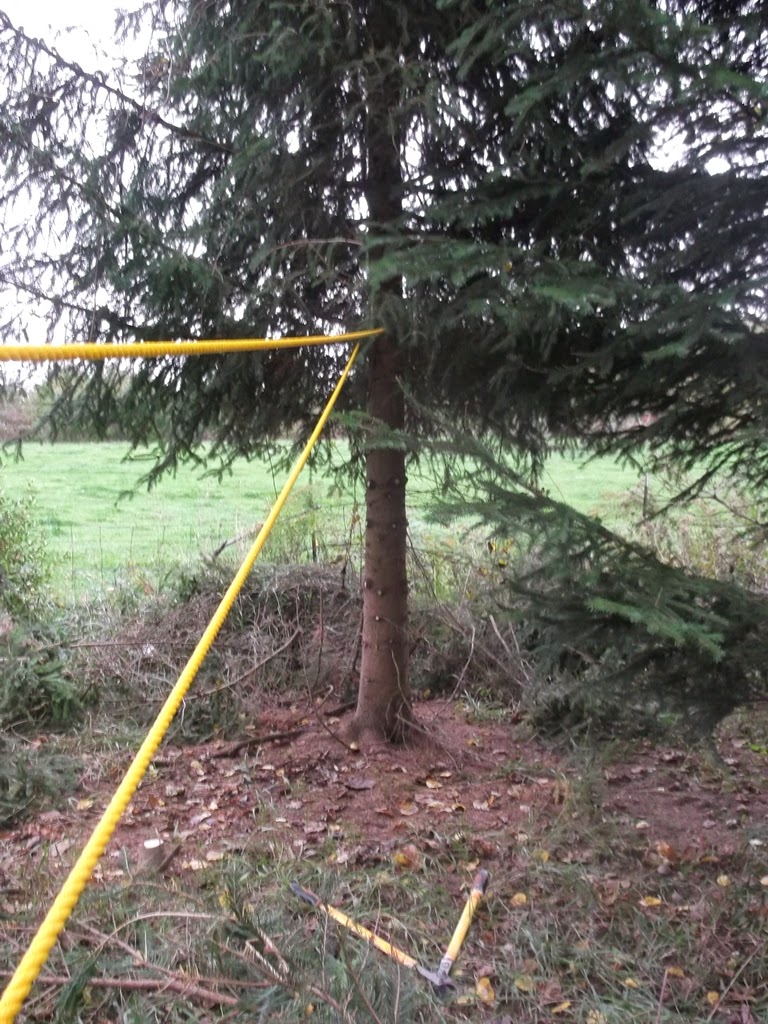 Trunks were trimmed up loppers.  These loppers come into play later in this essay.  Rope was borrowed from one of the dog runs.  It is fifty feet of 3/8" polypro rope.  Rope is tied about 6.5 feet above ground.  That is about as high as I can easily reach.  The plan is to have the tree fall to the left.  Wind is at our back and would blow the tree across the perimeter fence if no precautions were taken.  A single tie-off provides assurance that the tree will not fall away from the tie-off point.  It can fall toward or to either side, but not away. 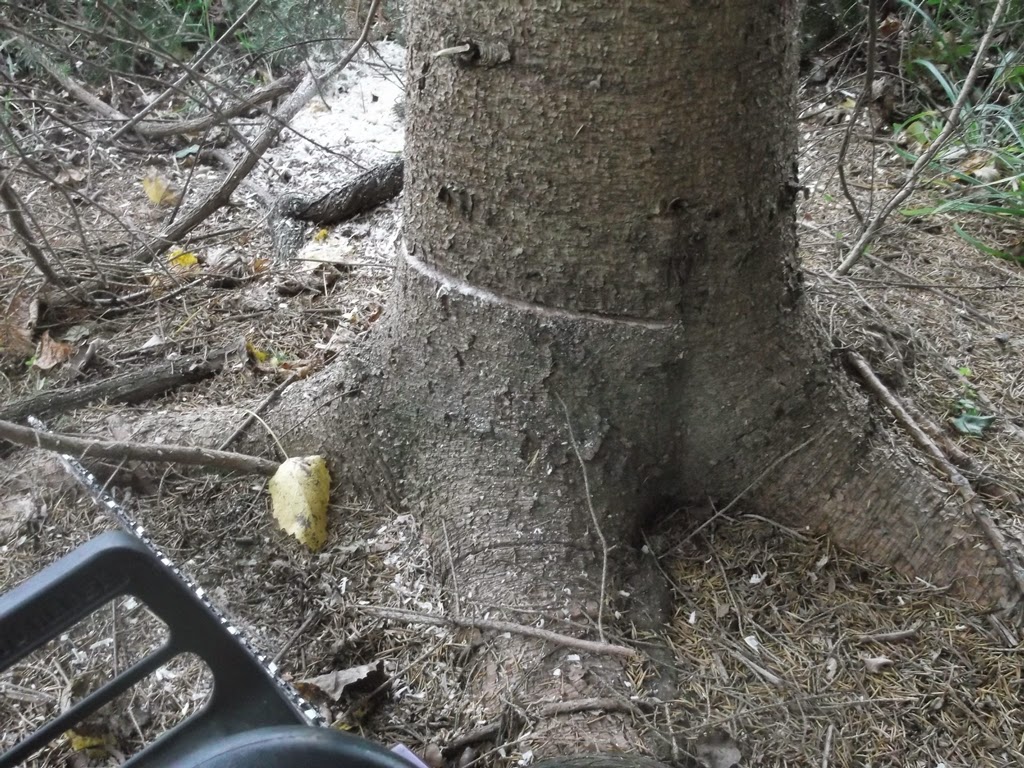 First cut.  Slightly more than half way through. 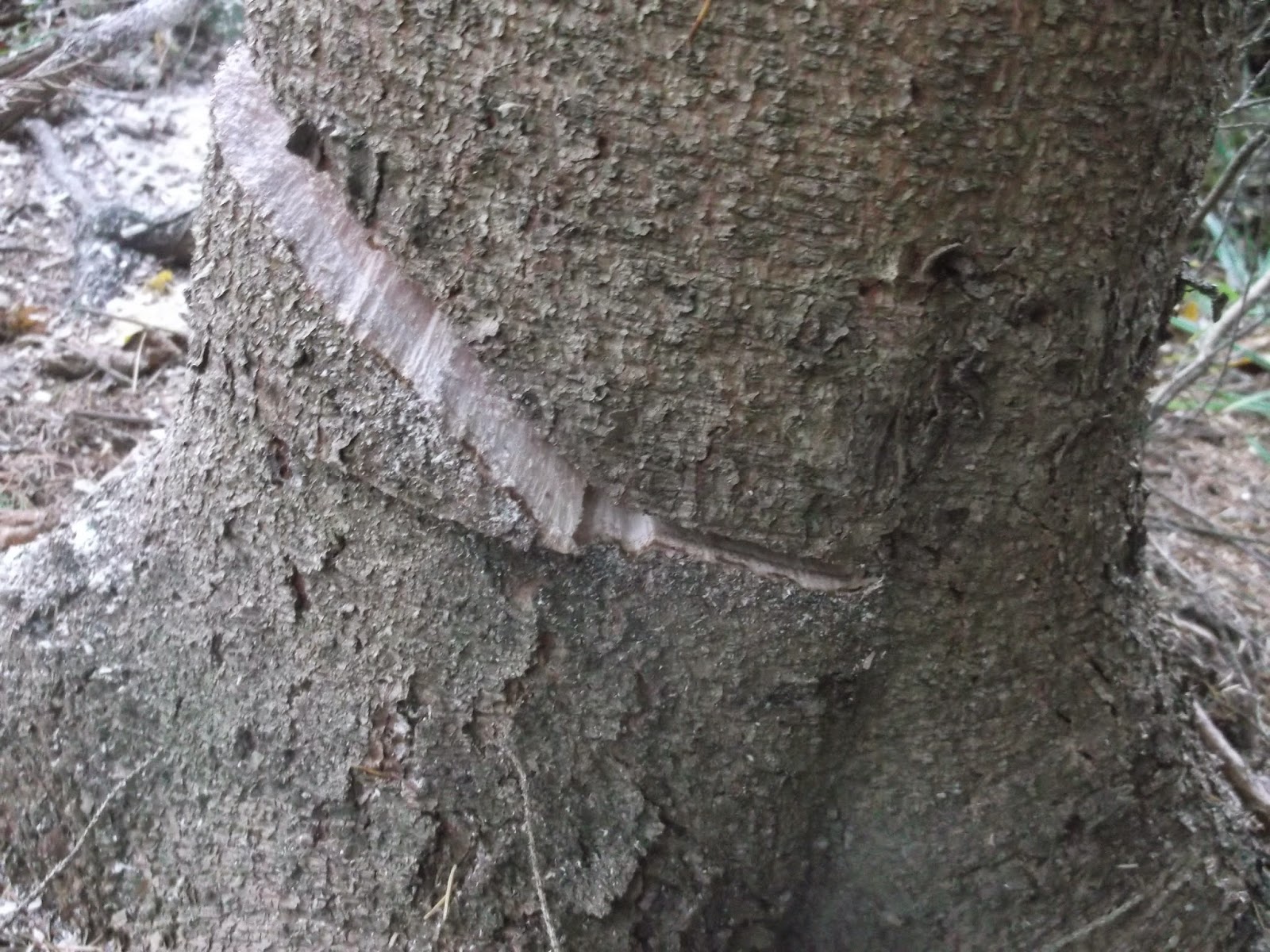 Second cut.  The wedge of wood is pulled out slightly in an attempt to highlight the second cut.  In a perfect world the cut would have intersected the first cut further in.  I rarely find myself paralyzed by a need for perfection. 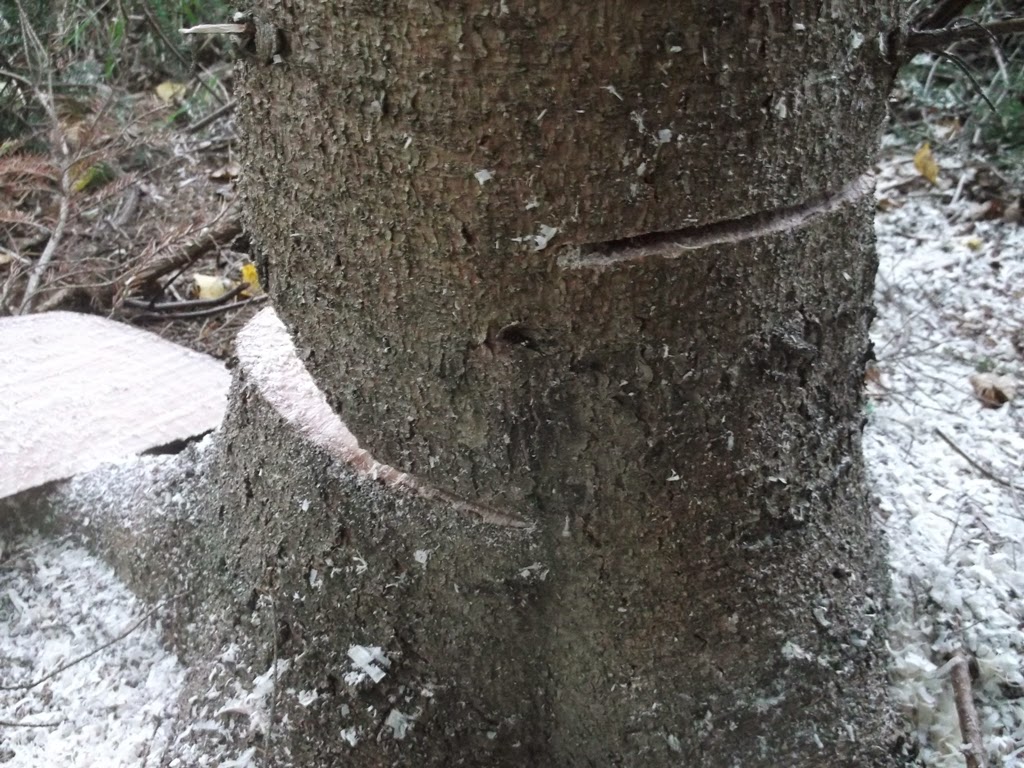 Third cut starting on the right side.  Third cut overlaps first cut.  Entire weight of the tree is being carried by the wood in shear in the wood between the ends (most inward excursions) of the third cut and the first cut. 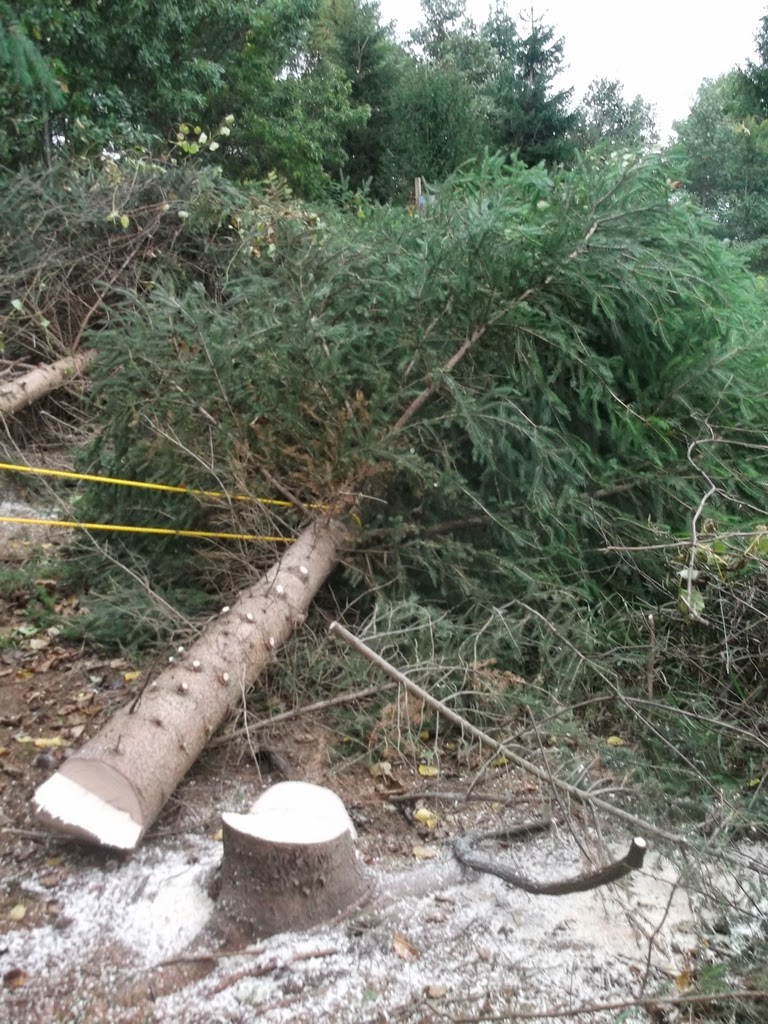 The obligatory look at the stump. 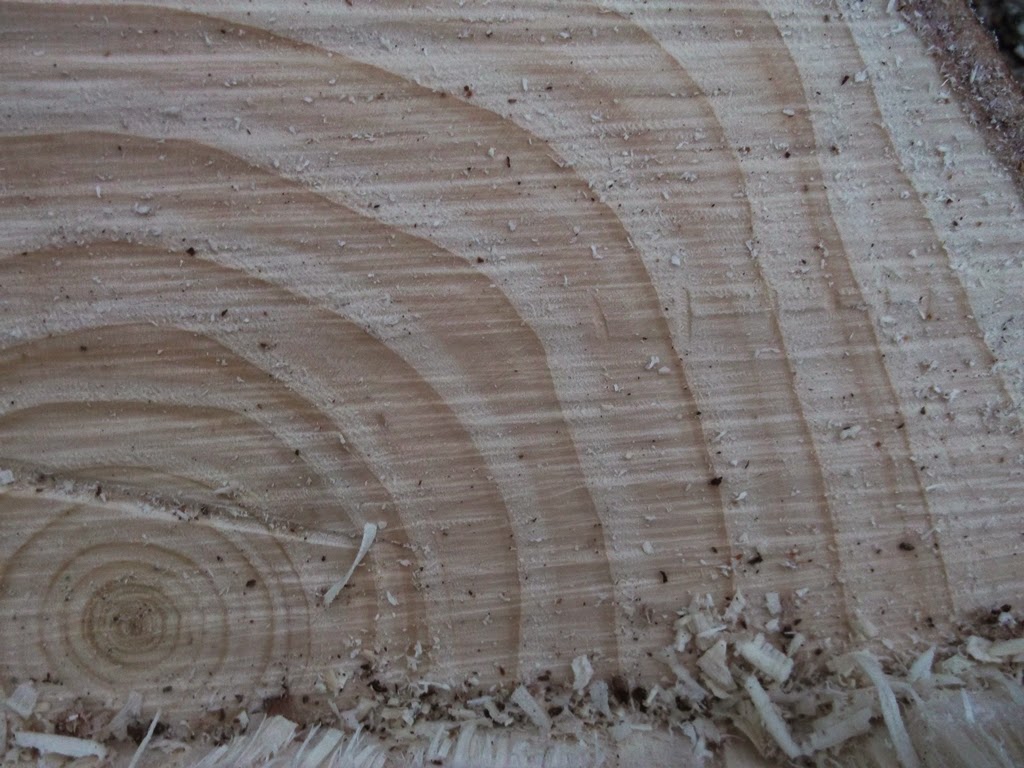 Around here it takes spruce and pine trees about 6-to-8 years of struggling to get up above the grass.  Then their growth rate explodes.  You can see this in the closely spaced rings near the center and then the rapid growth (widely spaced) for the outer nine rings. 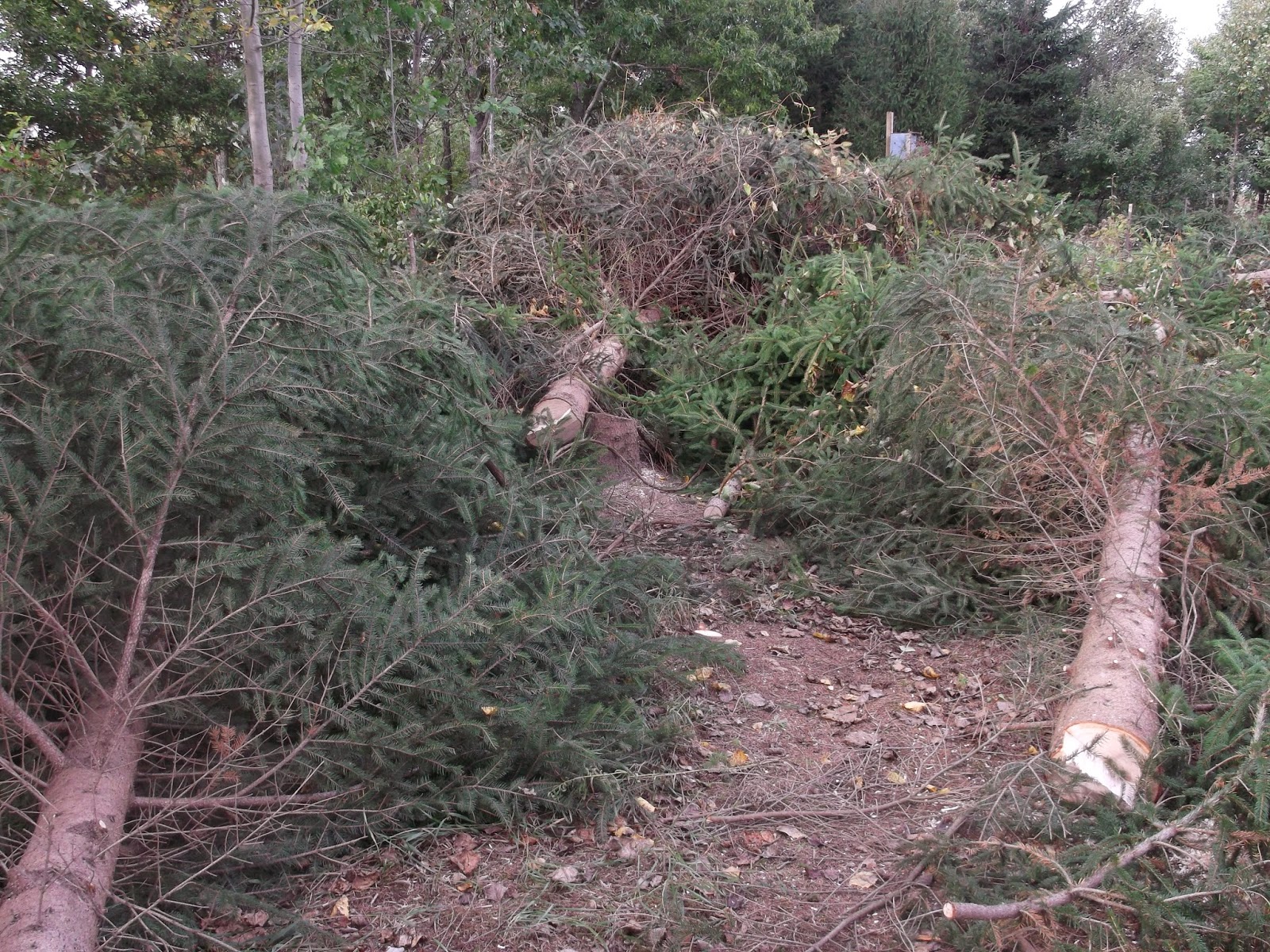 Hmmm.  Where are my loppers?  My guess is that they are under the last tree I dropped.  Pretty safe bet because I used them on the trunk before cutting it down.

I had to use the chain saw to limb out the tree. 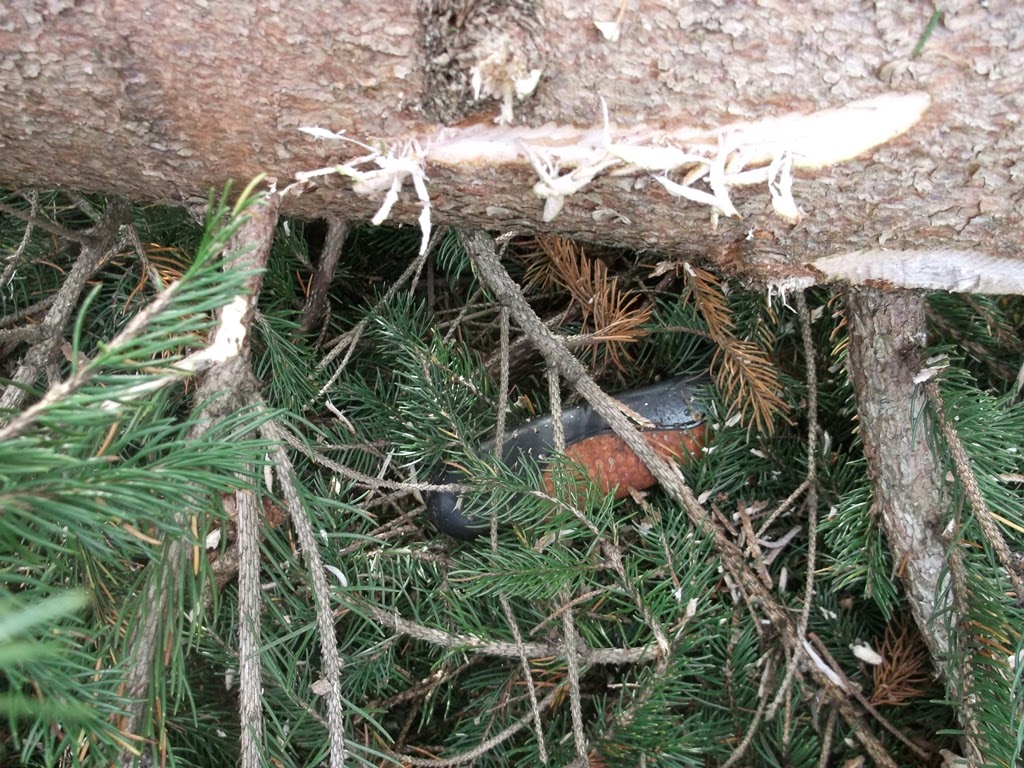 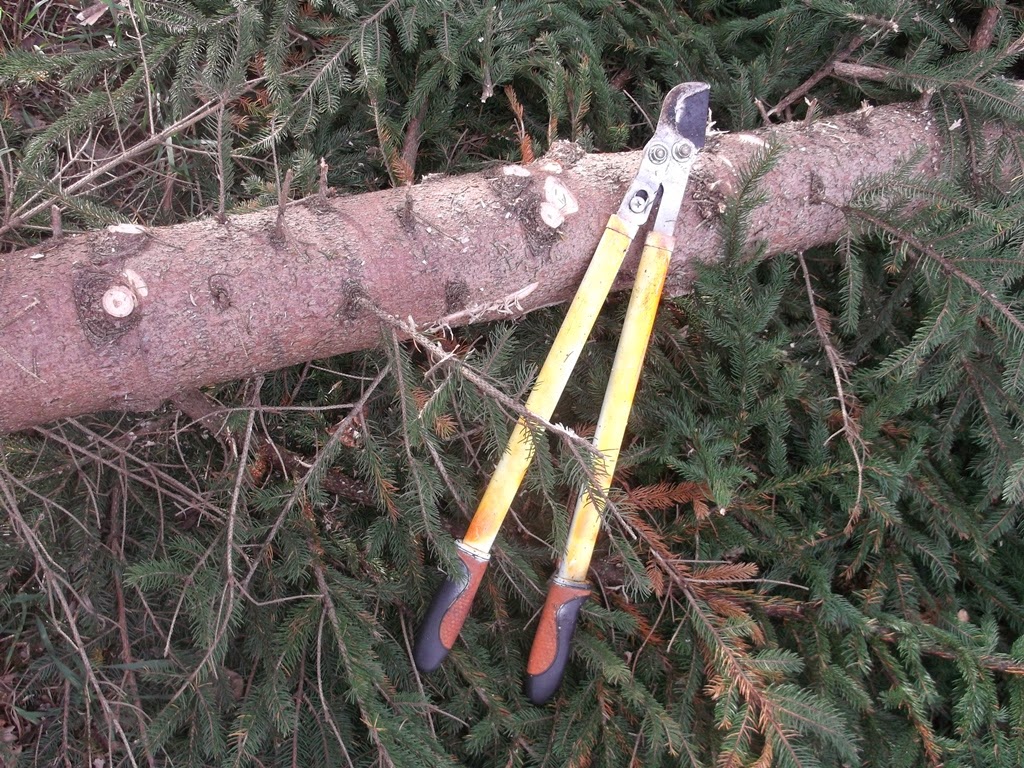 The reason for cutting this windbreak is to improve the growing conditions for some Chinese Chestnut seedlings I intend to graft. 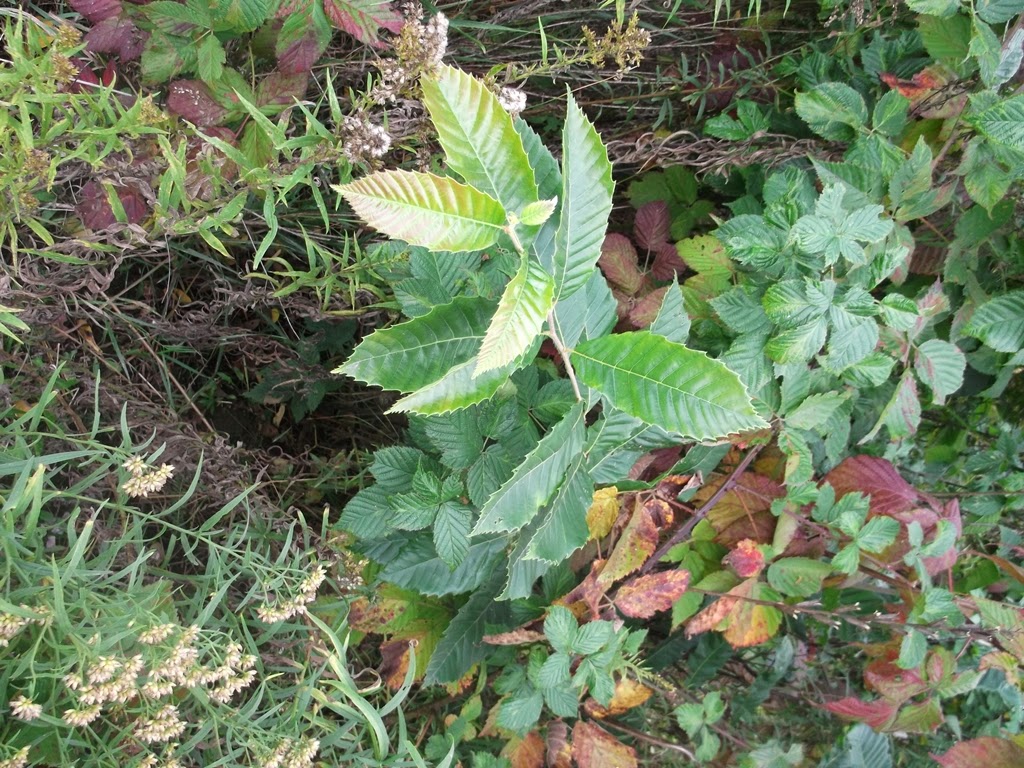 They looked like this before I dropped the spruce trees on them.  I had to dig them out too.  If I had half a brain I would have marked their location by tying some surveyor tape or putting tags of masking tape on the perimeter fence.  It would have saved much digging.


The heavy mulch of spruce boughs will make these trees very happy.  I think they will forgive me for bending them up a little bit.