20 pounds of charcoal and a half gallon of kerosene ensured that the damp cottonwood ignited.  We are at the end (one hopes) of a 7 day period of intermittent rains.  Belladonna planned this a month in advance.  Weather was the joker.

25 RSVPed.  Mostly seniors.  Kubota is spending the night at a friends.

Predicted low of 28 degrees Fahrenheit.  One expects parkas to stay firmly in place.

Vast quantities of Hobo Pies, S'mores and hot dogs are being consumed.

They played capture the flag.  As expected, at least one person took a tumble in the dark.

Mrs ERJ, the two German Shepherds and I are staying in the house.  I am trying to train the dogs to bark at just the guys.  I am not having much luck.

I am cruising the internet to kill time.  There is some really stupid stuff out there.  Example:

Loaded with conventional soft point bullets, many bullet brands lose the ability to produce hydrostatic shock at impact velocities below 2600fps and in such cases, dead running game can be a common occurrence when using the .308 (Win) at ranges beyond 50 yards. In fact with some bullet brands, its as if a magic button has been switched off right at the 2600fps mark. Several bullet brands do however have the ability to  produce hydrostatic shock (instant collapse) of game down to velocities as low as 2400fps, depending on target resistance and relevant factors. Regardless, hunters can manipulate speed of killing by matching bullet construction to the job at hand and in this caliber, there are some excellent options, capable of extremely fast killing via wide wounding.


Folks, "instant collapse" is caused by damage to the Central Nervous System.  Sometimes it happens.  Sometimes it does not.  A solid hit to the "boiler room" causes rapid loss of blood pressure and starves the brain of oxygen.  The animal will continue to function for 10-to-20 seconds and can run a long way.

"Hydrostatic shock" presumes incompressible fluids encased in rigid tubing.  Blood vessels are stretchy.  It would be impossible for an animal to flex its limbs if they were not. "Hydrostatic shock" as a valid cause of CNS trauma is a dodgy theory at best. "Hydrostatic shock" is a pseudo-scientific, after-the-fact rationalization that attempts to explain the fact that some animals cartwheel in a cloud of dust while others run 500 yards before collapsing.  It is no more accurate than claiming that the bullets used were comprised of fragments from Thor's hammer.

A new species of tree


Many people are familiar with Ironwood.

I think I discovered a new species of tree while mowing the yard in preparation for the bonfire. 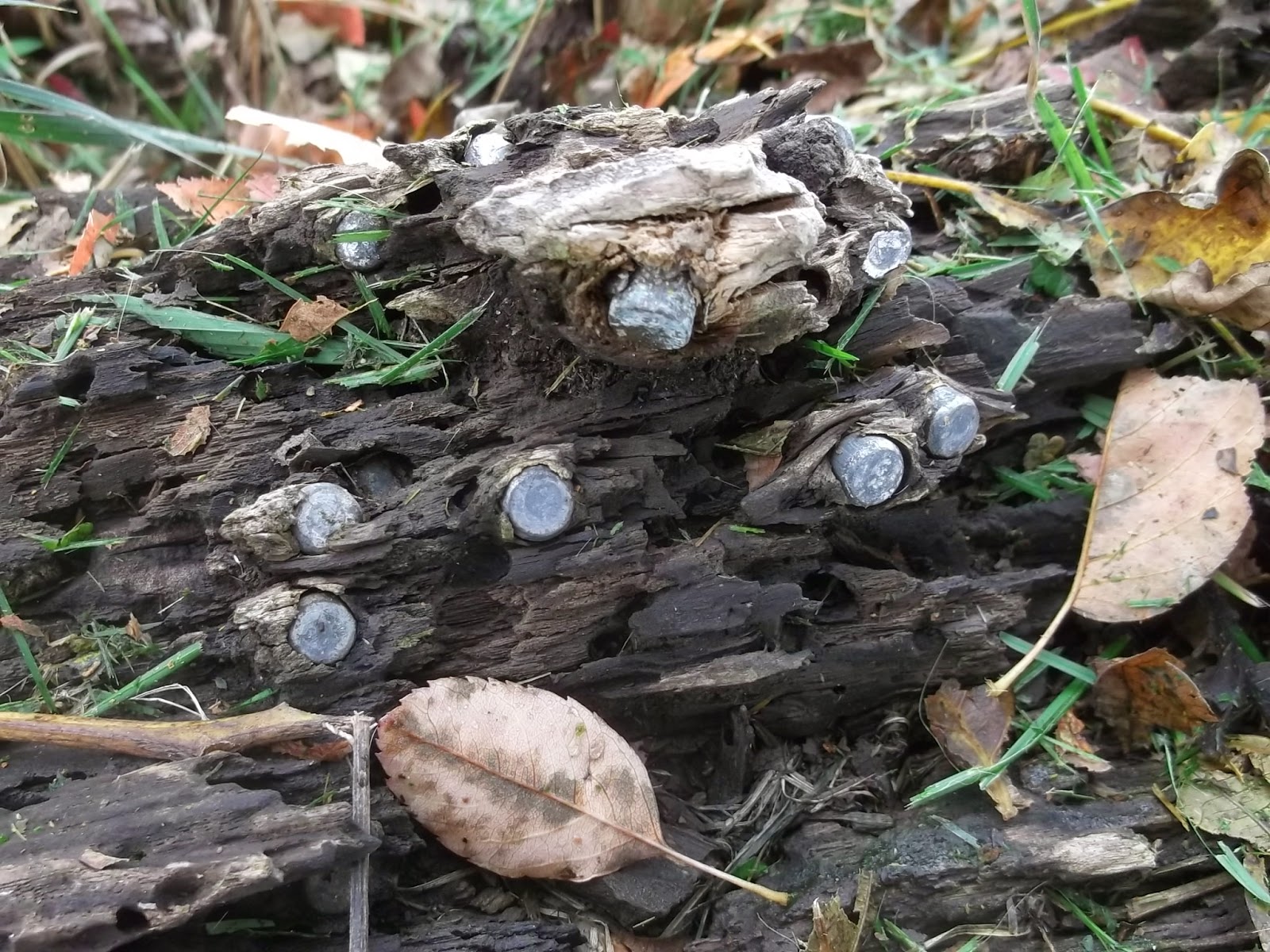 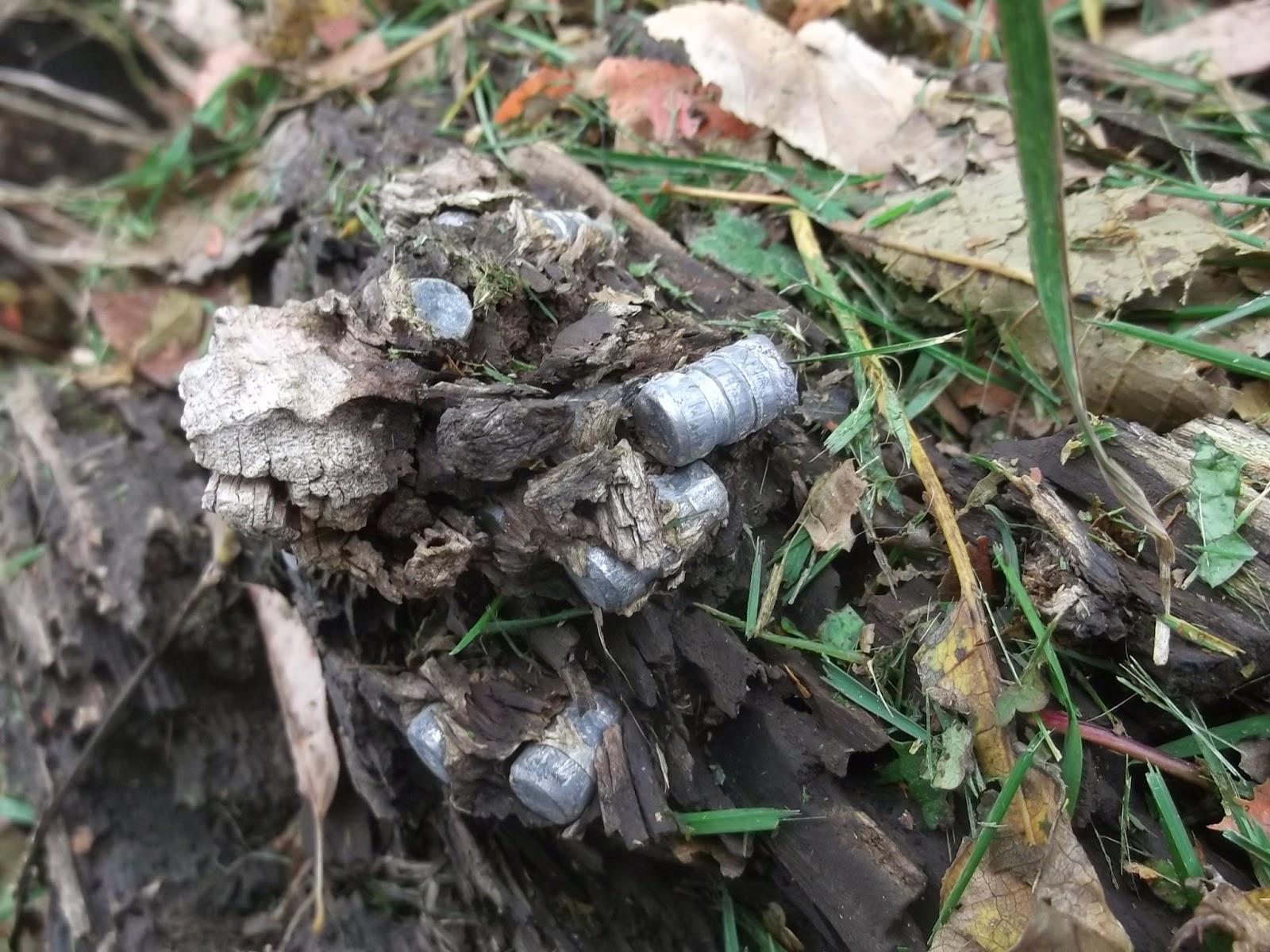 Based on the unique knot pattern, I think I will give this newly found species a common name of Leadwood with a Latin name of Targetus backstopius
Posted by Eaton Rapids Joe at 10:15 PM