It has been a breezy, rainy day in Eaton Rapids.  We got 1.5 inches of rain which is much less than what Illinois and northern Indiana received.  Broad bands of both states received four to six inches of rain in the last twenty four hours.

I was feeling a little bit housebound and decided to fell a few spruce trees.  I had a small window of good weather and jumped on it.

I had dropped about ten of them when the breeze picked back up and I was not able to control where they fell.  So I took a break and noticed something.  Take a look at the branches that point upward from the trunk of the tree.  Do you see something that is a light gray?

Let me help you out with some close ups. 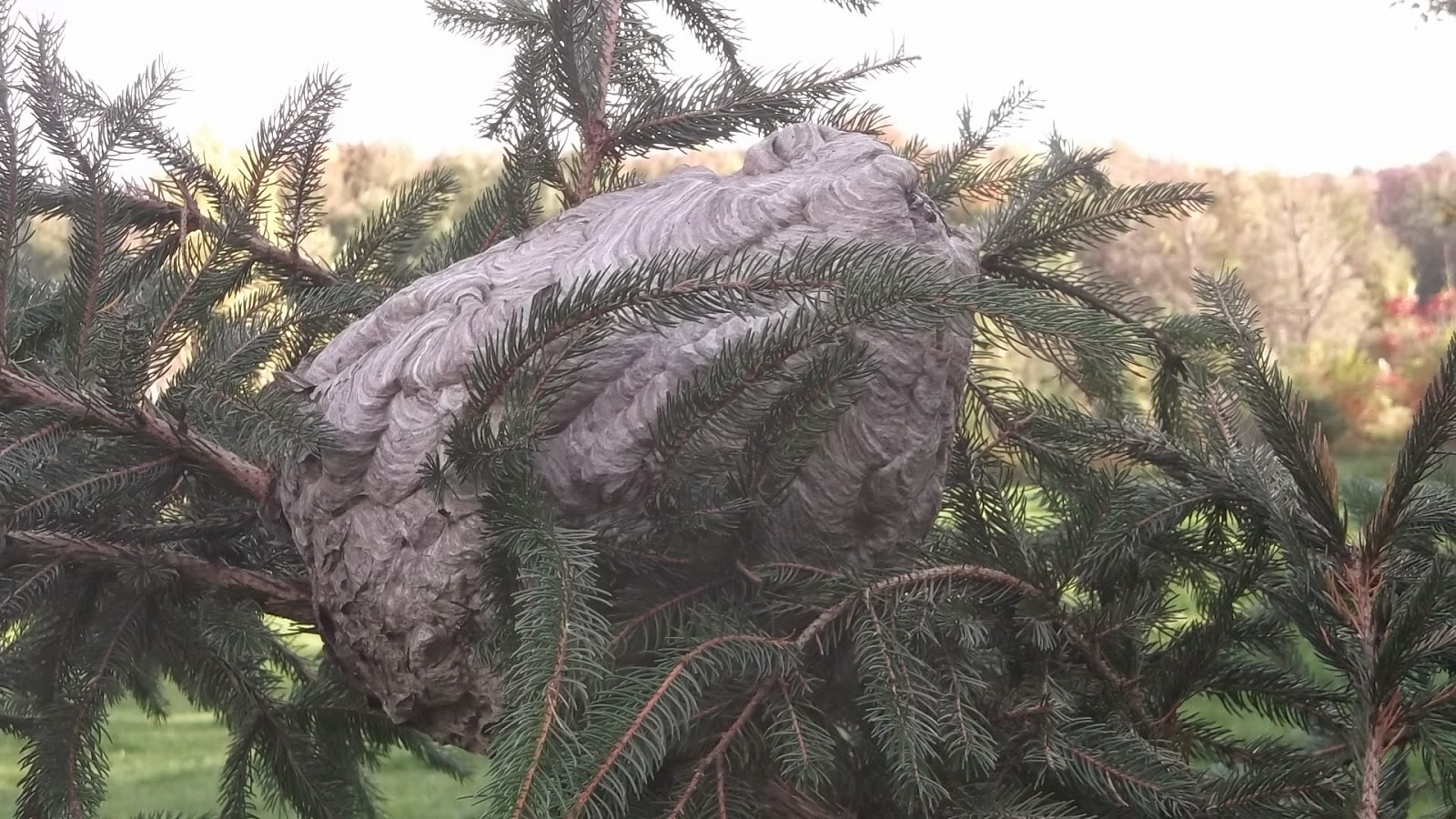 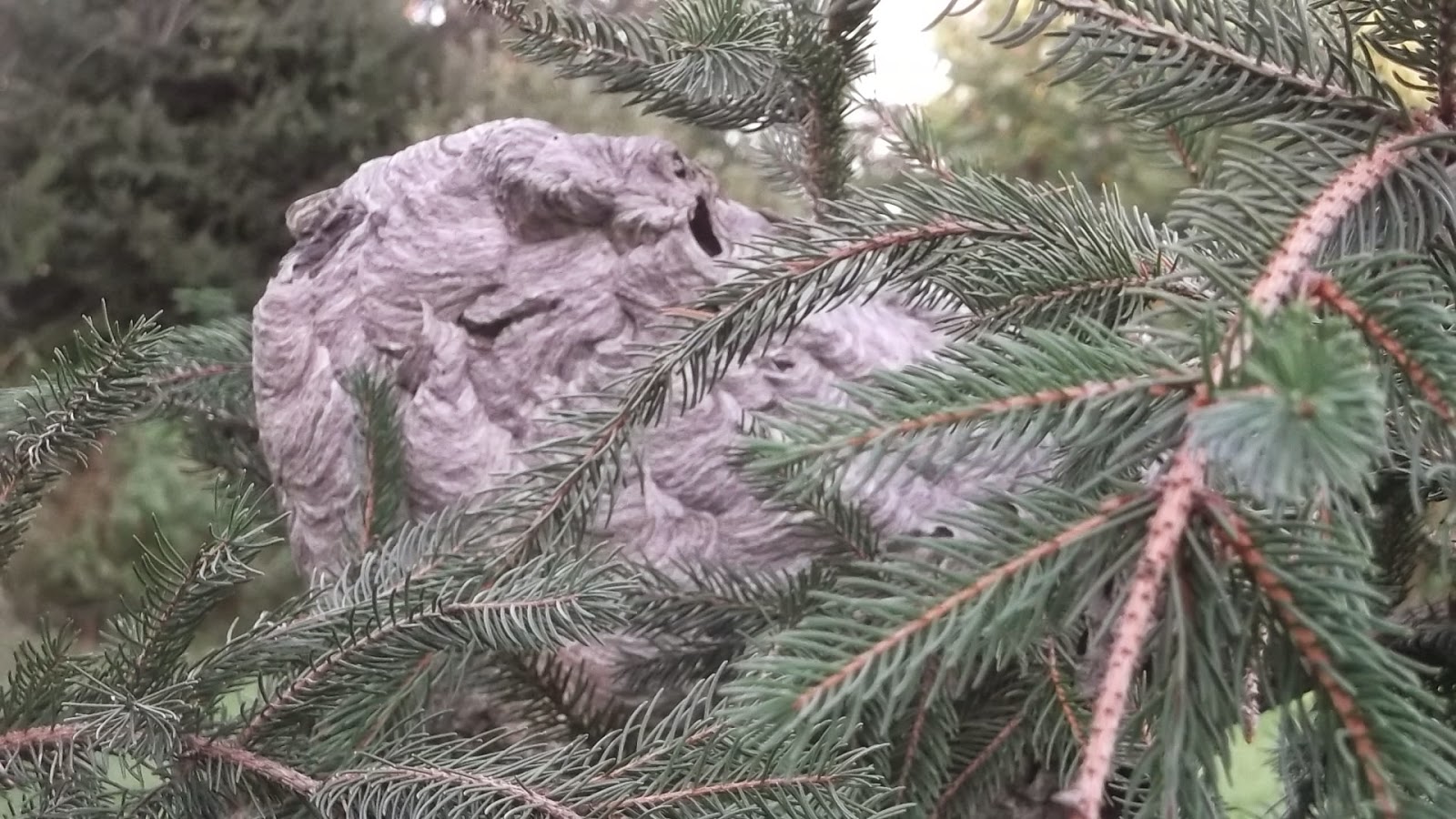 That is a Bald Faced Hornet's nest.  According the the Schmidt Pain Rating, the sting of a Bald Face Hornet:

Pain Scale Rating: 2.0
Duration of pain: 3-4 minutes
How the sting feels: Rich, hearty, slightly crunchy. Similar to getting your hand mashed in a revolving door.


Bald Face Hornets are not nearly as aggressive as Yellow Jackets.  And given the rainy/blowy weather most of the hornets were in the nest and chose not to fly around. But I decided that God was telling me to take a break from chain sawing. 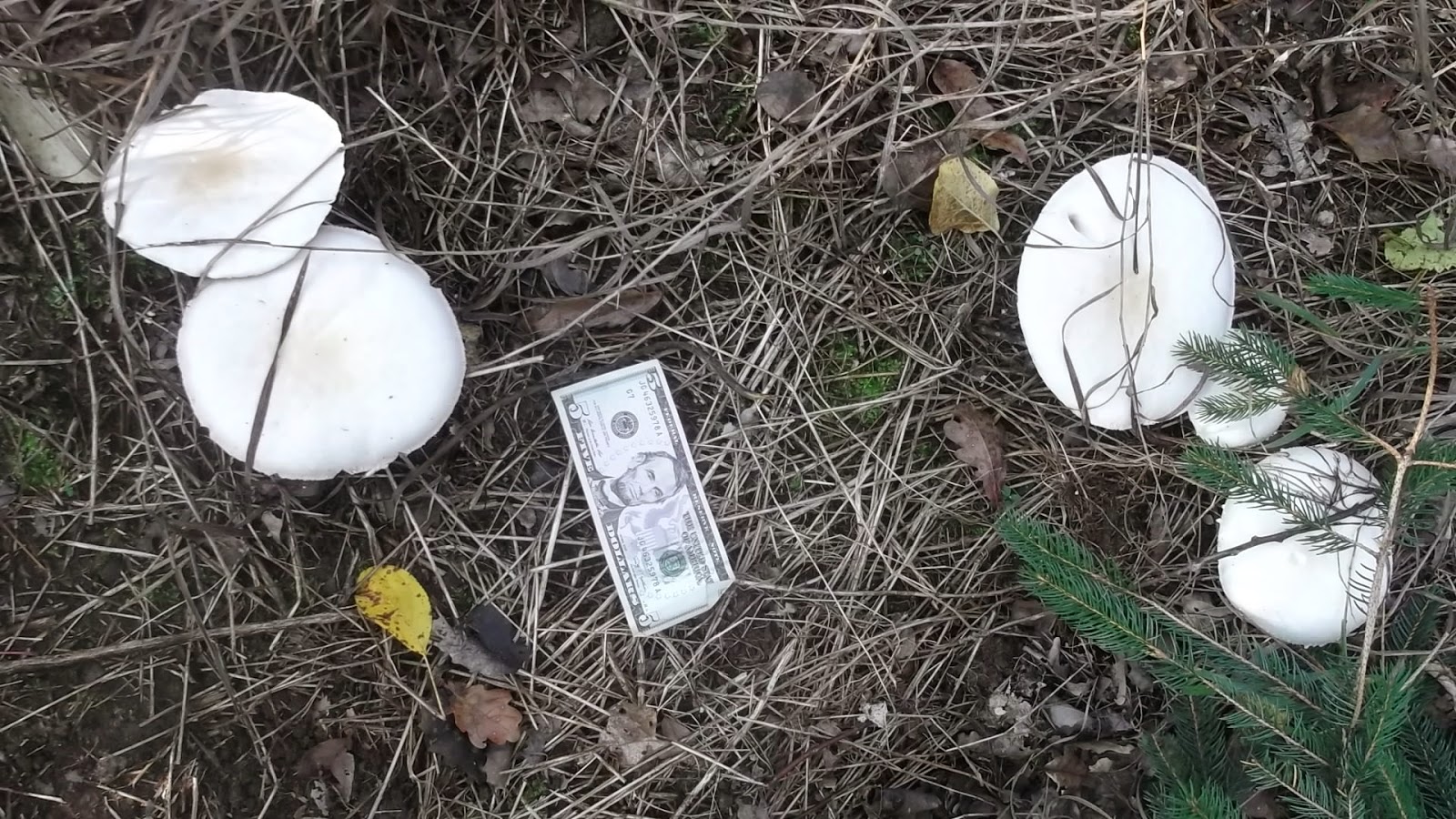 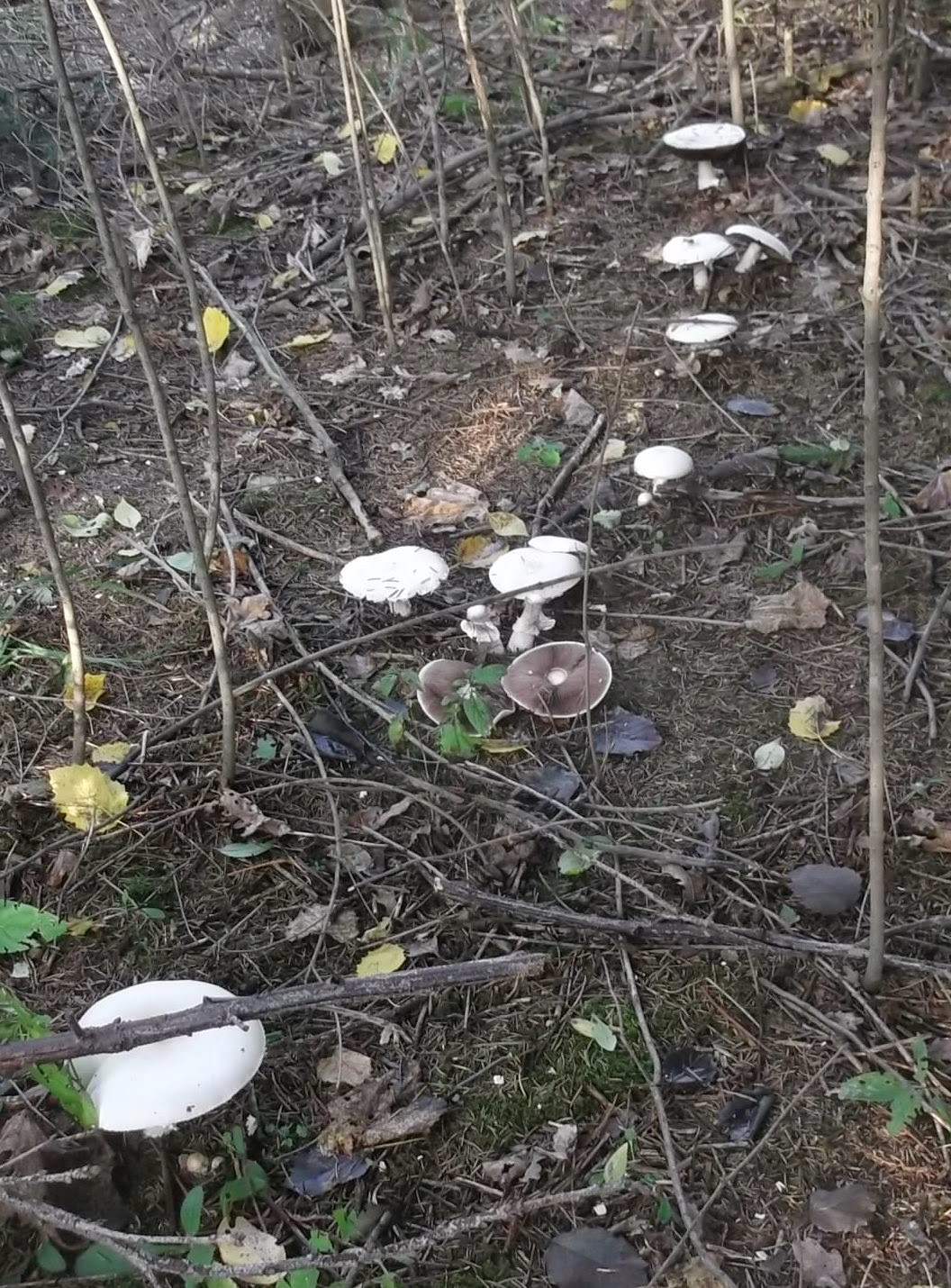 A nice patch of what appear to be common meadow mushrooms....the kind you buy in the store. 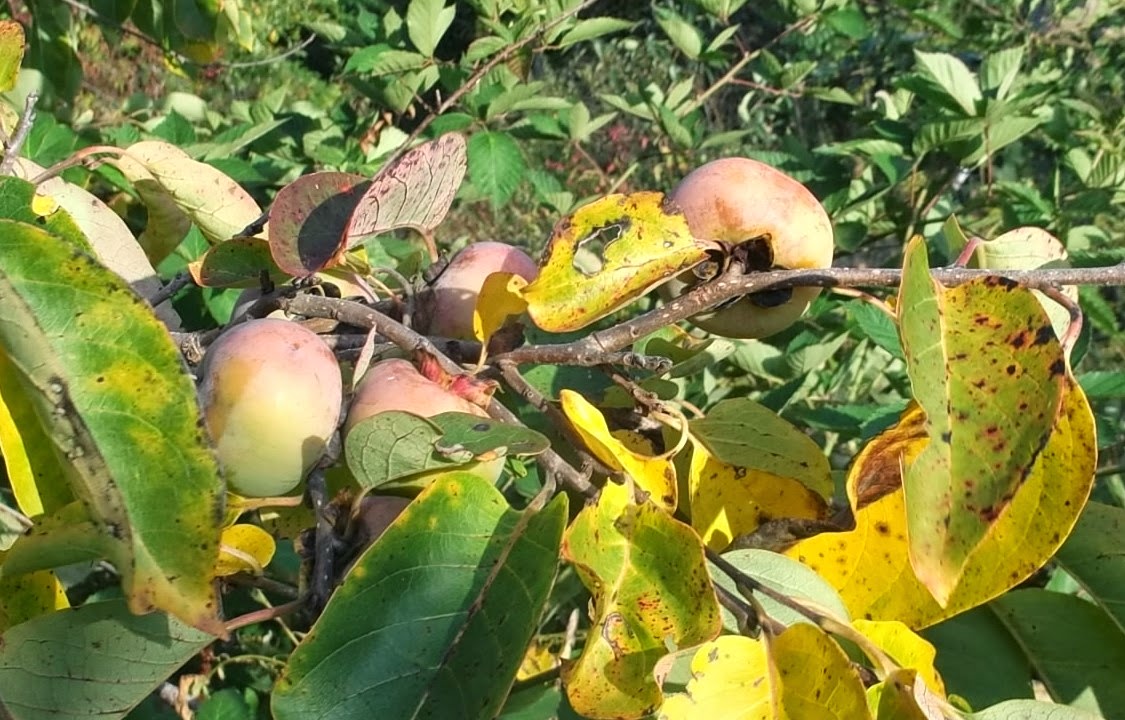 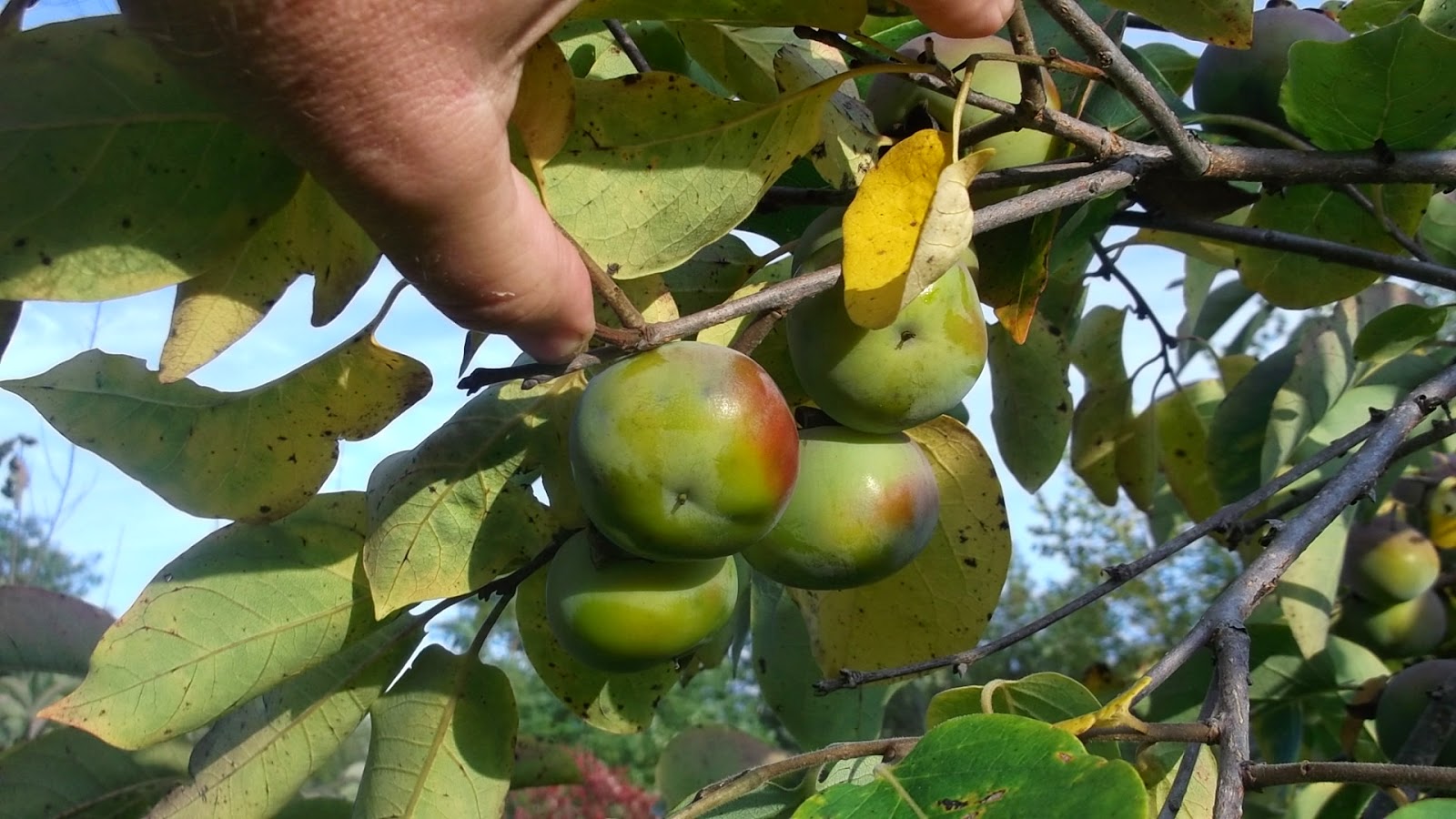 Persimmon leaves are starting to color up.  This tree was grown from seed provided by Jerry Lehman of Terre Haut, Indiana and this persimmon is a dandy.