I hope all in the mid-West and Eastern Canada survived the fast moving line of T-storms (in November ?!?) that went through the area last night.

It does not look like we suffered any property damage but I need to walk around in the daylight to really know. 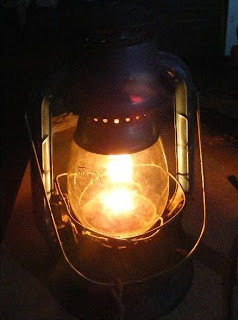 We did lose power for about four hours.

Mrs ERJ once shared with me that I should be very glad that she had "that time of month".  That was a novel concept.  I asked her why.

She told me that every 28 days I was going to know exactly what she was thinking and feeling. That it would be delivered in short, declarative sentences with no filtering or spin.  Then, if I heeded the information I received in those two days, the other twenty six days would be jolly and wonderful.

Yesterday I saw a barn cat thread its way through my raspberry patch.  It was undoubtedly using information from its whiskers to avoid brushing against the thorny stems.  Additionally, the whiskers do not make the stems quiver....which would have resulted in the cat being drenched by the rain saturated canopy.

We can make corrections in our behaviors based on very small amounts of information if it is the right information.  Those changes in behavior can make our lives much better and help us avoid discomfort.


Personal dynamics were our downfall.  There still exists the belief that banging on Mom and Dad will somehow result in their getting more of what they want.

Most of us regress when things get crappy.  A teenager can lose ten years, behavior wise.  It was stressful and distracting.

The other behavior was one of the kids started needling and pushing buttons.  Nobody can climb inside another person's head, but I suspect that they had anxiety and getting a rise out of sibling, Mom and Dad was vastly more entertaining than thinking about werewolves, vampires, ax murderers and other denizens the dark.


C- is not a fail.  Mrs ERJ took them to a pizza place for a couple of hours.  Coming back, two of the roads were closed due to downed trees.  She also filled up the minivan so we could run the DC-to-AC converter off of her battery for an extended period.

I stayed home and chilled out, listening to classical music on the battery powered radio that lives in a place of honor on our living room mantle.

We need a better back up plan.  The family should not have been out on the road.
Posted by Eaton Rapids Joe at 6:53 AM