You shall not eat the carcass of any animal that has died of itself; but you may give it to a resident alien within your gates to eat, or you may sell it to a foreigner. For you are a people holy to the LORD, your God.
You shall not boil a young goat in its mother’s milk.


Nick Saban is the coach of the Alabama Crimson Tide.  I doubt that there is a football coach ANYWHERE in the United States who would not gladly trade their left arm for a copy of his real play-book.  He is spectacularly and consistently successful in an enterprise that is too competitive and too complicated to manage by "gut feel".

The Jewish Nation has been in the game for approximately 400 times longer than Nick Saban.

So even if one does not believe that the Bible is the inspired Word of God, one can profit greatly by studying this play-book that has been successful for approximately 6000 years..


One of the more obvious aspects of a Kosher Kitchen is the two sets of cooking utensils and dishes for meat and for dairy.  It is not my intention to diminish the Orthodox implementation of this idea.  I just want to play with some figurative interpretations that may be useful to a wider audience.


What if Chapter 14 of Deuteronomy was the pile of left overs?  What if it was a list of all the rules and wisdom that did not tidily fit into any of the other themes?  Even looking at the verse, it is clearly two sentences that were glommed together in one verse.  What might the second half of the verse


You shall not boil a young goat in its mother’s milk.

mean if we give the listener the permission to listen with a figurative ear?


Half of all births will be males.

On average, one ram can "cover" 40 females.  A typical flock of 40 does will produce 80 kids, of which half, 40, will be male.  Further, even in the rough-and-tumble of thorn-scrub browsing, a typical doe will have four productive years which means that only half the female kids must be kept for replacement.

Since the quantity of the browse available for the goats to consume will not increase due to limitations in travel time, shelter, rainfall.....then approximately three-quarters of the kids produce every season must be euthanized or the range will be seriously degraded.

The slaughter of 75% of the young goats is not a choice.  It is a biological imperitive.


As human beings were are often agents of larger social organisms.

We function as parents, bosses, coaches and leaders. 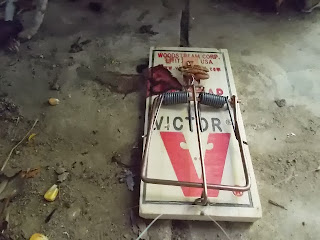 There are times when, as agents of the larger social organism, that we must do things that cause  pain to others.  It might be telling a child that they are not mature enough to take Driver's Ed.  It might be disciplining a worker for shoddy workmanship.  It might be cutting a small player who might get hurt, or evicting a tenant, closing a factory or balancing a budget. 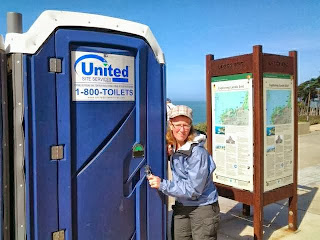 
But there is no reason to compound the pain by inflicting humiliation.

There is no reason to trample the dignity of the person who receives the pain.

The wisdom is 6000 years old.  But the ability to surgically execute necessary actions that are painful without gratuitous insult is still a rare skill.