There is no Substitute for Cubic Inches

Cartridges that evolved during the blackpowder era have a great deal of flexibility in terms of the propellant.  In fact, the actual quote (which I subsequently stole) was that "One could load them with chicken poop and charcoal and they would still get the job done."

Given the precarious state of the smokeless powder market, I thought I would test that out.  I am not being an alarmist.  I simple have a curious mind and some spare time on my hands before the garden thaws out.


Black powder traditionally consists of Potassium Nitrate (Saltpeter), Charcoal and Sulfur.  Discussions for the remainder of this post will list ingredients in that order, Nitrate-Charcoal-Sulfur

Let's talk briefly about what each ingredient does.

Nitrate:  KNO3 decomposes under heat and pressure such that each molecule yield KO-1/2N2-O2  It is the O2 that interests us.  That is the oxygen that combine with the fuel to provide energy.  If you know much about chemistry you can see that it takes a lot of molecular weight (101) of KNO3 to provide that O2 molecule.

Charcoal: Charcoal is carbon.  Carbon combines with oxygen.  The reaction that provides the most energy is 1C + O2 = CO2   Carbon has an atomic weight of 12.  A stoiciometric (balanced) reaction would start with 101 parts of saltpeter and 12 parts (by weight) of carbon.

One reason that one might want to run heavy on the carbon (more than stoichiometric) is that carbon's availability is a limiting factor in combustion.  The entire event occurs over a very short time.  Going "heavy" on the carbon means that you can still generate good power even if all of the carbon is not fully consumed.

Sulfur: So why the sulfur?  Again, the problem is that carbon is not very reactive.  It has a vaporization temperature of 6500 degrees Fahrenheit.  This is common knowledge amongst everybody who ever had to light a charcoal grill when their in-laws were hungry.  The sulfur lowers the temperature that kicks off the reaction making the powder much easier to touch off.

That was doubly important back in the 1800s for a couple of reasons.  One reason is that the ignition systems were less robust, especially with the flintlock systems that were prevalent in the early part of the 1800s.  The other reason is that the saltpeter of the day was likely a mix of potassium, sodium and calcium nitrates and nitrites.  Potassium nitrate is far and away the best component because it is not hygroscopic, that is, it attracts little moisture out of the air.  The other combinations really suck in the moisture and become very hard to ignite.


I am not going to make "Gunpowder".  I am going to make "propellent".  It will be a simple mixture of potassium nitrate, a common fertilizer available for about $2 US a pound at the time of this writing and of charcoal.  I am excluding the sulfur because I want this stuff to be difficult to ignite for safety reasons.  I figure that I will be saved by the purity of the potassium nitrate and the quality of modern primers.

Potassium nitrate is a commodity chemical.  All of the magic (that is, room for errors) is in the charcoal.

My first error was to try to make my charcoal in an small container.  I chose to use corn starch as my raw material because it is very pure and is already a powder.  I thought it would be very easy to mill the "clinker" back to a fine powder.  Well, the stuff expands like a burning marshmallow as it starts to char.  I was making it outside as I wish to remain married.  The concrete apron I was 'spermenting on looked like it was covered with snow after run 1.0

The next time I used a deep, cast iron dutch oven (Mrs ERJ's carmel pan) and I scrape/stirred with a spatula on a regular basis.  I stopped when my batch looked like burned popcorn.  The corn starch shows a strong tendency to stick together as it chars.

It milled well through my grain mill.  I passed it through 3 times.

I opted for 4 ounces of charcoal for each 16 ounces of potassium nitrate (25 parts charcoal per 100 parts nitrate) based on the information HERE.  I also intend to try 5 oz and 6 oz per 16 ounces.

My next mistake was to use too much 70% isopropyl alcohol to "corn" the powder.  I was going by feel.  I think the correct amount is about 6-to-8 oz for this size of batch.  I had alcohol puddling up in the mixing container that I could not mix back into the dough. 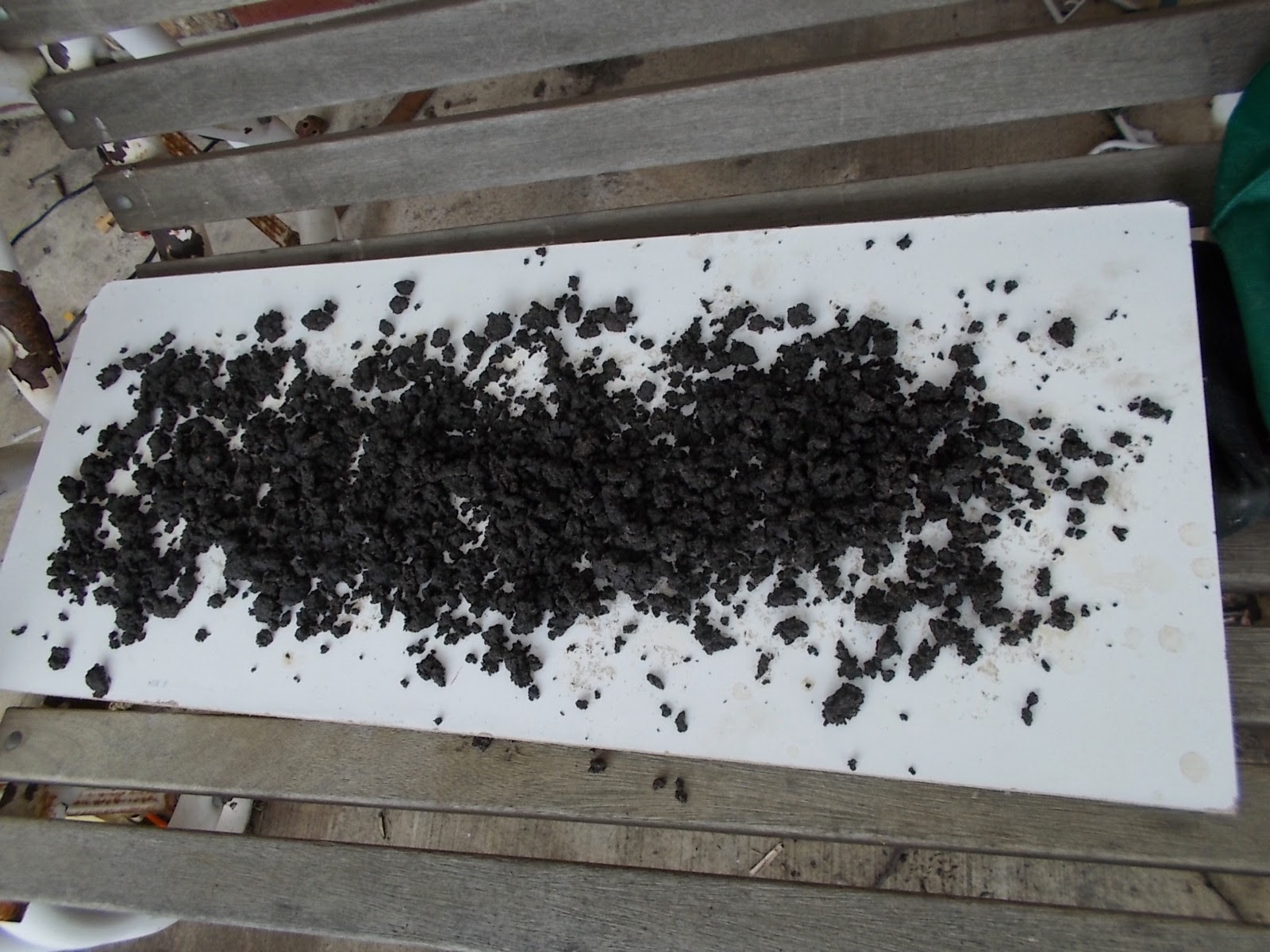 The first batch is dehydrating on our front porch.  I still need to break apart the clinkers and then sift it.

I will be tickled if I can get 70% of the power of commercial black powder.

People who have screwed around with this stuff claim they can get 1500 feet per second with heavy cast bullets out of the .303 British using commercial black powder.  70% of that power would be 1250 feet per second. There is not a deer alive, including moose, that will survive a 200 grain cast .308 bullet at 1250 fps in the ribcage.  It might not fall over in a cloud of dust, but it will not run a quarter mile, either.

I will keep you posted.