I planted acorns from a young Northern Red Oak tree I spotted next to a strip mall.  All of her siblings were barren.  She had acorns up the wazoo.  I don't know if it was genetic or if it was due to the fact that something had killed her central leader and she had large laterals to compensate.

I really like  Northern Red Oak.  I cannot think of a tree I would rather camp beneath.  They testify to sandy soils, deep water tables, open forest floors and ample firewood that is easy to gather.  Northern Red Oak suggests that mosquitoes are unlikely to be a problem.

Then I dipped into the bag of acorns I had stratified in the pantry this winter.

Planted root down, two acorns to the hole. 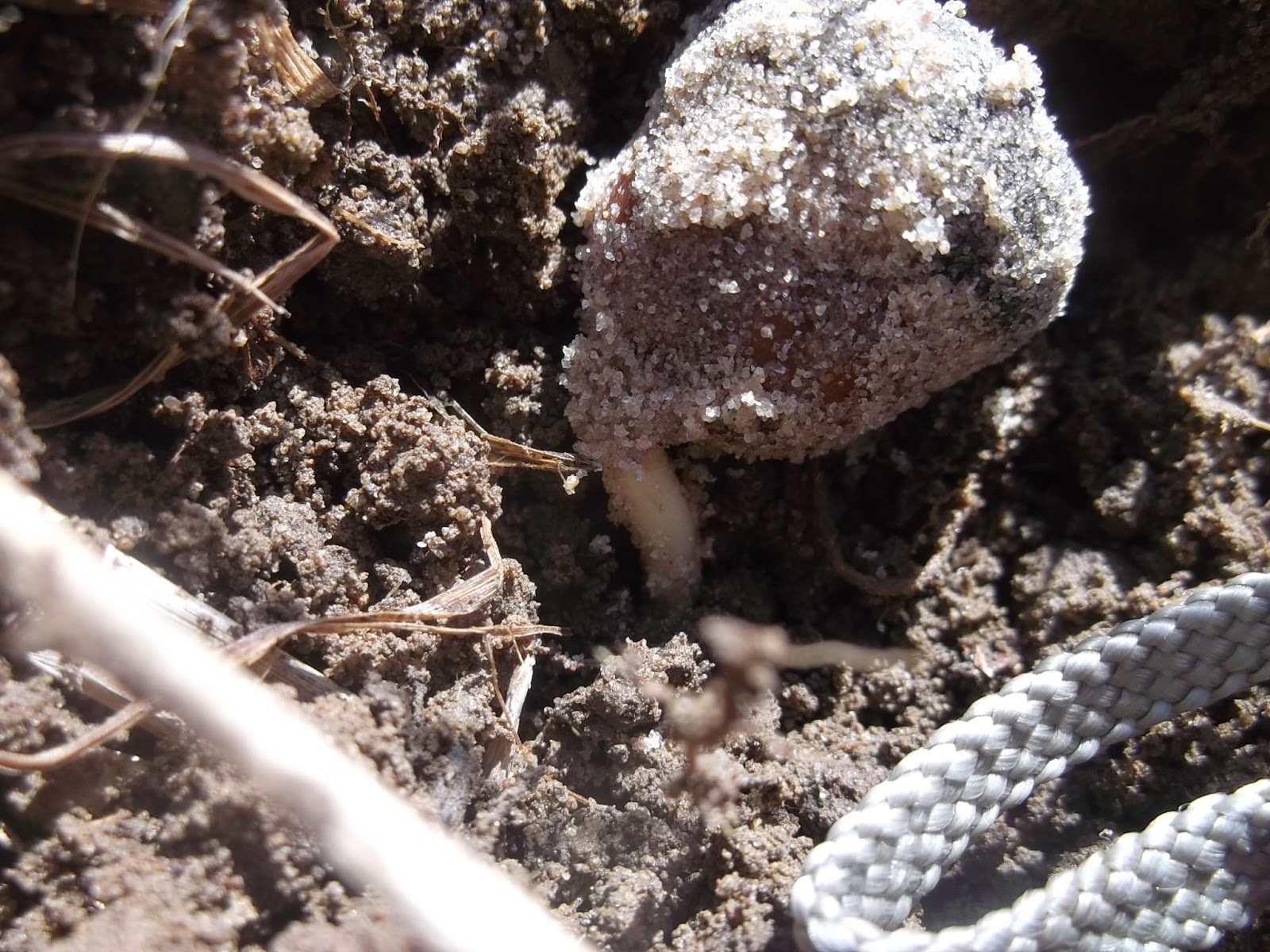 I planted them very close together.  I planted them on 6' by 10' centers.  The entire planting was 100' long by 30' wide.  My plan is to cull based on vigor, and then by precocious acorn production.

I also grafted my native Crataegus succulenta over to named cultivars of mayhaws that Lucky sent me from Kentucky.  Lucky lost most of the labels but I don't really care.  They are Crataegus opaca which originates from Texas, Louisiana and Mississippi.  He also sent me a few scions of "Turkey Haw" which may be C. mollis or C. punctata or even a species from the country Turkey.

As a very rough rule-of-thumb, named cultivars seem to produce about 3 times as much fruit per unit area as un-selected seedlings.  I am looking forward to seeing what these mayhaws survive my winters and if they produce any fruit.
Posted by Eaton Rapids Joe at 8:40 PM