My plan is to eventually set up a stool bed where I can use tie-off layering to produce copies of certain, select cultivars.


This is a good time of year to find springs. 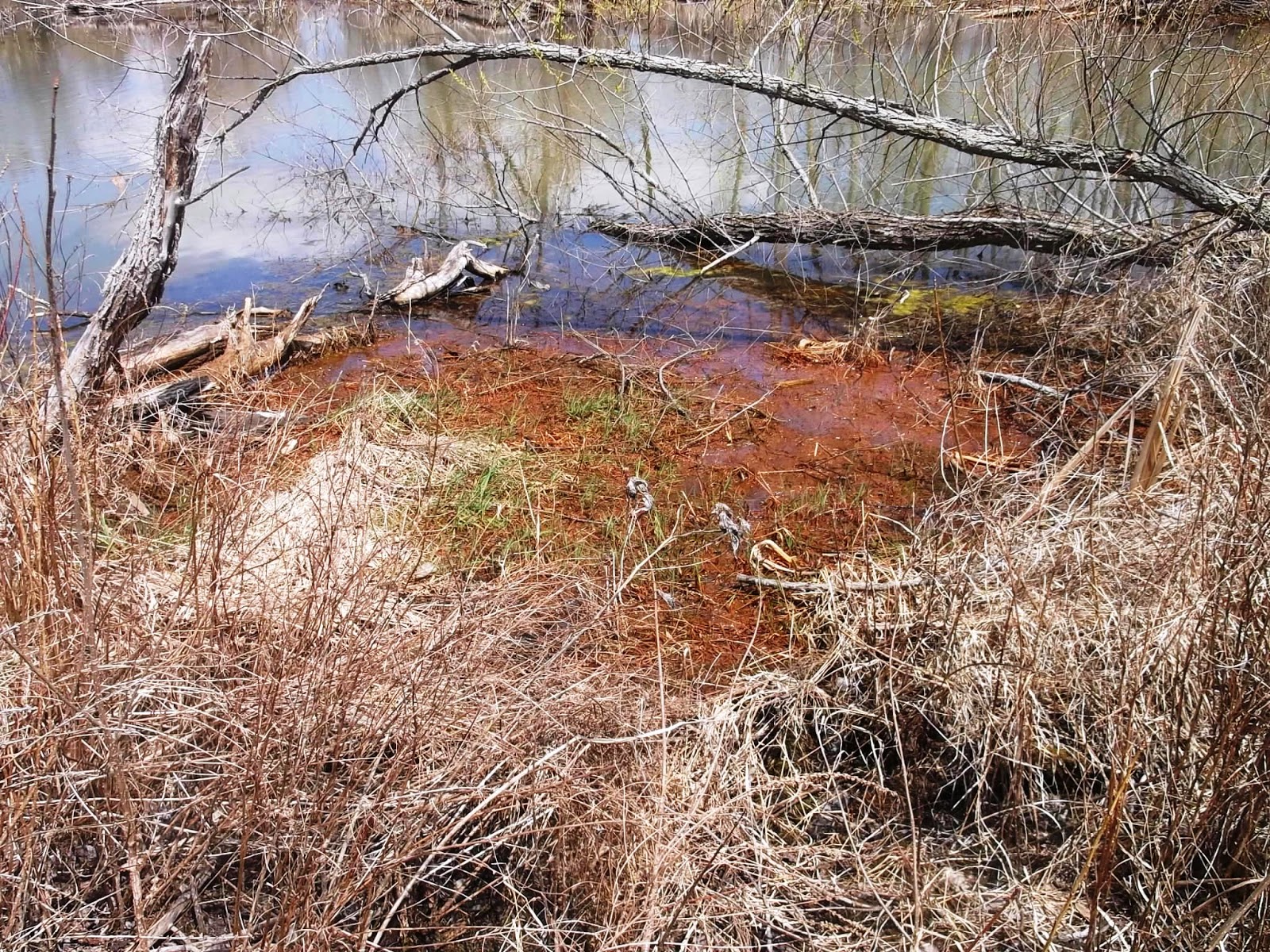 Biologists used to think that pine needles were acidic.  They assumed that pine trees made the soil beneath them sandy.  They assumed that the rain leached the acid out of the needles which then dissolved the iron out of the soil.  The soil become ashy gray as the iron leached out.  It also became progressively sandier.  The soils in those northern forests was called "podzols" by the Russian soil scientists.  Podzol is under-ash in Russian.

More recently, a different mechanism was found to dominate.

In the spring time, the soil is saturated as the top layers can not drain through the deeper layers that are still frozen.  Decay organisms compete so effectively for free oxygen in the warmer, top layers that they rob oxygen from the iron in the Fe+3 state, reducing it to Fe+2.

That water comes to the surface somewhere.  Sometimes it runs into streams.  Even though the spring water cools down the stream....which normally would increase the water's ability to dissolve oxygen, the Fe+2 gobbles up all of the dissolved oxygen and create a death zone.

ometimes the springs feed into bogs.  Over time, the Fe+2, after exposure to air, creates massive deposits of red Fe+3.  Those deposits were mined and were known as bog iron.  Even though New Jersey has no traditional sources of iron ore, it was a major producer of iron for the first hundred years of our country's history....bog iron.

This time of year is a great time to find "springs".  They are highlighted in red.