I marvel at how much was done, and with how little, in bygone days. 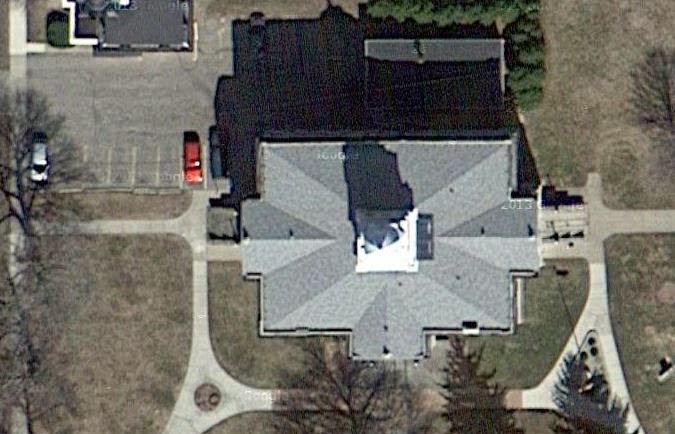 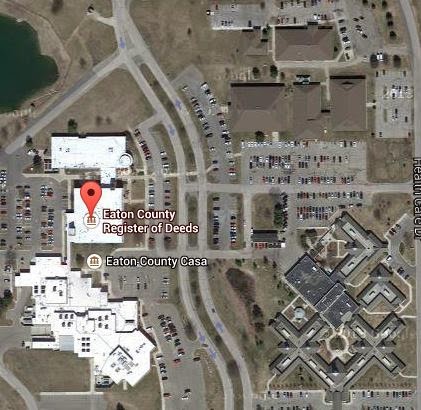 This is a snip from Google maps.  It shows part of the Charlotte campus of the county offices.  Based on footprint and number of occupied floors, I get 470,000 square feet of space.  The current population of Eaton County is about 107,000.  That computes out to about 4.5 square feet of space for each resident.

Efficiencies gained by computers have been offset by increased court loads in "family" law, DUI and the fact that we have a higher percentage of feral-citizens.  Activities that were handled within the family, church or smaller community have been bumped up to the county level.  No doubt, "economies of scale" have often been used as a reason for doing so.

It is just one of those things that makes you go, "Hmmm!"
Posted by Eaton Rapids Joe at 10:38 AM