I had an unexpected pleasure yesterday.  I was interviewing a local businessman for this week's Local Small Business essay.  The conversation was wide ranging, positive and the businessman was delightfully well informed.

One of the little side topics we touched upon was the amount of intelligence that can be embedded in paper forms....when they are designed with intelligence and intent.

This was a highly developed art form before computers became ubiquitous.  I think we lost much.


One type of paper form is called a "nomogram".

A nomogram ...is a graphical calculating device, a two-dimensional diagram designed to allow the approximate graphical computation of a function. ...nomography was ...used extensively for many years to provide engineers with fast graphical calculations of complicated formulas to a practical precision.   -From Wikipedia

I thought back to the last time I took a kid to the Emergency Room to have two stitches removed.  It was an hour of road time, a half hour of sitting in a waiting room, forty minutes of data entry by a nurse fighting with clumsy software.  The actual time to pull the stitches was twenty seconds.  And it would have taken half that amount of time if the nurse had done both of them instead of letting a med student dink around with pulling the second one.

What a waste!!  I can remove stitches.  I have two sisters and two sisters-in-law who are nurses.  I have a brother who is a doctor.  I was directed to return to the originating Emergency Room because it simplified their paper(computer)work.  It reduced it down to forty minutes of data entry.

This is my best shot at a nomogram to assist in the clinical diagnosis of this cluster of maladies.  Don't take this to the bank.  I am not a doctor.  This is the effort of a layman.  It is 90 minutes of work and was fueled by two glasses of Merlot...it is merely an attempt illustrate the power and simplicity of an intelligently designed paper form. 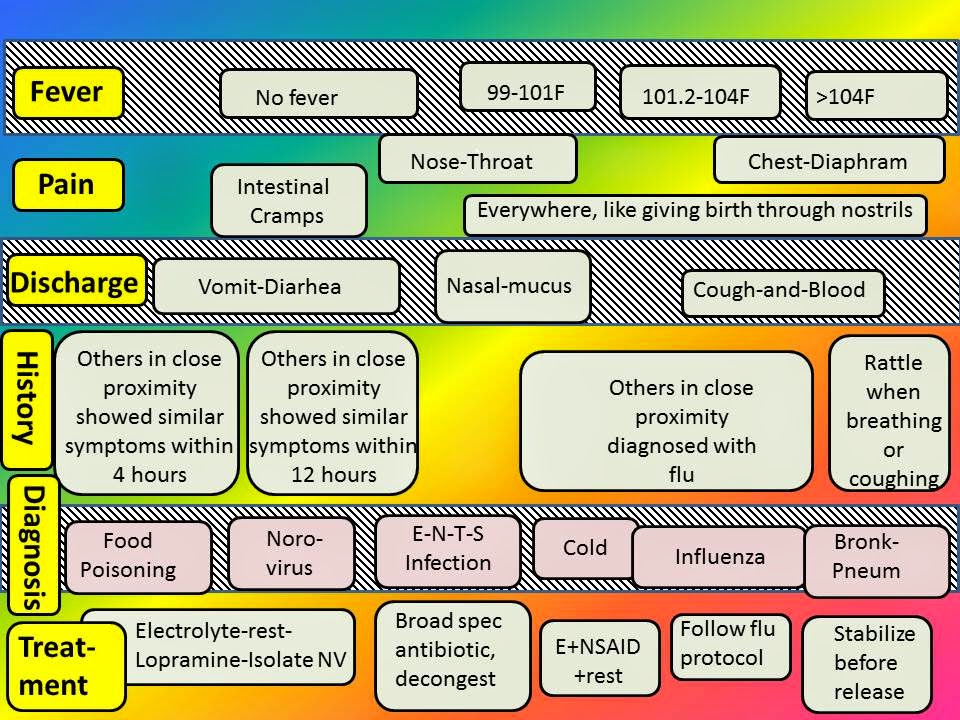 
Every problem looks like a nail when your only tool is a hammer.  Computers are seductive.  It is too easy to not see any of the other tools in your tool box when you have a shiny, new computer.
Posted by Eaton Rapids Joe at 11:22 AM