One of the appeals of gaining expertise in snaring is the prepping/survivalist/live-off-the-land angle.

Any technique that requires exotic materials is foolishness as it merely displaces where the user is dependent upon a (potentially fragile) supply chain.

The wire/cordage must be strong enough to hold the lunges of the varmint.  It must resist or be tolerant of kinking.  It is advantageous if it is not super visible.  It must be limp enough so the animal will tighten the loop without becoming alarmed.  It is desirable for the material to take a set or otherwise not allow the loop to loosen.

Some jurisdictions allow snaring and they often specify what kinds of material you can use. For example, Manitoba, Canada allows the snaring of rabbits but mandates 22-to-24 gauge brass-or-copper wire. Problem solved.

Another material known to work is multi-strand picture hanging wire.  However, 22 gauge florist or paddle wire is too vulnerable to kinking to reliably hold a capture.  22 gauge steel wire that was not dead-soft might work but I have not data.  Snaring is one of those activities where you learn by doing and by making adjustments.

22-to-24 gauge brass and copper wire are rarely "found materials" in my neck of the woods.  So I wanted to figure out how to make "native" materials work.

The material is plenty strong, it has a knot breaking strength of 130 pounds.  It is somewhat vulnerable to chewing.  Its primary disadvantage is limpness.  It requires much support to hold it up in the proper position.  That is why I took the trouble to show three different techniques for supporting the loop. 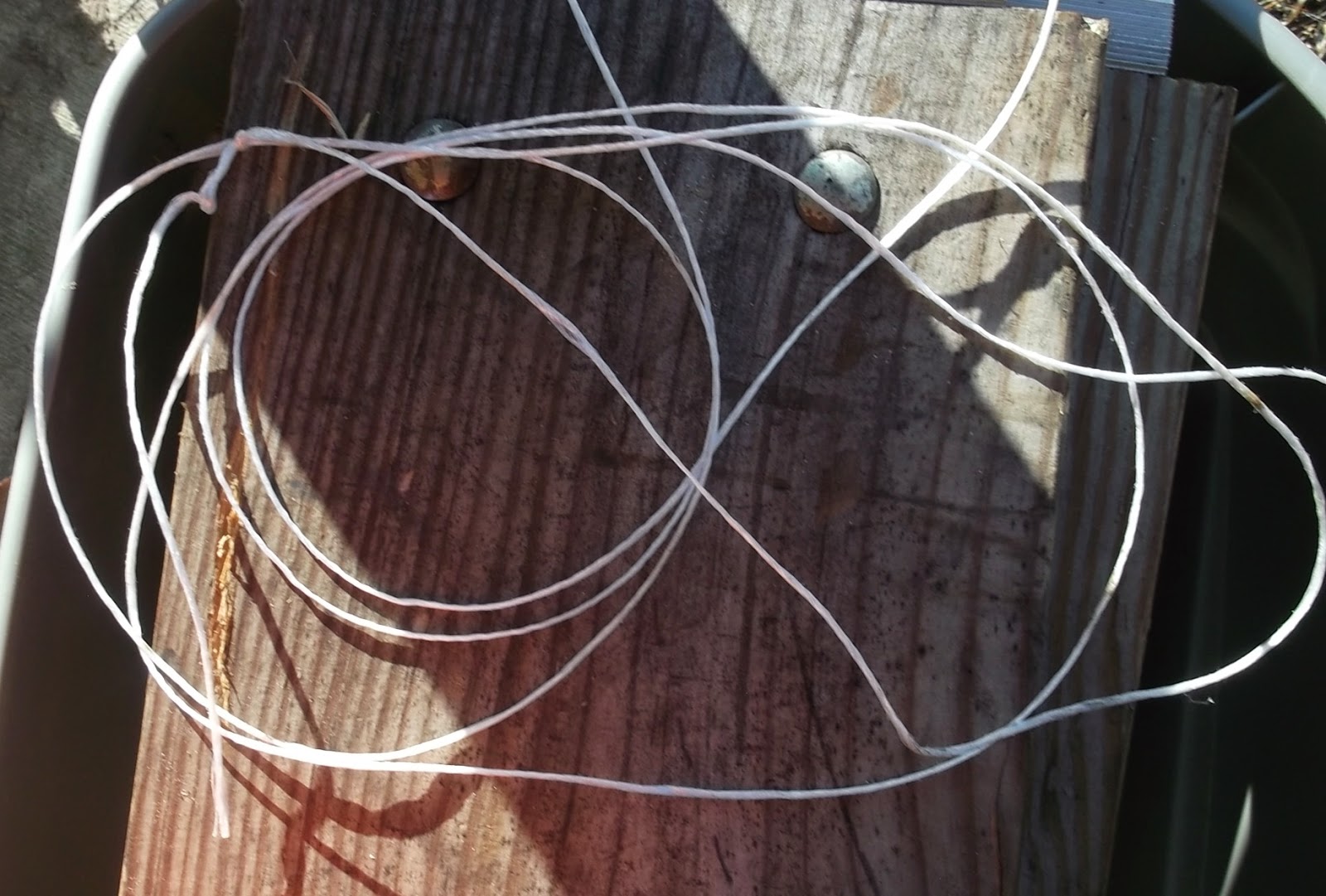 If your garden is besieged by Varminticus bugsbunnicus and you have no other means of control, and don't want to go scrounging, nor do you want to buy a lifetime's supply of cord, the synthetic cord given away at big-box, building supply stores will probably work.  This white, poly cord was given to me by Menards.  I like the baling twine better because it is UV resistant but I am sure this cord would work in a pinch.


Snaring is a numbers game.  Not every trail gets used every night.  The key is to identify good places to set up snares and to set up more than one.

One will learn volumes by walking around after a light snow. 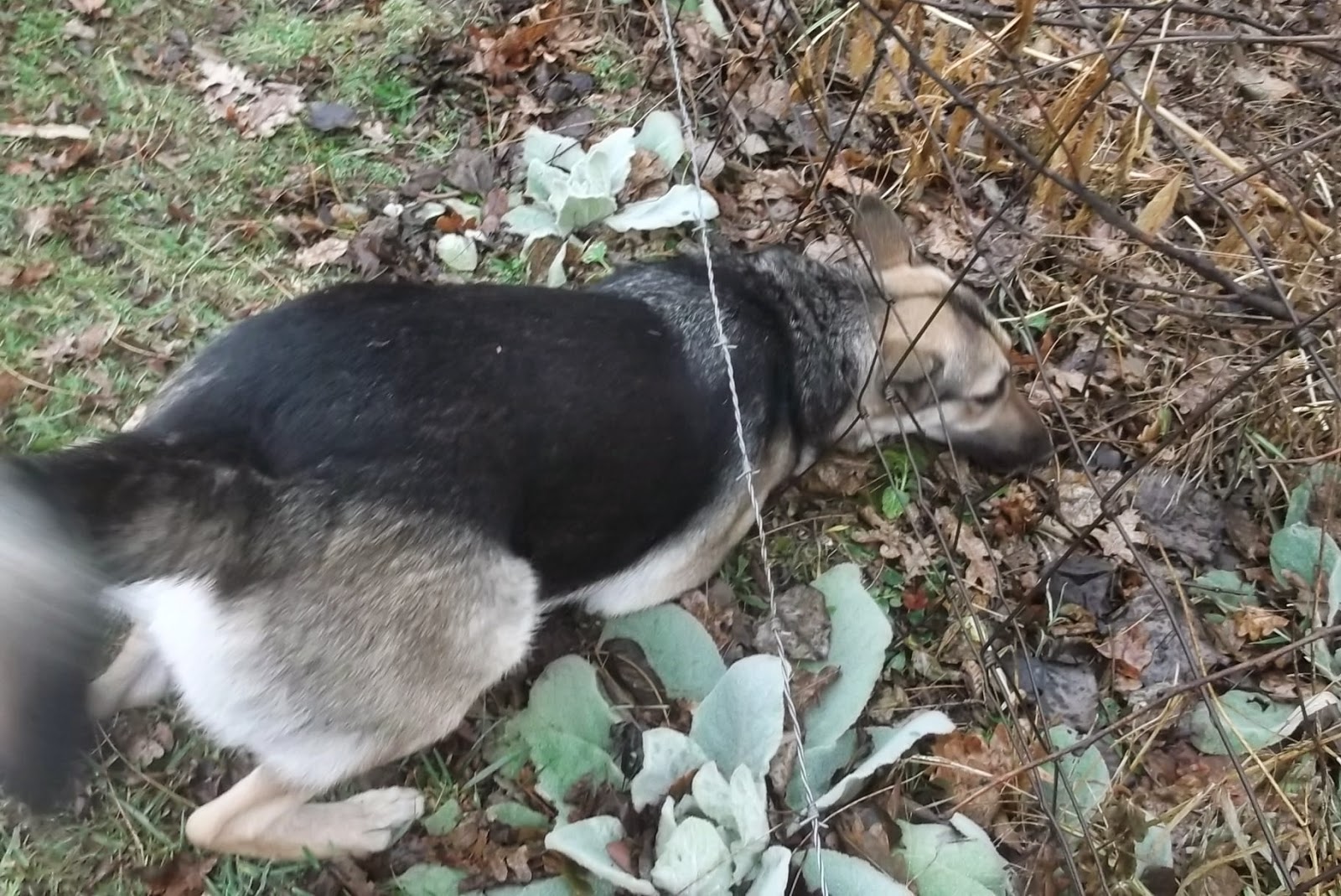 A good dog will tell you much if you slow down and let him poke around.  These dogs are telling me something by where they poke their head through the fence.  They are not sniffing for truffles.

One can bias traffic by opening up a fence loop so it is more generous in size.  One can also jam sticks in other openings to make them less attractive to traffic. Yes, I know that a varmint could squeeze through, but they are lazy.