The December test run of the generator showed a significant fuel line leak.

Diagnosis involved disassembling the air filter housing so I could look things over. 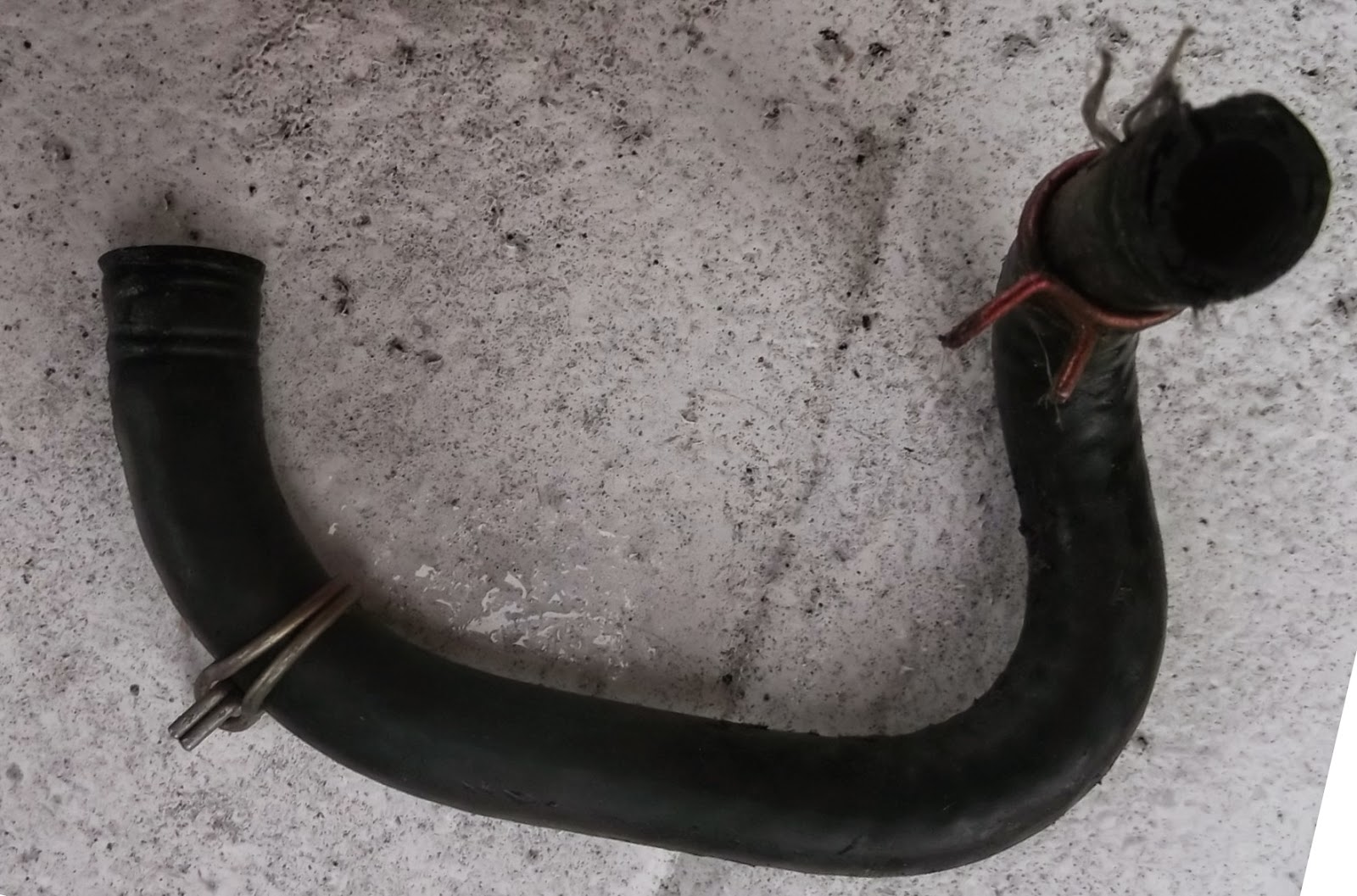 It was the fuel line on the high pressure side of the fuel pump.  It is a formed piece to snake around all of the obstacles. 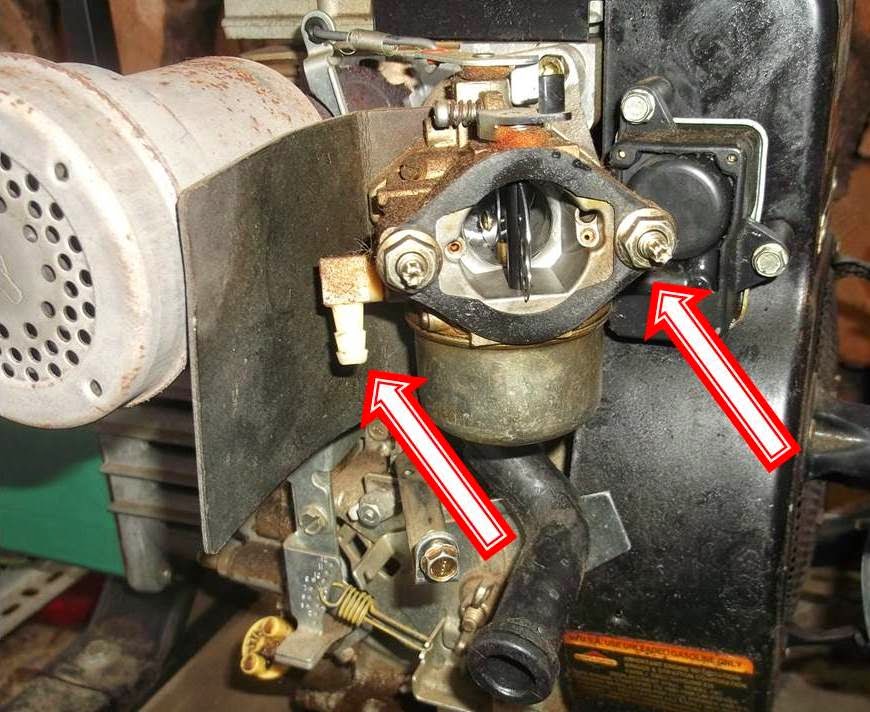 It attaches to the white, barbed nipple that feeds into the carburetor on the left side of the photo.  It is close to the exhaust muffler.  The additional heat certainly did not do the hose any good.  This end of the hose was cracked circumferentially at the end of the nipple.

I will be making a trip to the auto parts store later today.  Mrs ERJ, God bless her, suggested that I buy enough fuel line to replace all of the rubber.  One failed rubber part is a precursor.  If you don't replace all the "like" rubber parts it is guaranteed that you will soon be cursing.
Posted by Eaton Rapids Joe at 12:06 PM