Whining is NOT a Leadership skill 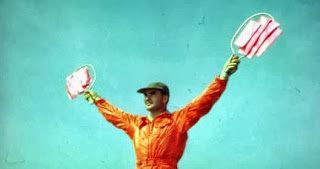 We all find ourselves in leadership positions.

It is not always due to authority that is granted from above.


The signal man was the guy who directed planes that were landing on the WWII aircraft carriers.  They were not Admirals who graduated from the top of their class in Annapolis.  Nor did they did have college degrees like the pilots.

One-person-in-forty is "primarily motivated by achieving results through other people."    That is, one person in forty is hard wired to be a leader.

Given that we must all function as leaders and that only 1-in-40 is hardwired to be that way;  then it is critical that we practice and model what looks like Leadership.  Because we play like we practice and we become what we do.


Nothing says "I have no power" like a person in a leadership position who whines.

How is it possible for the troops to have power after the leader abdicated his?

We seem to be in a race of learned helplessness.  A cult of victimhood.  Sadly, it works in the short term for some of the players.


Whining is not a leaderships skill.  I checked.  It is not listed in the Lominger competencies....although it may show up there soon.


One of my goals is to attend Mass more often.

One of the things I appreciate about the priest who presides over these Masses is that he gives a quick review of the "Saint of the Day." The priest ended his homily by requesting that we pray for a constructive result from the Affordable Healthcare Act.

Mr De emigrated from Sicily as a young man.  He busted his butt and retired in his early sixties.  Even though he is 5'6" in his wingtips, he is a scrapper.  He works at staying physically fit, but like many of us wears a blanket of "good living".

His kids make sport of him behind his back because he finished his workouts by punching himself in the stomach 25 times as hard as he can. 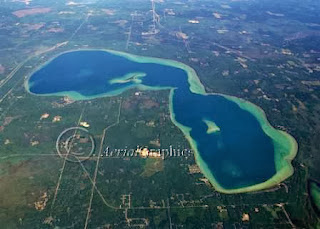 Mr De spends part of his retirement in Northern Michigan.  He was riding his bike around Higgins Lake (thirty mile trip) when two young thugs pulled in front of him and dumped him into the ditch.  They jumped out of their car.

"Give us your wallet." they said.  This looked like a move that they had practiced before.

"COME AND GET IT!" Mr De snarled back.

"COME AND GET IT!" Mr De snarled again.

No whining.  No bargaining.  No cringing or grovelling.

The two thugs looked at each other, shrugged, got back into the car and drove away.  Either they did not want to get dew on their athletic shoes or they wanted no part of a crazy old man.

The funny thing is, to his kids, their old man did not carry a wallet when riding his bike.

Mr De is one of my heroes.