One of the advantages of pre-reading the the Sunday Bible selections is that one can decadently nibble on the hors d'oeuvres at one's leisure.

Today's main reading was the story of the Prodigal Son from Luke.  One snippet, a hors d'oeuvres if you wish, from that reading is:


"While he was still a long way off, his father caught sight of him, and was filled with compassion....put a ring on his finger..."


It is inevitable that listeners filter out tidbits that don't resonate with our reality.  But I suspect that "ring on his finger" projected very vivid imagery into Jesus's original audience.  So what did "...put a ring on his finger..." mean?

Rings were (and are) instruments of authority.  Rings were used to seal documents and seal contracts. 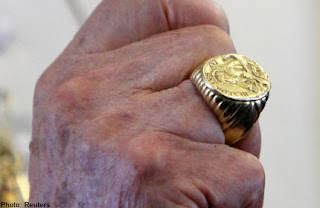 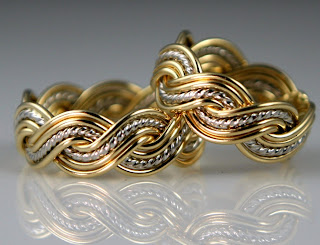 So the prodigal son was not just welcomed back into the family in a nominal or ornamental kind of way.  The prodigal son was given such authority that he could destroy the family if he acted unwisely.  It was deep, absolute, extravagant, foolish forgiveness.  Like giving your wayward, drugging son all your credit cards and access to your password wallet and authority to sign contracts, including taking out loans on your behalf.

As followers of the Word it is our responsibility to discern whether Jesus intended this parable as a metaphor for salvation, or to be a template for our actions and choices, or as hyperbole to shock us into viewing creation in a new way.

I hope you enjoyed the hor d'oeuvres.
Posted by Eaton Rapids Joe at 3:08 PM