The Shrewd King: A meeting of Kings Part II 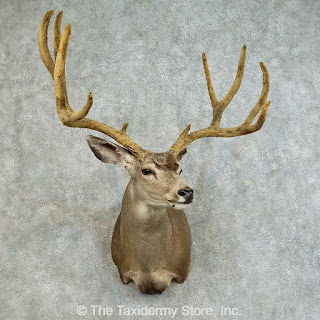 “Being a cop for twenty years, most of those years on the street, I learned there are always two sides to every story.” Seraph observed.

“What would that store-keeper say if I went and talked to him.

“What? You would take the word of one of them sand-niggers over me, a church-going Christian?” Blastic said."They are nothing but a couple of God-Damned Moose-lims!"

Seraph fixed Blastic with a steady gaze. “Didn’t know you were churched-up. Where do you go?” It took a lot to intimidate Seraph and Seraph did not care much for the epithet “sand-nigger”, two insults for the price of one or the deliberate mispronunciation of the word "Moslem".

“My wife goes to the Congregational Church.” Blastic spat out.

“Yup. I have seen her there. That is where I go.” Seraph said.

“Where do YOU go?” Seraph pressed.

“I was raised Christian. That’s what matters.” Blastic was finally able to splutter.

“Do you know much about us Congregationalists?” Paul asked in a conversational tone.

Blastic clearly tuned out. He had not invited Seraph out here to get evangelized.

“We have a long history in this country.” Paul said.

“Not everybody liked Congregationalists.” Paul said. “Small, New England towns, sitting in valleys, not much room to spread out. Everybody was into everybody else’s business.”

“There was a lot of pressure to conform. Everybody had to think and act the same way.” Paul said.

“One of the things they believed back then, something that seems odd today, is that you could tell who was going to heaven based on how they dressed or how big their house was.” Seraph said. “Anybody looked or acted or dressed a little bit different, well, no way could they be going to heaven.”

“You know another thing the Congregationalists are famous for?” Paul asked.

Blastic poured himself another healthy belt of bourbon.

Paul looked down at his glass and noticed it was half empty. Pointing with his finger a line about a finger’s width higher than the current level, Paul nodded his head indicating that he would like his drink “freshened.”

Blastic filled it to within a half inch of the rim.

“Congregationalists are famous for hunting down and killing witches.” Paul said.

That got Blastic’s attention. “What?”

Paul nodded his head. “Yup, sure enough. In one year during the 1690s, the Congregationalist killed twenty-five witches. They hung twenty of them and five died in jail from maltreatment.”

"What makes that impressive is that there were only about 50,000 white people in Massachusetts at the time" Seraph said.

“Were they really witches?” Blastic wanted to know.

“So why did the people think they were?” Blastic asked.

“There are a lot of different theories. The one I believe is that they were tripping on acid.” Paul said.

“Exactly. It had been a very wet year and nearly all of the witnesses lived on the poor side of town. Their fields were so poorly drained they could not grow wheat, so they grew rye instead.” Seraph said. “We know that a kind of mold called ergot grows on rye when the weather is wet just before harvest and ergot creates lysergic acid, the ‘L’ in LSD.”

“So the witnesses were tripping on acid.” Blastic concluded.

“The witnesses and the victims.” Seraph corrected. “The judges made the victims testify and identify more witches.”

“So what does that have to do with the camel-fuckers?” Blastic demanded.

“A couple of things.” Seraph said.

“The only crime the victims of the Witch Trials were guilty of was to be too poor to eat bread made from wheat and they acted a little different from the rich people.” Seraph said. “I will be VERY pissed off if something happens to the men running those stores. Incidentally, their names are ‘Shah’, not 'sand-nigger' or 'camel-fucker'.”

“Personally, I don’t care if somebody came from the seventh circle of hell and if their religion throws puppies and kittens into volcanoes. What counts is what the person did and what that person does now” Seraph said. "I see those two store-owners extending credit and feeding a boat-load of hungry people. That counts for a lot in my book."

“You are right. Things are different, now. Things are tough, real tough. We need everybody working together to pull ourselves out of this hole and I won’t stand by and watch good men get crapped on.”

Seraph drained his whiskey glass and restrained a cough. “Is there anything else you wanted to talk about?

Blastic shook his head “No.”

Walking out of the room, Seraph took one last look at the mounted mule deer. He could see where Kitty Beard’s .243 Winchester had clipped the hair in the notch at the front of the sternum. Tom had to pay extra to ensure the bullet wound was included in the mount. She nailed it front-on as it had stepped out of willows a hundred yards from her stand.