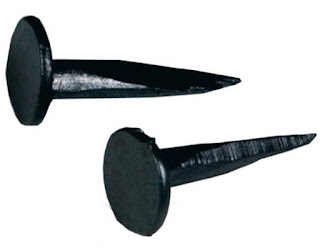 I have a niece who is as sharp as a carpet tack. Her name is Maya, although that is not important.

She will be a sophomore in college this year and she is investigating research topics for her Ph.D. To say she is a planner is to understate things.

Since I have a few ideas about such things, I had little difficulty talking with her this past weekend in Ludington.

I wonder how many people who post this sign in their yard realize how hard "science" can be.

I suspect that most people who put this sign in their yard are not scientists or engineers. They probably believe that science is simply a matter of cranking one dial clockwise and validating the increase/decrease of a single output.

Much science is like that. The easiest and best part, really.

The hard part is where inputs are coupled. The Design of Experiments guys call this "interactions".

Consider a bicycle. What happens if you crank the handlebars clockwise without leaning to the right? Yup. You fall on your dupa and skin your elbows. It gets harder from there.

How about the interactions between hydrogen, oxygen and sparks? Boring, boring, boring until all three are present...then duck.

As you can see, increasing the number of variables quickly puts the economics of the scientific method in the ditch when there is a high degree of coupling.

Which makes the tendency of progressives to couple dissimilar things particularly maddening.

They would couple the pay of the Chief Executive Officer to the lowest pay-rate in any enterprise.

They would couple the tax on gasoline with carbon emissions in China.

They would couple property taxes with rainfall (New Jersey).

They would fine landowners for using best-practice arid gardening techniques, preferring that they let the water run off and be repurchased from municipalities (Oregon).

They would subsidize statin drugs and then lament the increase in Type II diabetes.

Real science holds some hard truths. There is no free lunch. If you think you found one then you better get ready because something is about to bite you in the azz.