The Last Centurion and Christmas 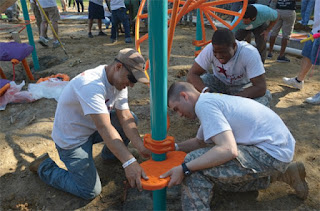 Cultures dominated by "Group Trust" are very agile.  They quickly self-organize into groups that align skills and needs.  Those ad hoc groups are very efficient because they are not burdened with extraneous selection criteria like clan or tribe.  Needs are seen.  Needs are addressed.

Then it can be seen "leveraging" when Christianity became the state religion of the Roman Empire.

Rome maintained a grip on the empire by putting Gauls over Jews, Greeks over Egyptians, Goths over Carthagians.  Exploiting the pre-existing animosities allowed the empire to balance each group against the other and assured the government that if ordered, the soldiers would have no inhibitions against killing those they were garrisoned within.

By the year 300AD the Roman Empire was lurching from crisis-to-crisis as resource depletion, ever longer supply lines and the growing "entitled" class created economic strain.  The centuries of pitting one ethnic group against the other exacerbated pre-existing tensions and the Empire was on the verge of self-immolation.

Christianity was the key
Adopting Christianity as the state religion offered some very practical solutions to a couple of the problems. 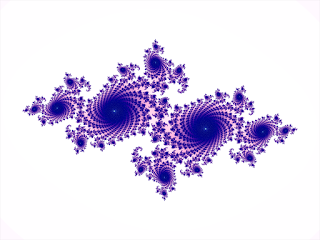 It is debatable if Jesus's message of servant-leader made much headway with the entitled classes but every little bit helped.  That is the nature of recursive algorithms like Julian sets and compound interest;  small changes in the input result in massively intricate changes in the long-term output.

Perhaps the larger solution was the idea of "Group Trust".

For through faith you are all children of God in Christ Jesus. For all of you who were baptized into Christ have clothed yourselves with Christ.  There is neither Jew nor Greek, there is neither slave nor free person, there is not male and female; for you are all one in Christ Jesus. And if you belong to Christ, then you are Abraham’s descendant, heirs according to the promise.  Galatians 3:26-29

Rome lurched along for another 150 years before collapsing but the foundation was laid for "Western Civilization" as we know it today.

And all because a scared, unmarried woman agreed to the most preposterous proposition.   And a babe was later born in a barn and laid in a manger.

Merry Christmas!
Posted by Eaton Rapids Joe at 10:30 AM