Fake News Friday: You too can be a benchrest shooter 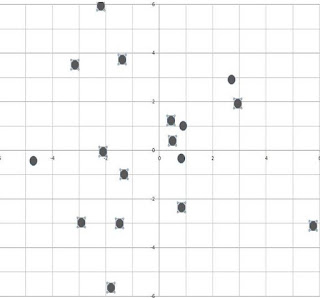 I visited Family Shooters Corral today and Russ Nelson told me Uncle Buck's sure fire way to "tune in" rifles so they are capable of shooting 1" groups.

The most important thing is to buy a box of premium ammo.  All snarkiness aside, you cannot go wrong with Federal Premium Vital-Shock loaded with Sierra Game Kings or Nosler Ballistic Tips in a weight that is appropriate for the game.

Then, set up at the fifty yard target.  Most people grossly overestimate range so it is reasonable to test your rifle at fifty yards for what you will judge to be one hundred yard shots in the field.

Then, fire all twenty cartridges at the target.

It is very important to take your time so your barrel can cool off between shots.  As incredible as it seems, it is not excessive to take an entire three minutes to shoot twenty times. 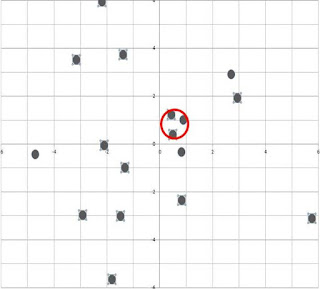 Then circle the three shots that are in the tightest group.  That is the three-shot group size.  Viola!  A one inch group.  Now that was not so hard, was it? 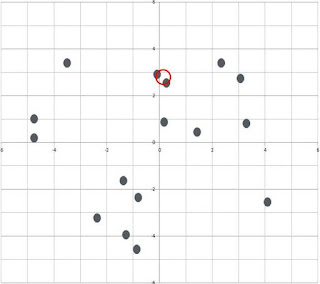 Don't despair if the group size initially appears to be larger than one inch.  Count the number of holes in the target.  If you count the holes in the target shown above you will see that there are only sixteen holes.  That obviously means that four of the bullets went through the same hole that was made by an earlier bullet.

The gun, ammunition, and most importantly The Shooter is clearly capable of half-inch, three shot groups!

You too can become a master marksman by simply hanging out at your local shooting range and by asking guys like Russ Nelson "How does Uncle Buck do it?"

I did go to Family Shooter Corral yesterday and shot honest 2.5", three shot groups at 100 yards. I had horizontal stringing which suggests that I have a lot of trigger work to do.  The load was nothing exotic.  .308 Winchester, 41 grains of IMR 4895 and Hornady 165 grain boat-tailed softpoints.  The load is a full 10% below maximum and shoots as gently as a 75 year old man flatulating.

I had the scope on 4X as that where I will most likely set it when hunting.  Magnification is a trade-off between speed and precision.  My preference is to hit with less precision rather than missing with higher precision...but that is just me.

I intend to upgrade to a Nikon Prostaff or a Vortex scope after I win the lottery.  $200 can buy a lot of scope now days and $40 will buy a set of Warne Maxima rings.

For a Tactical rifle, hunting rings and bases are not strong enough. The standard twist in type rings are fine for a rifle that will only be used a couple times a year but not for a rifle that will be dragged through hell. For this reason I chose WARNE MAXIMA rings and bases ($57.00 for the whole set). These use torx type fasteners and are tough as nails. These are the only civilian rings and bases I will recommend. They have served me well and are very exact in initial zero. The screws for the bases are torqued to 25 inch pounds and the rings to 13 inch pounds. This is rock solid with steel-to-steel contact at all points.  Source


Ballistics software suggests impact velocities over 2000 fps at 200 yards which should be plenty to make the bullets expand on targets coyote sized and larger.