From the Comments Section

Reader Third Coast wrote in the comments section of the post Self-discipline:


Books have been written about some of the items you've brought up here. Do you think there's a possibility the pendulum will start to swing, or is it too late? All I'm going to say is people, especially younger ones, have no sense of history.

Having four kids has given Mrs ERJ and me a seat on the fifty yard line.  Hanging out with my coffee group has also given me things to think about.

Too late for some individuals
While it is risky to discount the power of God to effect change in people's lives there are some lives where it appears to be too late to turn them around.

Consider the forty or fifty year old man who steals firewood from his dad.  He is unemployed by choice.  Work cuts into his video gaming too much or he tried it once and he did not receive the respect that he knew he was entitled to.  He drive vehicles that are given to him by his parents and lives in housing they bought or are paying for.  Hearing that the 76 year old dad was driving around on bald tires I offered him a set of snow tires I had stored in my barn.  His response, "Hey...those will fit on Junior's truck."  I withdrew the offer.

The disconnect between "school" and reality is huge.

I have had conversations with teachers who honestly believe that "entry level" jobs that pay $130,000 a year abound.  "All you have to do is follow you heart and your passions."  I think they do a grave disservice to our young people.

Millenials
Is it any wonder they roll-over when they hit reality?

It is like tossing a tropical fish into the run-off from a landfill.

Our responsibilities as men
Men are culpable, in part, for this turn of events.

The feminists oversimplified.  They exalted "mothering" and dissed "fathering" as a third-rate, piss-poor substitute for "real" parenting.

They were oblivious to the fact that mothers and fathers act as a team.  We fill different roles in our child's development.  Mothers do the heavy lifting from birth to age nine.  Then dads rapidly take larger roles in the child's transition to adulthood.  THIS IS NOT A FLAW. 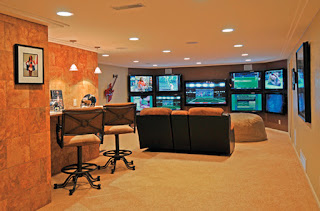 Many men abdicated their role.  Some were pushed out by welfare rules.  Others said, "Fine.  If that is the way you are going to be then I will retreat to my man-cave for the duration."

The damage was compounded as grandfathers became scarcer.  They had been filling the gap.

The absence of dads or the complete wussification of them results in children getting stuck in childhood.

Adults accept that they are responsible for the consequence of their choices and their actions.  The arrested child looks to somebody else, anybody else to rescue them.  It is the only mode of harvesting resources that they know.  Swoon-and-collect.

Back to millennials
Reality is a ruthless bitch.  Most millennials come around.  They realize they have been had.

The first rule of conning somebody is to tell them what they want to hear.  "Yep, empty Jim Beam bottles are going to be worth a fortune.  Mark my words!"  Easy to see from that perspective.

Most millennials flip right-side-up once they figure things out.  They narrow down their luxuries to a good cup of coffee in the morning and then trudge off to their part time jobs.

Unless, of course, they can find a parent who will continue to support them economically.

Will the pendulum swing?
The question is, will it swing within our lifetime.  Hard to say.

The key metric is the 10 year T-Bill interest rate.  The arrested development is funded by issuing debt.  That is, society is using a credit card to pay for these "children".  Interest rates will spike when they bump into the credit card's limit.  Then the economy will go into the septic tank and inflation will immolate any savings "the ants" might have.

When will the credit card hit the wall?  I don't know but one good guess is that it will happen shortly after baby boomers flip from net savers to net spenders.  Withdrawls from 401-ks, IRAs and pension funds raising liquidity will create a shortage of buyers relative to sellers and then things will get ugly.