Let me offer a solid, well thought out definition of a robust process:  "A robust process is a process that can absorb all anticipatable variation in the inputs and still produces an acceptable output."   Bruce Kelly P.E. of Kelly Welding Solutions

In other words, a robust process is like a funnel.  You can have variation in the stream of liquid you are trying to pour into a container.  Without the funnel much of the liquid would spill, which is rarely an acceptable outcome.  With the funnel, most or all of the liquid will go into the container.

In a sense, a funnel provides you with a wide "process window".  You can pour a bit high, you can pour low, to the left or right...and it will still go in.   Obviously you can still miss the top of the funnel but your job became significantly easier because you widened your process window, that is, you made your target bigger. 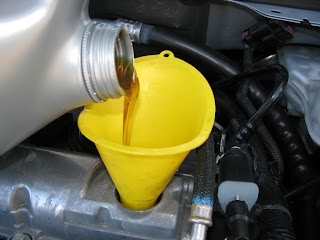 I want to tell you a story about how two engineers who were tasked with the assignment to create a robust process.  I want to share this story because these guys are super intelligent, observant and practical.  Their methods can be applied to many different kinds of problems. 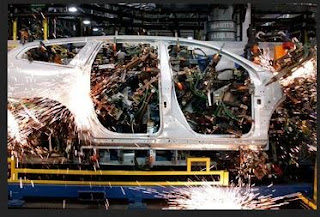 Resistance spot welding is a process widely used in the automotive industry.  A typical auto body has over five thousand spot welds holding it together and an auto factory can churn out one thousand autos every 24 hours.  Five million welds a day is big business.

Back around 1980 Dr Michael Karagoulis (Greek for Black Rose) performed an academic paper search and found over 300 "variables" that peer reviewed literature identified as variables.  Simple fact of life, it is not economically feasible to control +300 variables five million times a day and produce a vehicle that ordinary people can afford.

So Dr Mike and Bruce Kelly, PE, developed a plan to structure a process that would be inexpensively and precisely controlled.

There were more than thirty styles of weld caps in the corporate catalog.  Most welding engineers really liked the A nose cap and specified it as the default.  In my opinion they specified it out of habit and because it looks cool.  It looks like a bullet. That is what weld caps are "supposed" to look like.

Dr Mike and Bruce looked at the menu of weld caps.  Their sole concern was; which weld cap can absorb the greatest amount of outside "noise" and still produce good welds.   They saw themselves as industrial scientist and decided to make decisions based on data rather than looks or history or ideology.

So they created a small welding lab and started methodically sorting through the more than thirty weld caps in the catalog.  They chose a metal stack (galvanized 0.028"-to-galvanized 0.028" if memory serves) that had a narrow process window and started doing current sweeps.

It did not take them  long to identify the ball nosed cap as having the widest process window and as being supremely indifferent to off-angle welding and being moderately indifferent to cap misalingment.  Off-angle welding commonly occurs in hand welding because humans are not as precise as machines.  Cap misalignment usually occurs when shanks get bent or spun and typically occurs when the caps weld themselves to the work piece and the robot pulls away.

The long version of it had the longest life of any cap and the 5/8" diameter version was the most common diameter and was also the least expensive.  So they made the 5/8" long, ball nosed weld cap the mandatory cap.  By doing that, they eliminated approximately 30 other weld caps.


In spot welding the process window is defined by "cold welds" at the low end and "caps sticking", or welding themselves to the work-piece at the high end.  The ball nose cap was more efficient at wicking heat away from the weld interface because it has more copper around the weld (bigger wire).  It also had a couple of desirable quirks.  Weld caps sink into the work-piece as the metal becomes hot and taffy-like.  The ball nose cap rapidly increased the contact area and so was self-quenching.  The other quirk was that as the cap eroded the contact area increased in a linear way so it was easy to compensate for cap wear by increasing weld current.

Saturate variables to turn them into non-variables

The next thing they did was to observe than many of the inputs to the welding process show saturation characteristics.

This is where Dr Mike and Bruce dazzled me.  They had the perspective to realize that saturating variables turns them into non-variables.  What is a defect in a transformer could be stood on its head and used in ways to their advantage for other inputs.  That is, minor, anticipatable variations in the input could have minimal effect on the output but only if the nominal setting was in the middle of the saturated region.


You can weld with only 0.2 gallons per minute of water flow but minor variations in water flow (like when a hose flexes or the line gets spliced or a hose in the next cell ruptures) changes the process window and you will suddenly find yourself sticking caps or making cold welds.


Water is cheap.  Pumps are cheap.  Hose is cheap.  Bad welds are expensive.  Why would you complicate your life for the entire production run (possibly decades) when you can set the system up so the water flow is in the middle of the flat region circled in red on the picture.

So how much water flow did they specify?  Enough!

Actually, they specified more than enough.  They specified ample, generous, bountiful amounts of water flow.  Water flow is cheap.  Bad welds are expensive.  By their way of thinking "enough" means pushing the response curve very solidly into the flattened out region where slight variations and imprecision in measurement become irrelevant.

Several other variables were identified and saturated.

One thing at a time

Attempting to perform multiple operations, simulaneously with the same control equipment was a legacy from the time when electronic control equipment was expensive, fragile and in short supply.  So an entire generation of weld engineers had been trained to minimize electrical control content in tools and McGuyver the control by mechanical means.  For example, three or four weld guns might close at the same time and be powered by the same transformer/controller.  The engineers would twiddle with balancing the current between the welds by varying conductor thickness, gun pressures and the like.  But conductors flex and break and get warm which causes their conductivity changes.  Bushings in guns break and lubrication runs out so gun pressure changes.  Those changes degrade the process and it is not obvious to bystanders.

Times changed but that generation of engineers retained the old mindset.  Not only that, but many from that generation had risen high in the bureaucracy insisted that the new generations of handbooks still include the old rules and guidelines.

Dr Mike and Bruce realized that Weld controllers are (now) cheap and bad welds are expensive.  They simply tore that chapter out of the handbooks.


They insisted that only one weld be driven at a time from a given controller/transformer set-up.  That is the only way they could be sure that each weld received the specified time and current.

The work done by Dr Michael Karagoulis and Bruce Kelly, PE is now considered "obsolete" by the organization they worked for.  I share the methods they used because I think those methods have wide applicability to the problems that frustrate and bedevil us everyday.  Dr Mike still works for the same organization but Bruce Kelly, PE is retired and does occasional consulting work and he can be reached at Kelly Welding Solutions, 517-819-2582
Posted by Eaton Rapids Joe at 10:45 AM