For Want of a Nail


The earliest reference to the full proverb may refer to the death of Richard III of England at the Battle of Bosworth Field. This short variation of the proverb, was published in "Fifty Famous People" by James Baldwin. The story associated with the proverb, describing the unhorsing of King Richard during battle.

This event has also been identified as the origin of the Humpty-Dumpty ditty.

Blisters are the bane of those who really work on their feet.

I have been ratcheting up my long runs.  I ran 8 miles on Saturday.  But I think the cause of my blister was when I went into town to pick up a gallon of milk and I did not wear socks.

It may not look like much but it is a complete show-stopper if not treated with respect.

In the world of structures, material erosion due to rubbing is called "fretting". 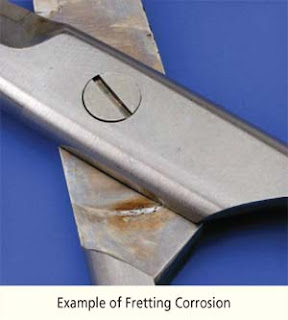 So don't fret, put on a second skin.  A snug, slippery pair of nylons will protect your skin and provide a slippery surface so your main, cushioning sock will not grab and rub your skin.

My next challenge is to armor against sweat running into my eyes.  This is what my glasses look like after nine miles. 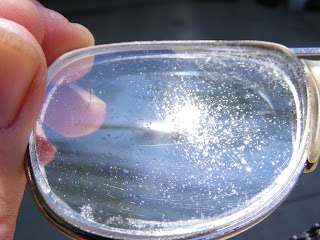