Get out of Garbutt 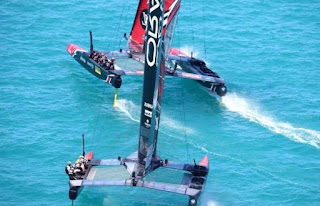 The standard advice given to young, under-employed men has been "Get out of Garbutt."

Garbutt, New York is the prototypical industrial town that had seen better days.

The people giving the advice were often professionals with swanky, $300K/year jobs. Obviously they were worried about the shortage of truck drivers needed to keep delivering Amazon loot and Ready-to-eat meals to their doorstep.

"...The answer to economic fear and insecurity is actual re-distribution of wealth"

Of course, the way government makes 'good jobs' is to create make-work positions that produce nothing anybody would willingly spend their own, hard-earned money on. Otherwise those positions would already exist.

The rise of Dyslexia Osmium-Cortex has all elected, Democratic leaders rushing to the left side of the boat.

My advice to anybody with decent income or wealth is to Get out of Garbutt NYC.

Do your research. Florida and Texas might flip to red. Oklahoma looks safe for now and the price of housing is CHEAP.
Posted by Eaton Rapids Joe at 7:53 AM