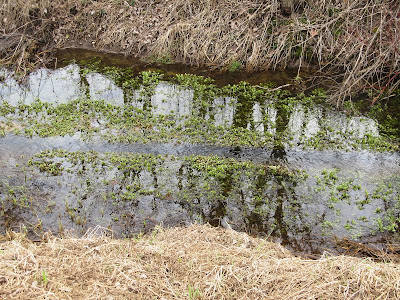 As noted earlier, I am attempting to walk 1000 miles this year.  I noticed on one of my "regular" routes that some drainage ditches have a goodly supply of watercress growing in them.  The ditch shown above is three miles from my house. 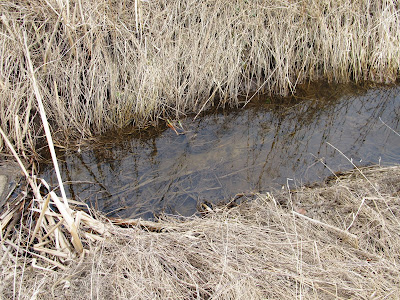 Other ditches have been recently "channelized" and are devoid of watercress.  This ditch is a mile from my house.

What do you think a dedicated guerrilla gardener would do?

Yup.  I scraped a hat full of watercress out of the one ditch and placed it in the plastic grocery bag that I always carry in my pocket.  I had taken the precaution of checking watercress at the local grocery store to ensure I had properly identified it.  This much watercress would cost about $4. 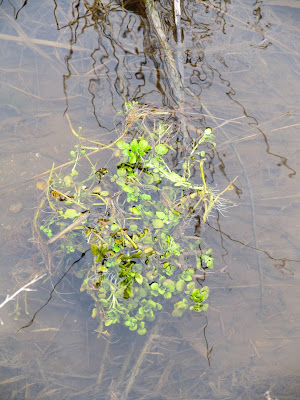 This is half of what I picked.  I followed it as it floated down the ditch in the current.  I took this picture after it settled against the stick.  The other half I collected went into a different ditch a mile and a half from home.

The watercress might not "take" but it cost me nothing.  I was already going for a walk.


Administrative notice:
This is the last post on Eaton Rapids Joe blog.  Recent changes in the .blogspot. platform (owned by Google) reminded me that nothing is really private on the internet.  Part of what drew me to this kind of blogging was that anonymity allowed me to be much more revealing that I could otherwise be.   That made the stories better and the advice more concrete.

Changes at Google, changes that are inevitable if Google is going to recover their investment, make it harder to keep the blog uncoupled from my real life.  It is not a problem unique to Google, it is a consequence of the paucity of ways companies can create revenue out of internet traffic.

Thank-you for being such a kind audience.  You have been  very tolerant of essays that were WAY too long and you overlooked tortured sentences and the too-frequent grammatical errors.  Again, thanks for inviting me into your breakfast nooks, your work cubicles and your commuter trains.  My only regret is that I wrote too much political dreck and did not post enough pictures taken outside.
Posted by Eaton Rapids Joe at 4:29 PM