We did not follow the recipe exactly.  We did not have enough cream cheese so we substituted a bit of sour cream.  Bella added a bit more vanilla than called for.  The recipe called for one, deep dish pan.  We used two, shallow 9" pie pans because that is what we had.

A final note of caution:  Don't cut the cheesecake until after it is chilled.  The cream cheese and sour cream have a very high fat content.  Cutting while warm will cause the slices to collapse in a heap of crumbs and the knife will drag when cutting. 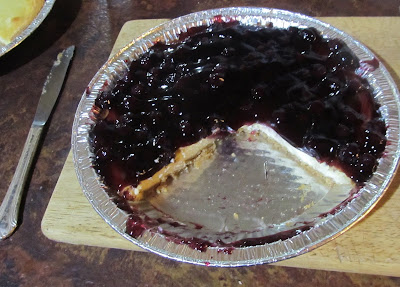