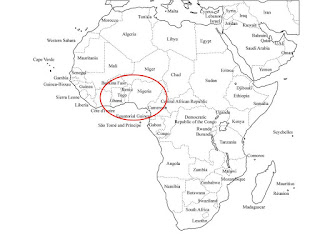 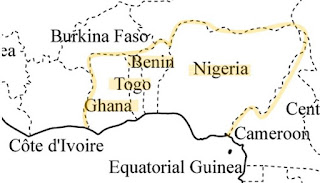 According to Oliver and Attmore, nearly all Africans who were sold into the slave trade and ended up in the Caribbean sugar industry or landed on the mainland of the North American continent came from four countries, Ghana, Togo, Benin and Nigeria.

This suggests a mnemonic: "Ghana benin togo (to) Nigeria".  That is, "Going to begin to go to Nigeria."

These countries were marked by internal struggles that produced large numbers of prisoners-of-war and acceptable harbors for European ships. The African slavers used the profits to buy guns, gun powder and horses which further fueled the internal strife of the Ashanti expansion. 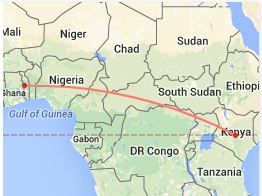 Many African-Americans affiliate with Maasai warriors.  Unfortunately, the homeland of most ancestors of African-Americans is 2600 miles west of the areas habituated by the Maasai tribe.  That is approximate the same distance as between London and Baghdad.