Lucky Pittman sent me a few pear scions in his last care package.  One of the pears is a variety called Tennis Shoe. 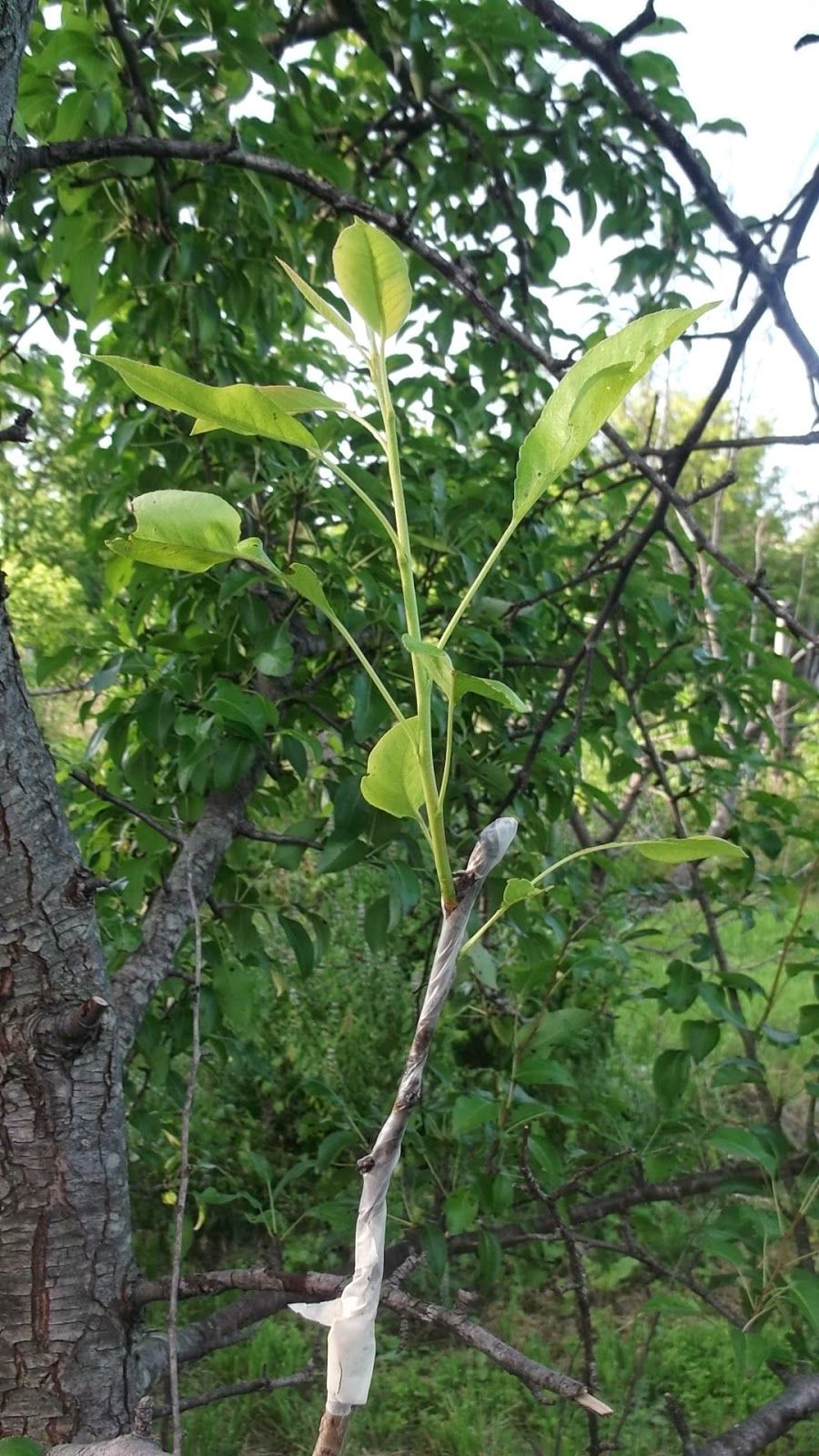 Mind you, it is not spelled "Tennis Shoe", but as best as my mid-Western phonics can noodle it out, it is pronounced "Tennis Shoe".  It is like that Cajun delicacy, Ouida Potatoes (pronounced Wee'-da potatoes).  I only know that 'cause I asked Pawpaw, my go-to guy for questions like that.

"Bill Adams, presently a retired Harris county (Tx) extension service agent, collected seeds from a pear butter project when he was working for the extension service and he and Tom LeRoy, another extension service agent who is now in the Conroe, Texas area, planted the seeds.  They had about 33 trees come up, and one had the flavor of a melting European pear with few grit cells and the crispness of an Asian pear; one of the best tasting pears I have eaten."  -Source


From there it fell into the hands of Dr. Ethan Natelson M.D. whose mission in life is to grow the world's highest quality pears in  Houston, Texas.  Heck, if it was easy it would have already been done.  The amazing thing is that Dr. Natelson is closing in on the prize.

He named the new pear after a combination of the momma tree (Tennessee) and the presumed pollen donor (Hosui).  Tennosui, pronounced Tennis Shoe.  In addition to excellent flavor and texture the cut flesh simply refuses to brown.  It stays as crispy white as a sheet of typing paper for days which makes it highly desirable for those fruit salads you take to picnics and such.

Other pears that Dr Natelson has grown in the Houston, Tx area and donated to the U.S. Agriculture Research Station) include the following cultivars.  The links will take you to the ARS page and there are some interesting "Narratives" or stories behind those varieties (Like Leona, for example).