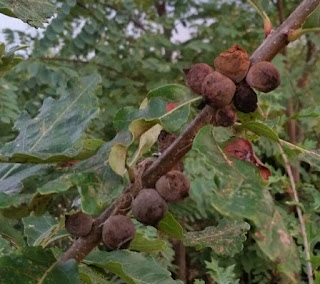 Samantha (Doc) Wilder walked into the Shaw farmyard at eleven in the morning. Traveling was better after the dew had a chance to dry, especially if you expected to leave the road.

A gout of children came gushing out of the front door and she heard dogs barking inside the house.

“Is this where Shad Shaw lives?” she asked the first child to reach her.

“Shad.” the boy yelled loud enough for everybody within two hundred yards to hear. “You gotta customer here.”

Shad blushed when he saw who it was. He was embarrassed by the mess.

Sam was not the least bit put off by it. Her dad had been a millwright at a paper mill and she had visited the factory several times. The Shaw yard had the same feeling of purposeful clutter, with large amounts of material coming and going, the feel of a profitable enterprise.

“Hello Docter Wilder.” Shad said. “What can I do for you?”

“First I wanted to see how your calcium grease project was going.” Sam said.

Shad led Sam and a whole passel of kids to a small pond downwind of the barns. “Mom and dad don’t want me cooking things where sparks might blow into the barns. Cooking the grease here takes the smell out over the ponds and won’t bother the animals or start a fire.”

Shad showed her the various stages of production. “I am still dialing the recipe in so I am still cooking in steel, five gallon buckets.” Shad said.

Sam commented on the color of the red, rubbery intermediate product. “It almost looks like strawberry Twizzlers.”

“Yeah.” Shad said. “I am trying transmission fluid instead of engine oil for the second stage. I think it might melt easier.”

“I was wondering if I could ask a favor of you and your brothers and sisters?” Sam asked.

Of course the five siblings were immediately on board with the project. Shad wasn’t so sure.

“I need some people who know the area and can go places to check things out.” Sam said.

“We will need to start a tannery to process hides into leather.” Sam said. “And to do that we need tanning chemicals.”

“Do you kids know what ‘rawhide’ is?” she asked.

“Sure! Those are the chew flips we give the dogs.” the young man who had announced Sam’s arrival said.

“Can you imagine boots or belts or harnesses made of rawhide?” Sam asked.

All of the kids, including Shad shook their heads ‘No. They would be too stiff and would crack.’

“It takes caustic and tannin to tan a hide. Caustic is lye or slaked lime. Shad, here, already makes slaked lime so we are half-way there.” Sam said.

“So what is ‘tannin’?” Shad’s younger brother asked. It was clear that he was something of a pistol and was just itching to give Shad a run for the money.

“Tannin is a chemical that is found in some parts of some plants. It grabs a hold of the protein in the hide and stabilizes and preserves it.” Sam said.

“How do you know if a plant has ‘tannin’?” one of the girls asked.

“Tannin also makes black ink when you combine it with iron in the +2 state.” Sam said.

Looking at the children’s confused faces she said, “Shad can explain it later.”

Reaching into her pockets she pulled out two clear, plastic flasks that used to hold vodka. “These bottles hold a solution of iron in the ferrous state. If you cut a twig on the diagonal and dip in into this solution, the parts of the twig with tannin will turn black.” Sam said as she handed both flasks to Shad. "Of course,most of them won't have much tannin."

“The way you do this” Sam said “is to pour a little bit into a separate cap and dip the stick. Then toss the contents of the cap, never put it back in the bottle.”

Sam walked over to the edge of the pond and asked if any of the young men had a knife to help her demonstrate.

Paul, Shad’s brother was the first on the scene. He whipped out his Buck knife and sliced off the stick she pointed at with one, diagonal slice.

Sam poured a little bit of reagent into another cap that magically appeared out of her pocket and she dipped the cut end of the stick into the liquid for about twenty seconds. Then she pitched the liquid into the weeds.

“You might have to let the end dry out before it colors up.” Sam said as she leaned the stuck up against the bush it had been cut from. The cut end of the stick was virtually unchanged in color.

“You can also check out seeds or leaves or almost anything else. You only need a little bit to check it out.” Sam said.

“When you find something that you think has a lot of tannin, I want you to tie a bit of ribbon or twine to the bush and then make a note in a notebook so you can find that exact bush again.” Sam said.

“And will this tannin be worth anything?” Paul wanted to know.

“Yes and no. On a per-pound basis it might not be worth much but over-all it will be valuable because we are going to need tons of it.” Sam said.

“Can you give us any hints of where to look?” Paul asked.

“Oak, chestnut and some kinds of willow bark. Oak leaves and galls. Grapes. Tannin is where you find it.” Sam said. “In general you will find it in plants that bugs don’t bite and in leaves that don’t get mildew.”

Shad asked, “We might go through a lot of that reagent. Is it something we can make?”

“Sure. Find something rusty like nails that have been out in the weather. That is what I used. Dissolve the rust off of them with vinegar. That gives you a solution of iron in the +3 state.” Sam said.

“Then visit Gabby Gonzales and ask her to give you some beer wort that just started fermenting. Mix three parts vinegar solution to one part wort. Make sure you screw the cap on loosely. The yeast will steal the extra oxygen from the iron and convert it to the +2 state. It is called Biological Oxygen Demand.”

"When the iron in the +2 state encounters tannin it forms a complex with it. Think of it as being like two dancers who don't want to let others cut in." Sam Wilder said. "When it dries out, the iron switches back to the +3 state and becomes ink."

"Ink?" Paul asked with a puzzled expression on his face.

"That is how they made ink in the middle ages. They ground up oak galls, soaked them in water and mixed the 'tea' with ferrous sulfate." Sam said. "It soaked into the paper and then the air changed the iron to the +3 state and made the ink was dark. It was really permanent because it was not on top of the paper, it was in the paper."

A diabolical grin crossed Paul’s face. “Can you imagine what ma is gonna say when she finds us with whiskey bottles and smelling like beer?” It was almost as if he was looking forward to the event.

“I should probably talk to her before I give you the bottles.” Sam said, belatedly.

“And you want us to tell you where we find the tannin?” the Paul asked.

Sam looked benevolently out over the assembled Shaw progeny and said “Nope. I want you to go into the tannin business. I asked around and the Shaw family never gouged anybody on the price of lime. Don’t expect you would start with tannin. A fair profit for fair work.”