Some features of disaster resistant houses 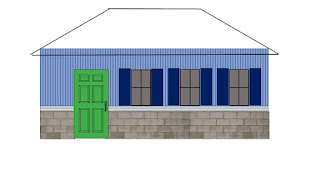 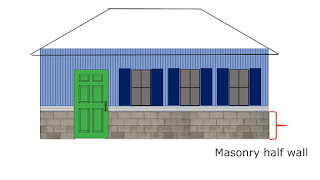 In many countries, cinder blocks or the local equivalent are the least expensive building material. From a structural dynamics standpoint, the bending, rending and twisting motions on the house are dominated by stiffness at the bottom of the structure and are dominated by mass at the top.

The ideal structure would be stiff at the bottom and light-weight at the top. It makes economic and structural sense to use a cinder block half-wall and to design around the material's limitations. 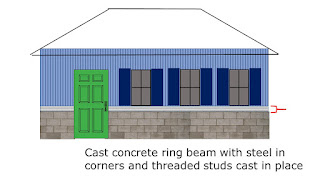 A ring beam is a continuous, or near continuous beam along the top of the cinder block wall. Relatively short lengths of concrete rebar are used in the corners to countermeasure cracks that want to "grow" from the interior angles.

---added after RBD noted that I did not specify the material for the ring beam---While the beam can be virtually any material as long as it is available in long lengths and it can be joined to efficiently pass the loads from one length to the next, in most of Latin America poured concrete would be the material of choice. It is inexpensive and and can be poured to make a continuous beam.

The ring beam also serves to mitigate against termites working their way up the insides of the cinder blocks from the soil line. 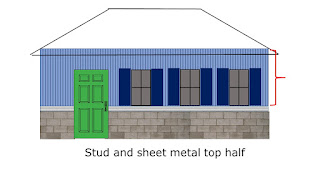 Stud and sheet metal construction is light weight and fire resistant. Sheet metal ties the studs together to resist shear in the plane of the wall, i.e. racking. 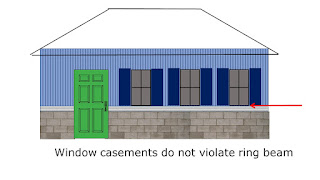 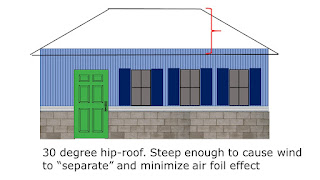 Hip roofs are the roof shape of choice in areas with high winds. Contrary to intuition, a steeper roof is better in a high wind because "separation" is physically identical to an airplane wing stalling at a high angle of attack. That is, they both lose lift because the air flow lifts off the surface and back-circulation causes a loss of lift. 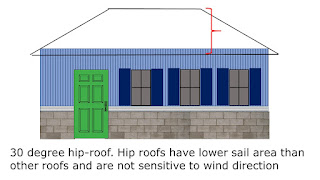 Hip roofs present the minimum amount of sail area to the wind for a given pitch. They are also not sensitive to wind direction. 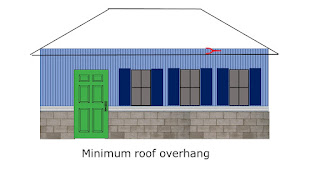 Use awnings if you want shade. The hurricane may rip off the awnings but you will still have a roof over your head. In areas of wild fires, skip the eve troughs. 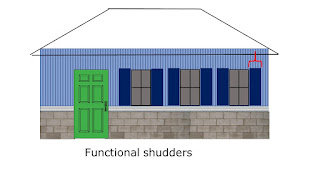 If the roof is painted white (steel), then the solar loading will be minimized as you wait for the power to come back on. 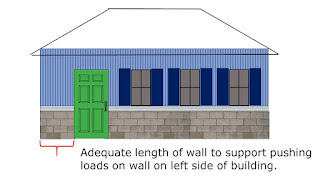 Cinder block walls are vulnerable to bending in-and-out of the plane. Angles stiffen them but not if the angled buttress is too short. 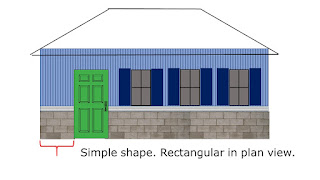 Small and simple to avoid vast expanses of cinder block wall without support perpendicular to the plane. If the structure gets big, then interior walls need to be cinder blocks as well to buttress those expanses.

None of these features are incredibly expensive but they do require forethought and do add a little bit to the cost.