The loft in Kubota's room is almost done.

The steps up to the loft fall somewhere between steps and a ladder. 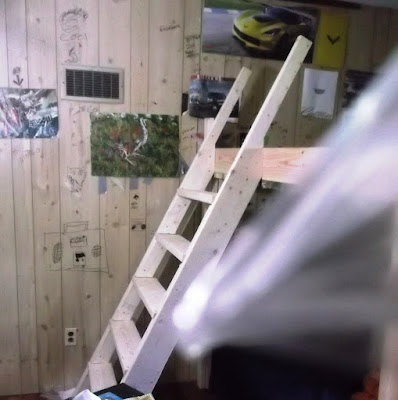 The rise-over-run is 2:1.  The verticals are 2-by-6s with 9.7" long segments of 2-by-4s spanning between the top of one horizontal and the bottom of the next horizontal.  The steps have a 10" vertical rise with a 5" horizontal run. 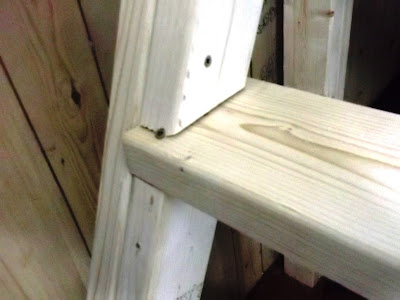 The horizontals are thirty inch long pieces of 2-by-6.


A generous number of deck screws were used to attach the top to the frame of the bed at the top.  One deck screw was shot through each foot of the "ladder" into the hardwood floor. 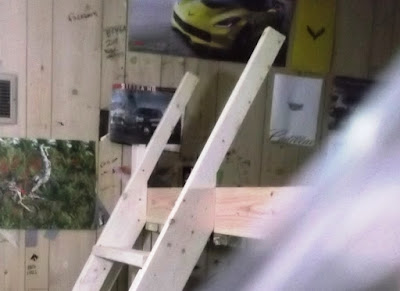 Eighteen inches of "handle" was left above the bed frame to facilitate drowsy young, Master Kubota finding the ladder even in the darkest of nights.  The portions of the 2-by-6 verticals above the bed frame were trimmed in the width dimension to make it fit his hand better.  It also provides clearance to the mattress so it is easier to change linens.


Belladonna thinks she found a way to take her dog to college with her.   She very carefully read the rules and may have found a loophole.

She really wants to take her German Shepherd.  Personally, I think he writes her papers for her.....he always mixes up "there" and "their".
Posted by Eaton Rapids Joe at 7:57 AM