I went to the Michigan Deer and Turkey Expo 10 miles from my home.  Belladonna was working.  I took her a bouquet of flowers.

Bella is currently between boyfriends.  I am Belladonna's first and forever boyfriend.  I tried to tell her that nearly all high school boys are like the loaner cars the shop gives you while you wait for YOUR car to get ready.  My observations provided little consolations.

Wisdom is a half swallow of warm spit compared to the endorphin rush of a boyfriend, no matter how mediocre the boyfriend.

I dropped off the bouquet and then toured the expo.

The price of items continues to rise.  Bows are fancy.  I saw a deer blind that was little more than a porta-potty, less the fecal extraction capability for a whopping $5900.

I picked up three DVDs from Michigan Whitetail Pursuit.  We are watching it now.  They are fantastic. 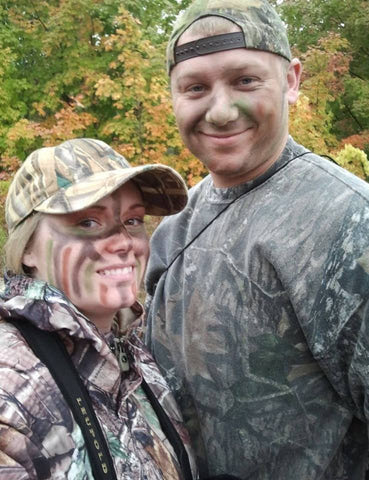 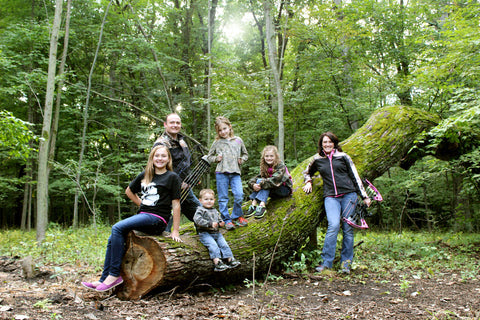 And they are a lot like me.  They get excited about harvesting a doe or a seven point.  None of this "bored", I only shoot 190 class bucks.  The woods and fields look like where I hunt.  Sometimes the shot requires a 500 yard tracking job.  Sometimes it is a short tracking job but the cover is so daunting that they get "the hound"".  And every once in a while they shoot a tree growing in front of the deer.

This is a good gift if you want to watch regular people hunting whitetail deer.

For the uninitiated:  Michigan has progressive seasons.  The earliest seasons, while the deer are most naive, are for disabled and young hunters.  The next season is for bow hunters.  The middle season is regular firearm season.  The next season is for primitive arms.  The final season is late doe season.  The general thinking is to maximize the success rate for hunters going afield.  The least sophisticated arms are in season while the deer are least wary.  The season ends with doe season for those who still need meat in the freezer.
Posted by Eaton Rapids Joe at 7:46 PM