I took Kubota and one of his friends to the February Lansing-Mason Gun Show.  I took Kubota because Mrs ERJ was at a Christian Women's Weekend of Reflection and Kubota was moping after breaking up with his girlfriend of three days.

Kubota's friend had never been to a Gun Show.  Afterward, Kubota confided in me that his friend wore him out.  His friend never stopped chattering.


Reloading supplies are coming back.  One supplier brought 90,000 assorted primers and they were 2/3s gone halfway through the show.  Prices were entirely reasonable.  1000 CCI small pistol were $32.50.  I can find cheaper prices on the internet until you factor in the Haz-Mat fees.

One pound cans of powder were available at $26-to-$30 per pound.  I even saw an eight pound jug of TAC which had to be as rare as a cricket at a hen convention.  The supplier was asking $170 for the eight pound jug.


Yup, they had it.  FMJ commodity bullets were $25/hundred.  Name brand, loaded jacketed hollowpoints were about a dollar a round.  The least expensive 7.62X39mm was $6 for twenty.  Bricks of .22LR were available for $50.

Perhaps I exaggerate to say she was a Sarah Palin look-alike.  The young lady in the booth was a tanner, leaner and whippier version of Sarah.  She had Sarah's smile, Sarah's cheekbones, Sarah's eyeglasses and Sarah Palin's sweater.

I hate to see girls reduced to begging strangers to accept tokens of their affection.  It is bad for their self esteem.  I took her up on her offer, even though I am a happily married man.  It seemed like the Christian thing to do.


I bought Belladonna some earrings.  We have different tastes in jewelry.

It is my studied opinion is that earrings should look like fishing lures.  After all, a successful fishing lure must first attract the affection of a fisherman.  To my way of thinking, the perfect earring would either look like a Mepp's #2, silver spinner with a goodly tuft of fluorescent marabou or bright bucktail for a streamer -or- a jigging Rapala in a metallic perch finish.  Furthermore, I can point to Matt 4:19 as Biblical support for this approach.

For reasons that I cannot comprehend, Belladonna stubbornly retains her impoverished taste in earrings.  I keep trying to buy her jewelry and then I must stoically endure her rejections.  At least I have the solace of a well stocked tackle box.

I made another attempt at today's Gun Show. 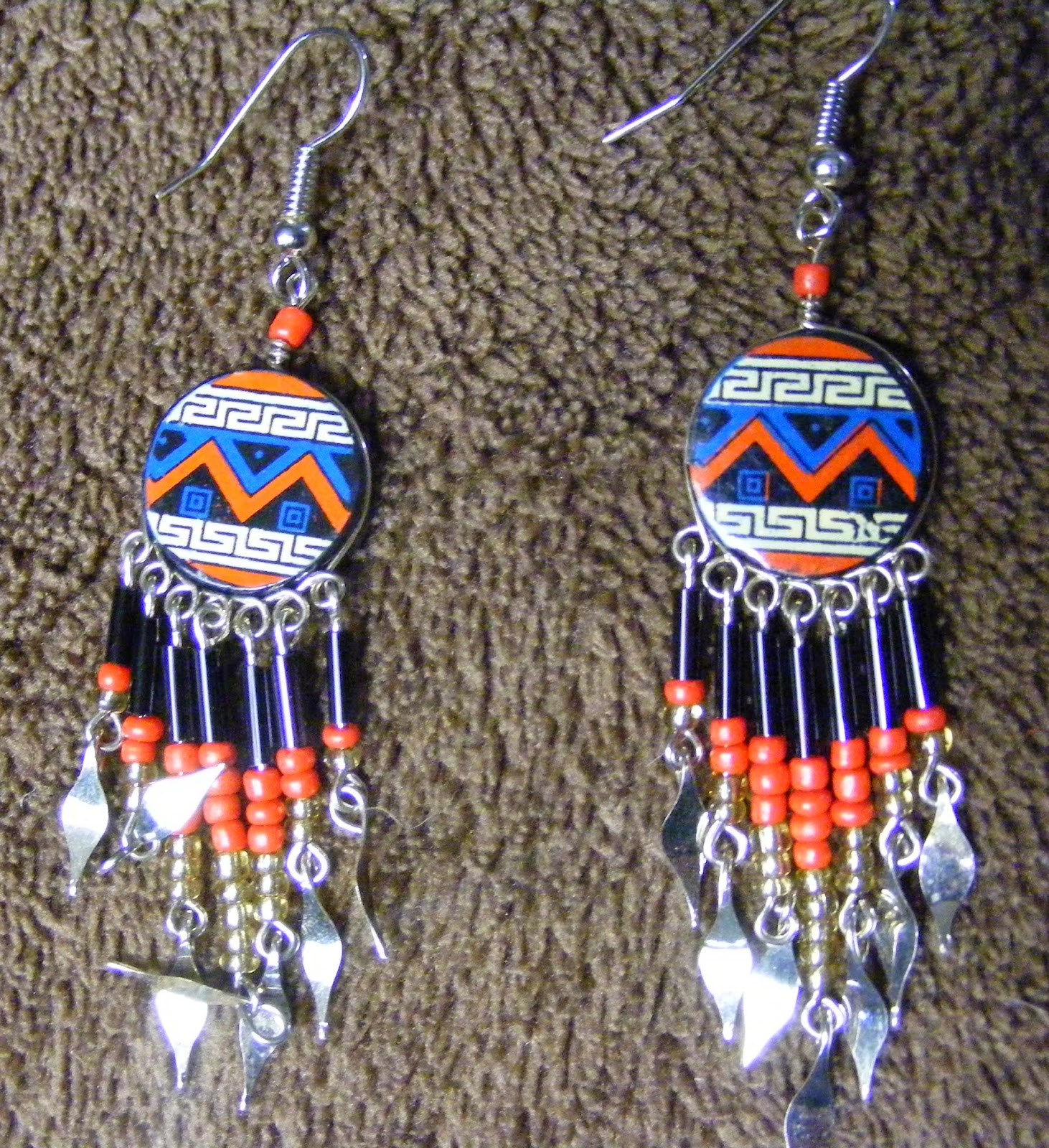 These earrings appear suitable for Rock Bass, Smallmouth Bass and all species of trout and char.  They would catch White Perch, Crappie and, with a teaser of nightcrawler, will be awesome for Walleyes.   And those are just the freshwater species....of fisherman.

Once again, Belladonna refused my fashion advice.  Crushed and dismayed, I will tuck these above the sunshade of the minivan.  You never know when you will run across a decent fishing stream with a few extra minutes to kill.
Posted by Eaton Rapids Joe at 11:34 PM