Pretaliation. It Pays to Enrich Your Word Power

Anybody who has coached can tell you that the person who retaliates is the player who is assessed the penalty.

The first infraction is usually done outside of the official's direct lines of sight.  The original infraction puts them on high alert and they shift their focus.  The player who retaliates gets the penalty 90% of the time. 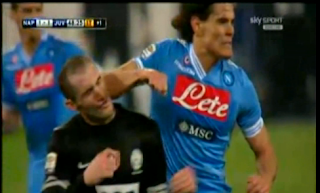 Pretaliation is the act of proactively redressing a wrong that has yet to occur.


For example: person who has a pathological need to dominate is called a bully. They are usually smart enough to select victims who cannot effectively defend themselves, either physically or through the human relations processes.

It is rumored that teams have pulled together and each team member taken a shot at the bully.

The first time it happens, both parties get the starting penalty....let's say three days without pay.

The second time it happens, the bully gets the next step in the progression (let's say a week) and the pretaliator, a different individual than the first pretaliator, gets the starting step...three days off.

The third time it happens, the bully gets the next step (let's say two weeks)....

The forth time it happens the bully gets a month off.

The fifth time it happens the bully needs a new job.

This is sometimes called walking the plank.  It is a case of the team taking turns walking the POS down the plank.
Posted by Eaton Rapids Joe at 8:19 PM