I am spending more time at the Eaton Rapids Healthworks as the weather deteriorates.  It is a small "gym" associated with the Eaton Rapids Medical Center.  The Medical Center is a small, stand-alone hospital that is affiliated with one of the large medical groups Lansing.  Healthworks started out as a physical rehab center and then somebody realized that additional value could be wrung from the investment in equipment if the general public could use it.

I have a favorite treadmill.  It is the one that gives me the best view of the outside.  This is what I saw today.


"Dick" is one of the regulars who exercises in a time slot before I do.  Dick is a tough old bird of about 72.  He is tall and all angles and planes; stretched fabric, tubular steel and piano wire.  He reminds me of one of these: 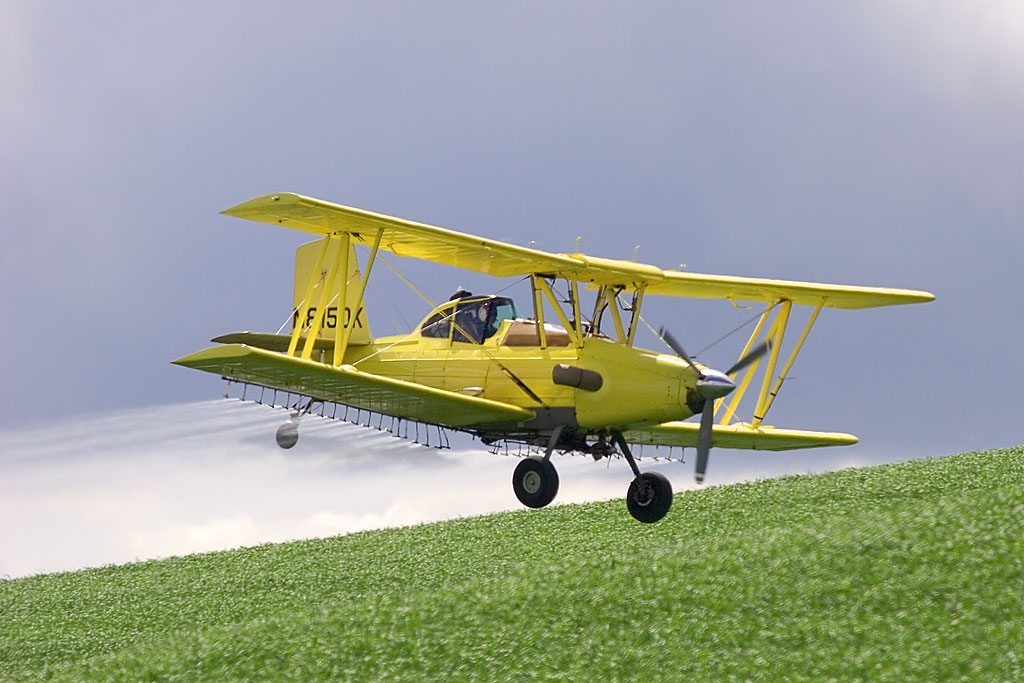 The reference to tubular steel was not entirely metaphor.  He has a full leg prosthesis.  It only slows him down a little bit. 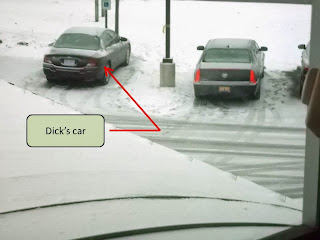 As I was running on the treadmill I watched a gentleman clean off Dick's car.  He must have been leaving the locker room as Dick came into it at the end of his workout. 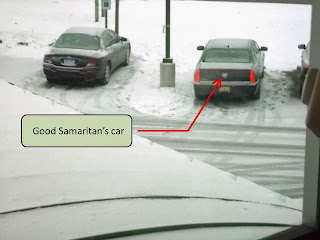 This is a picture of the Good Samaritan as he started to back up and leave.  The windows on Dick's car are as slick as a whistle.  Dick got into his car and left about two minutes later.