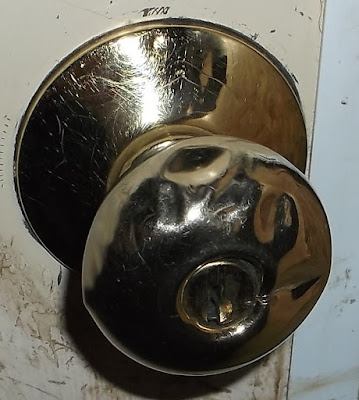 
Wild Willie is one of Kubota's friends.  Due to a variety of reasons, his family does not have a vehicle nor are any of his adult family members licensed drivers.  He needs 100 hours of supervised driving to turn his learner's permit into a license.  Consequently, I often find myself in the passenger's seat while Wild Willie is driving.

Nothing hammers the fundamentals home more than teaching a newbie.

"Distance is time.  Time is safety."

"Drive in the center of the dirt road because you don't know which side a deer might jump out from."

"Nobody is going to charge you rent on the space between you and the car in front of you.  Give yourself space, lots of space."

"You must to stop watching Fox News.  I think they are manipulating you.  They just want to make you fearful.  You should listen to news that reports the positive things."

Taken to the ridiculous extreme, the eighty year old woman should take down her smoke detectors.  After all, they only report bad news.

I did not need to comment.  The eighty year old was more than capable of ignoring the do-gooder.

The art of...social warfare evolved to a stagnation point during the Middle Ages and then became obsolete during the evolution of the military industrial complex and modern world warfare that included airpower and massive tank warfare. It was not revisited and perfected until the mid-20th century, in a small country police action in a faraway country called Viet Nam.

He then goes on to describe systems that provide early warning and impede the bad guy's progress.  Distance is time.  Time gives you options.

Rural locations offer many advantages.  They also have some disadvantages.  According to Fer-FAL, rural locations are particularly vulnerable to home invasions.  Isolation is the bad guy's advantage.  There are few nosy neighbors to watch the bad guy and his two buddies skulk around back, waiting for you to come home.  There is nobody to hear you scream for help.

The sad fact is that most of these rural break-ins and invasions are by people who know you in a peripheral way.  They know what you have, where you keep it, when you are vulnerable.  If "caught" they can claim that Jimmi or Billy or Samantha told them to come over.  It is their Get out of Jail free card.

The average Joe must consider whether they can shoot somebody they sort-of know.  The average Joe is probably better served with a three ounce canister of bear spray that they will use without hesitation than by a gun they do not know how to use or will hesitate to use.

The ERJ homestead is amply supplied with both pepper spray and firearms.  We like our perps well seasoned.

The stereotypical home invader is not a lone wolf.  They travel in packs.  The first one will get hosed with the entire can of pepper spray.  The rest get lead.  Failure to haul ass when the point man is hosed is proof of ill intent.

I occasionally get accused of being a fear monger!?  I see preparing for known, proven threats to be no different than advising Wild Willie to allow a generous two seconds of gap between our vehicle and the car in front of us.  Nor do I see it as any different than installing smoke alarms and keeping the batteries up-to-date.

You are entitled to you own opinion.  I advise you to call before visiting our house.