How you finish that sentence tells much about your character.

In the interest of self-disclosure, I answered it, "Karma is a mirror!"  But I had the chance to give the question much thought.


I have a fruit growing friend who lives in Kentucky.  One spring he asked me if I had any Shinko pear scionwood that I could spare.

This friend has been Santa Claus with regard to sharing all kinds of genetic material. Every year he sends out care packages to a wide circle of fellow fruit growers.  The year before he had sent me a package that included Shinko scionwood.  I suspect that he mails out close to a face-cord of scionwood every spring.

It matters little to him if your grafting success rate is in the single digits.  His packages are so extravagantly generous that there is always at least one "take" even with single digit success rates.  I think he gets stoked because he can make the world a better place by the simple act of mailing the trimmings pruned from his trees.

...And then a tragedy struck his farm.  Apparently, his Shinko pear tree leapt in front of a herd of stampeding bulldozers, there-by saving the entire efamily.  Attempts were made to resuscitate the tree but the injuries it had sustained during its heroic action were so grave that the attempt was futile.

My friend is a master of Karmic Insurance.  It is not coincidence that his nickname is "Lucky".  He creates his luck the way the Dresden firestorm created its own draft.


It seems to be easier to "buy" Karmic Insurance in small towns and in rural areas than in cities.  People are more transactional and more suspicious in cities.  Maybe they have to be.

A purely transactional approach to life kills Karmic Insurance.  Others are leery of doing you a good turn for fear of resetting the official exchange rate or perhaps establishing a precedent that becomes a new entitlement.

We saw much Karmic Insurance in Eaton Rapids this week.  We had a severe thunder storm go through Eaton Rapids earlier this week.  The officials asked the country mice to stay out of town until it was cleaned up. 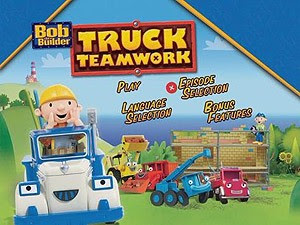 Mrs ERJ had to travel through town the next day on business.  She described a scene out of Bob the Builder.  Trucks pulling trailers were queued up at the curbs.  Men were chainsawing.  Younger kids were moving the cut limbs to the curb.  The high school kids were pitching the chunks into the trailers and truck beds.

There was no shortage of trucks, trailers, chainsaws or operators.  Belladonna reported that crews had worked until 2:00 AM the night before.  They were workig under lights powered by generators due to a citywide power outage.  The country mice really would have been underfoot.

Those crews bought a lot of Karmic Insurance these last few days.  They cleaned up the messes from the yards of 70 year old widows, cancer patients, and the yards of 84 year old men (Happy Birthday, Charlie!)  They did not ask.  They saw what needed doing and they did it.  Need was seen as sufficient permission to step in and  help others.

I tend to think that there are 100 naysayers for every person who is willing pick up a broom, a shovel or a chainsaw and fix a problem.  I was proven wrong by the storm.  I don't mean to imply that this is unique to Eaton Rapids.  My gut feel is people step-up in every community whenever the need is apparent.

Sometimes it is good to be wrong.