I made a trip today out to my parent's property.  They have a grove of Black Locust.  Some of them have outstanding tree form.  Others look like they were drawn by Dr Seuss.


My plan was to drill some diagonal holes into the nasty looking trees and shoot them full of herbicide.  Cutting Black Locust does not work because it suckers profusely.  The number of trees with inferior genetics would increase rather than decrease.

That plan fell apart because Black Locust wood is both hard and the chips are gummy.  My drill was not up to the task.  I will have to use a chain saw to make some diagonal slices into the tree.

The rearmost part of the system was dragging on the ground.  Think "Pole vaulting".

The car was VERY loud so I took back roads home.  No sense calling unwanted attention to my car by driving through towns.

I was very proud of myself


It died 9 miles from home. 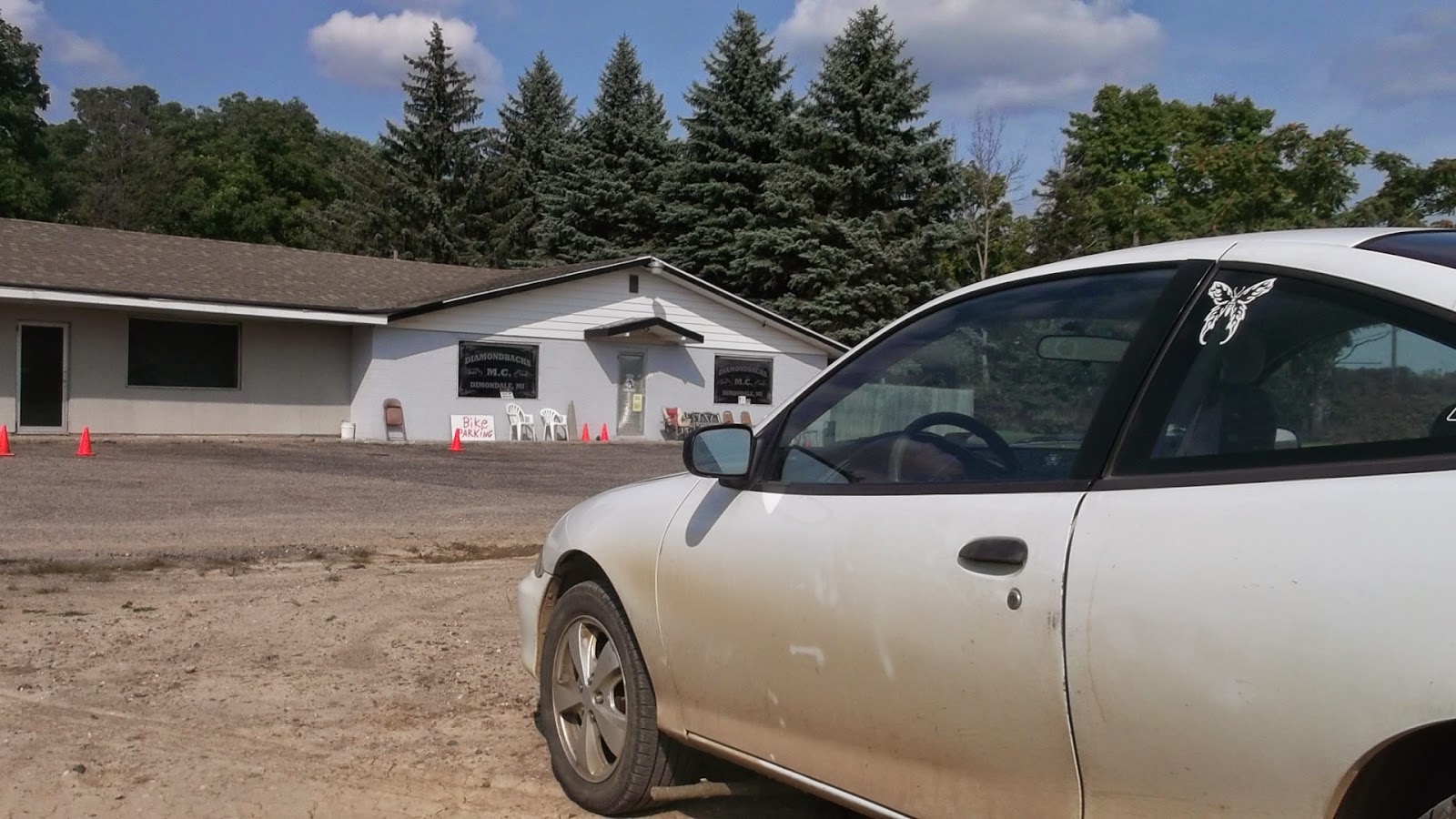 I was in the parking lot for an honest three minutes when a pickup truck came flying over the berm and skidded to a stop next to me.  A fellow dressed completely in black popped out the driver's door.

"What are you doing here?" he asked.

"My car broke down.  I just checked the fuse to the fuel pump but that is fine." I replied.  His interest was piqued.

Saved by the brotherhood of Ἥφαιστος, we were fellow acolytes of St Eligius.

He apologized for being so abrupt.  They had problems with people doing donuts in the yard and he happened to be driving by and saw my car...thought he had caught the culprit in the act.  He suggested a few things we could check out.

We were not able to figure it out.  He suggested that I put a sign in the window, "Monk gave me permission to park here for 24 hours." with my phone number.  He said it was Friday night and the club was scheduled to have "a meeting".

For what it is worth, the vehicle had not been touched when we came back to haul it away.  Because of Monk's blessing it was as safe from molestation as it would have been on an island in the middle of a shark tank.

It now sits in my driveway awaiting funds to get it fixed.  While it is here I will change the fuel filter and check for fuel flow.  I will check for spark and all of the other easy things.  Maybe I will get lucky.

One thing about retirement is that less-money means fewer-resources means better-and-more-frequent-communication with one's spouse.  That is not a bad thing.
Posted by Eaton Rapids Joe at 6:50 PM