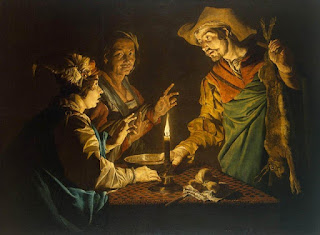 One basis for my pessimistic predictions regarding the Trump Presidency is my belief that people do not change.

Our very earliest written history tells us that people were willing to trade away their birthright for temporary comfort or gain.


When the time of her delivery came, there were twins in her womb. The first to emerge was reddish, and his whole body was like a hairy mantle; so they named him Esau. Next his brother came out, gripping Esau’s heel; so he was named Jacob. Isaac was sixty years old when they were born.

When the boys grew up, Esau became a skillful hunter, a man of the open country; whereas Jacob was a simple man, who stayed among the tents. Isaac preferred Esau, because he was fond of game; but Rebekah preferred Jacob.

Once, when Jacob was cooking a stew, Esau came in from the open country, famished. He said to Jacob, “Let me gulp down some of that red stuff. I am famished.” That is why he was called Edom.
But Jacob replied, “First sell me your right as firstborn.
“Look,” said Esau, “I am on the point of dying. What good is the right as firstborn to me?”
But Jacob said, “Swear to me first!” So Esau sold Jacob his right as firstborn under oath. Jacob then gave him some bread and the lentil stew; and Esau ate, drank, got up, and went his way. So Esau treated his right as firstborn with disdain.   Genesis, Chapter 25 verses 24-through-34 NAB

Does it really matter who is president when so many people are fighting for the chance to give away their birthrights?